Who is entitled to use a diplomatic passport in Ghana 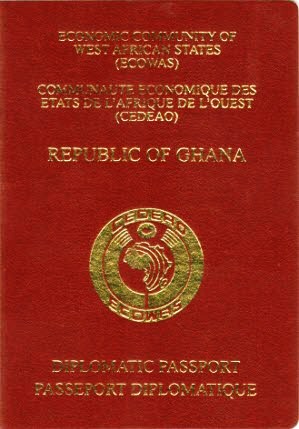 Nayele Ametefeh’s attempt to smuggle illicit drugs into the United Kingdom has opened the gates for more education to be shared on persons entitled to use a diplomatic passport.

It was alleged she used a diplomatic passport enroute to the UK and although ministers of state have come out to deny the story, it is just fair to educate the masses about the various types of passport.

A former deputy minister of Foreign Affairs, Hon. Shirley Ayorkor Botchey explained on PEACE FM that there are three types of passport issued to Ghanaians by the State. She explained that there is the normal, service and the diplomatic type issued out depending on your status in society.

Ordinary men and women, she revealed, are entitled to the normal type whereas the service type were given to heads of organizations who perform tasks on behalf of government overseas.

The diplomatic type  is meant for diplomats, workers of the foreign affairs ministry who have been assigned to work outside Ghana, ambassadors and their nuclear family; high-level officials like the president, his vice, the chief justice and parliamentarians.

Lastly, Hon. Ayorkor Botchey adds that government has the power to hand over a diplomatic passport to any person although it is rare, she established.