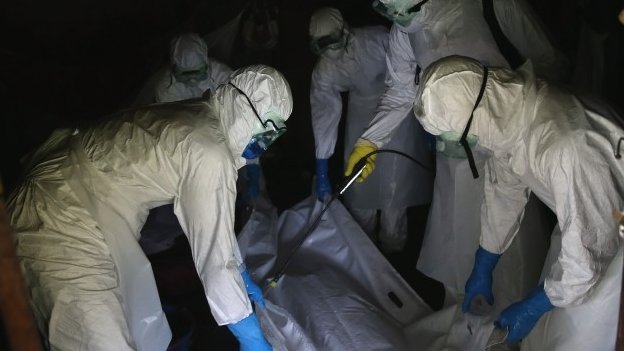 The number of people killed in the Ebola outbreak has risen above 4,000, the World Health Organization has said.

The latest figures show there have been 8,376 cases and 4,024 deaths in the worst-affected West African nations of Guinea, Liberia and Sierra Leone.

The news comes as Liberian MPs refused to grant the president additional powers to deal with the Ebola crisis.

President Ellen Johnson Sirleaf has already declared a state of emergency that allows her to impose quarantines.

One parliamentarian, Bhofal Chambers, warned that creeping extra powers could turn Liberia into a “police state”.

The total death toll of 4,033 includes the death of a Liberian man in the United States this week and the eight people who died in Nigeria, where health authorities say they have now contained the virus.

The UN says more than 233 health workers working in West Africa have now died in the outbreak, the world’s deadliest to date.

A nurse in Spain is being treated for the virus after becoming infected after an Ebola patient who had been repatriated from Liberia – the country most badly hit by the disease with 2,316 deaths.