In May, Twitter started testing a dedicated Periscope button with a small percentage of Android users (a small group of iOS users got it in early June).

On Wednesday, Twitter announced the feature is now available to everyone, on both platforms.

When you compose a new tweet in Twitter’s official Android or iOS client, you now have anoption of adding a photo, a video, or go live with Periscope.

If you don’t have the Periscope appinstalled, you’ll be prompted to download it. 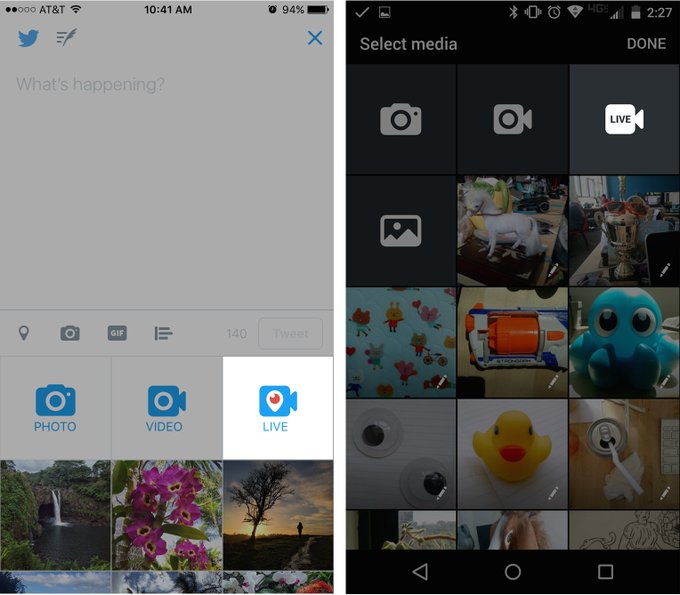 Ready to go live? Now everyone can tap a new button on iOS & Android to easily broadcast on #Periscope from Twitter!

The feature is still not as prominent as it could be — for example, Twitter could’ve placed it on the uppermost row of icons, together with location, media, GIFs and polls.

Still, it’s an obvious reaction to Facebook Live, which is fast taking a central place in the Facebook user experience.

The Twitter-owned Periscope app recently made some important changes as well, giving users the ability to save broadcasts in May.

The app will likely see a boost from its dedicated button in Twitter, giving it a better position to compete with Facebook Live.