Transparency International: “GFA among most financially unaccountable in the world”

The Ghana FA is among the most opaque in the world when it comes to transparency of its operations, according to a new report from Transparency International (TI).

The global anti-corrution agency says most of FIFA’s 209 member associations publish little or no information about how they spend millions of dollars from world football’s governing body.

The study sheds light on what it says is the potential for corruption. It also looks at the governance structures of the federations.

The damning indicting asks one question: what do the the FAs do with the more than $1m they each received from FIFA in 2014?

It is a question that only recently surfaced in Ghana when UK High Commissioner Jon Benjamin was lambasted by the FA for meddling in its affairs after he had made similar observations.

This latest input from TI will further harden allegations that the GFA needs to be overhauled in terms of its operations.

Indeed, 168 federations – the Ghana FA included – do not make financial records publicly available and 85% of FAs publish no activity accounts of what they do, the report shows.

The report also scored the GFA zero in all four categories of its 2015 Football Governance League Table.

Ghana, Burkina Faso, Gabon, Comoros, Eritrea and Algeria are amongst the worst run associations in Africa, the report notes. Egypt scored in three out of the four categories, representing Africa’s highest in terms of the level of transparency.

Transparency International looked at how FAs account for their activities based on the information publicly available on each FA’s official website. They chose four basic areas of information drawn from a work on the Business Principles for Countering Bribery in small and medium-sized enterprises and Transparency in Corporate Reporting.

These methodologies were developed to identify best business practice for countering corruption. Scoring was split into four categories, and a point was given for each of the following:

The study reveals that the Ghanaian FA scored zero in all four categories of the transparency index.

Only 14 out of the 209 FAs – Canada, Denmark, England, Hungary, Iceland, Italy, Japan, Latvia, New Zealand, Northern Ireland, Norway, Portugal, the Republic of Ireland and Sweden – publish the minimum amount of information to show what they do and how they spend their money.

FIFA says the money is for football development. But other than a partial accounting on the FIFA web site, there is no clear way to track what the FAs did with all that money.

Transparency International looked for what information is publicly available on the websites of the activities and expenditures of the 209 FAs and six regional Confederations.

“We wanted to find out how transparent they are about the money they receive from FIFA and their other revenues,” the group says.

“Many of the FAs and the confederations have income from sponsors, broadcasting licenses, ticket sales, international matches and other sources in addition to the funds for FIFA.”

The report goes on: “While they prominently display the logos of their sponsors on their homepages, little to no information is provided on the value of these deals and activities. We also sent emails to all 209 FAs asking them for links to the information because many websites are hard to navigate and the information hard to find.”

“The risk of corruption at too many football associations around the world is high,” said TI director Cobus de Swardt.

“This problem is made worse by the lack of information such as audited financial statements by many associations.

“FIFA needs to enforce better governance on its members as well as on itself. The good that football can do is tarnished when corruption is allowed to flourish.”

With the five-man race on to replace Sepp Blatter as FIFA president after months of crisis and scandal at the federation, Swardt added: “Any incoming president of FIFA must make it a priority to create more accountable governance throughout the organizations from the bottom, as well as from the top.”

TI has made a series of recommendations to FIFA. It calls for the world federation to mandate all its members to make publicly available the following information as a pre-requisite for membership and financial assistance: audited financial accounts, an annual activities report, code of conduct and organizational statutes.

The anti-corruption body also wants FIFA to make easily accessible all charters and annual activity and financial reports of associations on its main website, while the confederations are urged to publish financial accounts and codes of conduct on their websites.

The International Centre for Sport Security described the new research as “a damning indictment on financial transparency in football”, saying it was a timely examination of the level of financial and functional transparency in global football governance.

It is not clear what the GFA’s response will be, days after high profile investigator Anas Aremeyaw Anas hinted that there is endemic corruption at the heart of the FA’s operations. 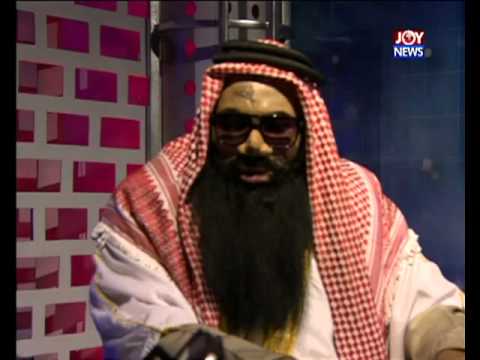 The GFA boss has repeatedly swatted these corruption claims, which have gained grounds throughout his 10-year tenure of office. Kwesi Nyantakyi said on Monday that he wants anyone with evidence to report the GFA.

“Eighty to eighty-five percent of statements against the GFA are all false. People keep on saying the members at the FA are corrupt. If someone says you have embezzled money there must be an evidence of the money you have embezzled.

“If someone has any evidence of Kwesi Nyantakti been corrupt, you can report me to the Police for an investigation to take place to know whether it is true or not.”

“The rumours and the false statements are too much about the GFA. I’m not surprised the interest is so high because it is everywhere. Passion for soccer in Argentina, Brazil, Nigeria and Ghana are the same.”

Anas, who has gained notoriety for his secretly recorded videos of high-profile public officials engaged in corruption, seems to be swinging his lenses at the Ghana FA.

He had told Starr FM: “There is some rot clearly and I have some evidence of that. Just let time be the decider.”

His most recent work has shaken the Ghanaian judiciary, after his outfit, Tiger Eye Private Investigations, exposed 34 judges in compromising situations.