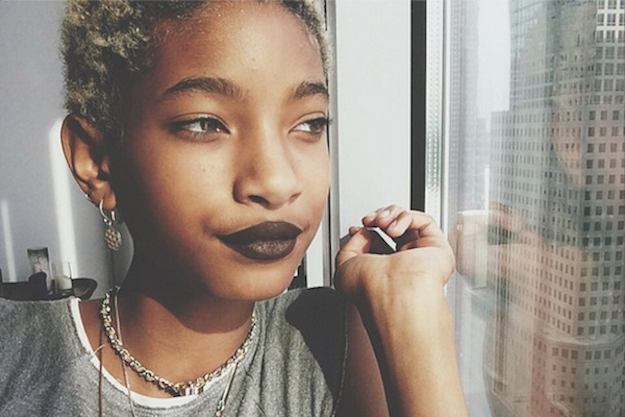 Alternative is not a word I would have ever used to describe myself at any point in life. Alternative is not a word I would have used to describe any Black woman or girl, no matter how closely she aligned with an “alternative” aesthetic. Like most people, I believed that alternative culture was the property of whiteness, so I either hid or denied all my alternative inclinations. I told no one that I loved groups like the Red Hot Chili Peppers and Third Eye Blind, or that I fed myself on art house films.

This denial made it difficult for me to see that my attraction to artists such as Kelis and the late Lisa “Lefteye” Lopes lied in the fact that they presented themselves in the same way as many whites in the alternative scene. Black girls simply were not alternative. Being alternative in some way meant being white, so Black women and girls in these scenes were not only seen as embracing whiteness, but also eschewing their blackness.

There are many reasons I finally realized Black girls could indeed be alternative and were in fact catalysts behind many alternative trends and movements. One of them was that I realized a lot of the indicators for alternative lifestyles were taken from Black cultures and the cultures of other people of color: tattoos, piercings, scarification, and other forms of body modification, as well as alternative fashion and music almost always originate from Black and Brown people.

Yet I was in grad school in the mid-2000s before I ever heard of Afropunk. The documentary brought to light the struggles of Black musicians and fans to be accepted in the punk scene, as they could not get away from the racism that permeated a predominantly white male alternative culture. (Laina Dawes discusses many of the same struggles in her book on Black women in heavy metal, What Are You Doing Here?)

Afropunk was one of the few spaces I ever heard of that embraced Blackness as part of an alternative scene. This was the space in which Black girls could wear their multi-colored hair, their leather, their spikes, their not-so conforming makeup and clothes. This was the space where it was okay for Black girls to be “different.” However, with its growing audience, the Afropunk festival may still provide a safe space for Black alternatives during the summer, but it also allows mainstream audiences to attend the festival and pilfer the Black alternative aesthetic, once again taking Black coolness and claiming it alternative for white consumption.

This is why social media spaces such as Tumblr are so important when it comes to curating safe spaces for Black people who embrace an alternative perspective. While it is possible for them to be infiltrated, these spaces not only acknowledge how alternative looks and sounds, but they also recognize the struggles that come with being a Black girl who goes against convention. There are blogs that celebrate Black goth girls, Black girls in rock and heavy metal, Black girls who color their hair in ostentatious colors, and other types of alternative Black girls.

Not only do these blogs celebrate those who do not conform, but they also point out that we still struggle with race issues (and other marginalizations) within our own alternative scenes. They bring to light the struggle that many of us face when we bring our visibly alternative inclinations out of cyberspace and into physical public space. We understand that there are places in which it is still unacceptable to be alternative. I may get away with black lipstick and a goth aesthetic at a feminist sci-fi convention like WisCon but will still get judgmental looks when I walk about town in a goth style.

We’re also aware that sometimes only specific kinds of Black girls are allowed to embrace an alternative aesthetic in a way that hinges upon colorism and other marginalizations, such as body size and ability. For instance, Nicki Minaj once embraced loud pink hair and other visible signs that would have been read as alternative on a white person. However, on her it was seen as embracing whiteness, rather than a desire to play with and own her own identity. The same happened to Lil Kim, whose multi-color and blond wigs were read as a desire to be white. Perhaps the reluctance to label them as alternative occurs because of the specific genre in which they work, but also darker-hued Black girls are usually not given as much license to freely embrace an alternative aesthetic.

The animosity thrown at Kim and Nicki shows a contradiction in the ways we police blackness. We keep the lines of what constitutes “authentic” blackness within rigid boundaries and those, especially women and girls, who step out of those boundaries are scrutinized heavily and assumed to reject blackness in playing with styles and aesthetics outside of the accepted ones. What other explanation could there be for a Black woman who decides to wear blond hair?

Of course colorism is not the only way we hinder Black women and girls from exploring alternative styles. As someone recently pointed out in a Tumblr post, Afropunk was first primarily attended by Black people who did not fit into able-bodied expectations. However, these days we primarily see photos of thinner, able-bodied people, erasing those who may have first attended the festival looking for a safe space to be seen without ridicule or derision. At least Nicki and Kim were seen and given some validity because of their beauty, but Black women with larger bodies that do not conform to the thin waist, heavy bottom expectation are not only ridiculed, but also ignored.

Only recently do we see Black girls celebrated for their willingness to go against conventions of what it means to be “black.” FKA twigs can be considered alternative and has garnered a mainstream following with her music and videos. Many are now recognizing Jada Pinkett Smith as an alternative Black girl, not only because of her visual aesthetic but also for the ways she allows her children to be themselves, as well as her tenure in the heavy metal band Wicked Wisdom. Zoe Kravitz has also become the go-to girl for those who need an example of what it means to be an alternative Black girl. All these women have a degree of light-skin and beauty privilege, but they do not get the same vitriol once tossed at Kim and Nicki.

Even with these restrictions, many who do not fit the light-skin, thin, able-bodied aesthetic still play with alternative styles and lifestyles. Part of this is because we more easily see summer festivals like Afropunk and Coachella that bring out the freak in almost everyone. We’ll see Black girls with shaved heads, Black girls with blond locs, Black girls in Sex Pistols tees, Black girls cosplaying as Harley Quinn, Black girls displaying their inner wood fairy, and Black girls with henna tattoos on their hands. I definitely trot out all my boho chic for the local summer street festivals.

This does not mean all is well with Black alternative girls. We find solace in our Tumblr communities, but we must still reassure our blackness at every turn. We carefully navigate spaces where we know our blackness may be questioned. Or, on the flip side, we are seen as the “token” Black girl on the scene. However, we find ways to embrace our identities and passions, so that we all make it safer to be an alternative Black girl not only in designated alternative spaces, but in the world.