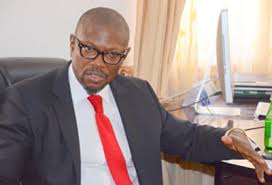 The Ghana Telecommunications Chamber is confident the black market for smartphones in the country will be dealt a significant blow with government’s plan to remove import duties on mobile devices.

The Finance Minister, Seth Terkper, announced the policy to remove import duties on smartphones when he presented the 2015 Budget to parliament last week.

“The companies that are registered to do this business [deal in smart phones]; who want to play by the rules, who want to pay their taxes, who hire people; they cannot compete against the black market,” Chief Executive Officer of the Telecoms Chamber, Kwaku Sakyi-Addo notes.

With significantly low import duties across the sub-region, some traders take advantage to import thousands of handsets from China and elsewhere through neighboring countries such as Nigeria and Togo, and sell them at very low prices — undercutting prices on the market.

The Telecoms Chamber believes this will make prices of the device competitive in Ghana and help deal with the black market challenge.

He said with the removal of the taxes, consumers would also be spared the high cost of smartphones at registered shops across the country.

Mr. Sakyi-Addo also sees the removal of the taxes on smartphones as a positive incentive towards bridging Ghana’s digital divide.

“Right now it is only 15% of the population that have access to smartphones. That ought to change, that ought to grow,” he said.

Government’s plan to remove a 20% tax on smartphone importation it imposed a few years ago is aimed, among other things, at increasing data usage and Internet penetration.

The move seems to be in response to a petition by phone dealers to the Finance Ministry.

In October some importers of mobile phones and accessories presented a petition to the Ministry, citing increasing tax evasion through smuggling of the handsets as one the negative impact the tax on mobile phones.

The policy which was presented to the legislators under a certificate of urgency should take effect soon.