Los Blancos offered no mercy to their visitors as they exploded into life after the break, the Portuguese superstar scoring four while Pepe, Jese and Gareth Bale also on target

Real Madrid tore apart Celta Vigo, thanks in large part to a Cristiano Ronaldo hat-trick, as they made an explosive continuation to their efforts to repair their Primera Division title challenge with a 7-1 triumph.

Pepe opened the scoring in the run-up to half-time before Ronaldo stepped up a gear after the break, netting his first three goals in a period of less than 15 minutes before going on to hit a fourth.

Iago Aspas had scored a consolation goal for the visitors but Jese Rodriguez and Gareth Bale completed the rout with efforts of their own.

The result provides huge relief to head coach Zinedine Zidane, who has now overseen two straight wins since facing criticism for the derby defeat by Atletico Madrid – a team who now sit just one point clear in second spot ahead of their game against Valencia on Sunday. 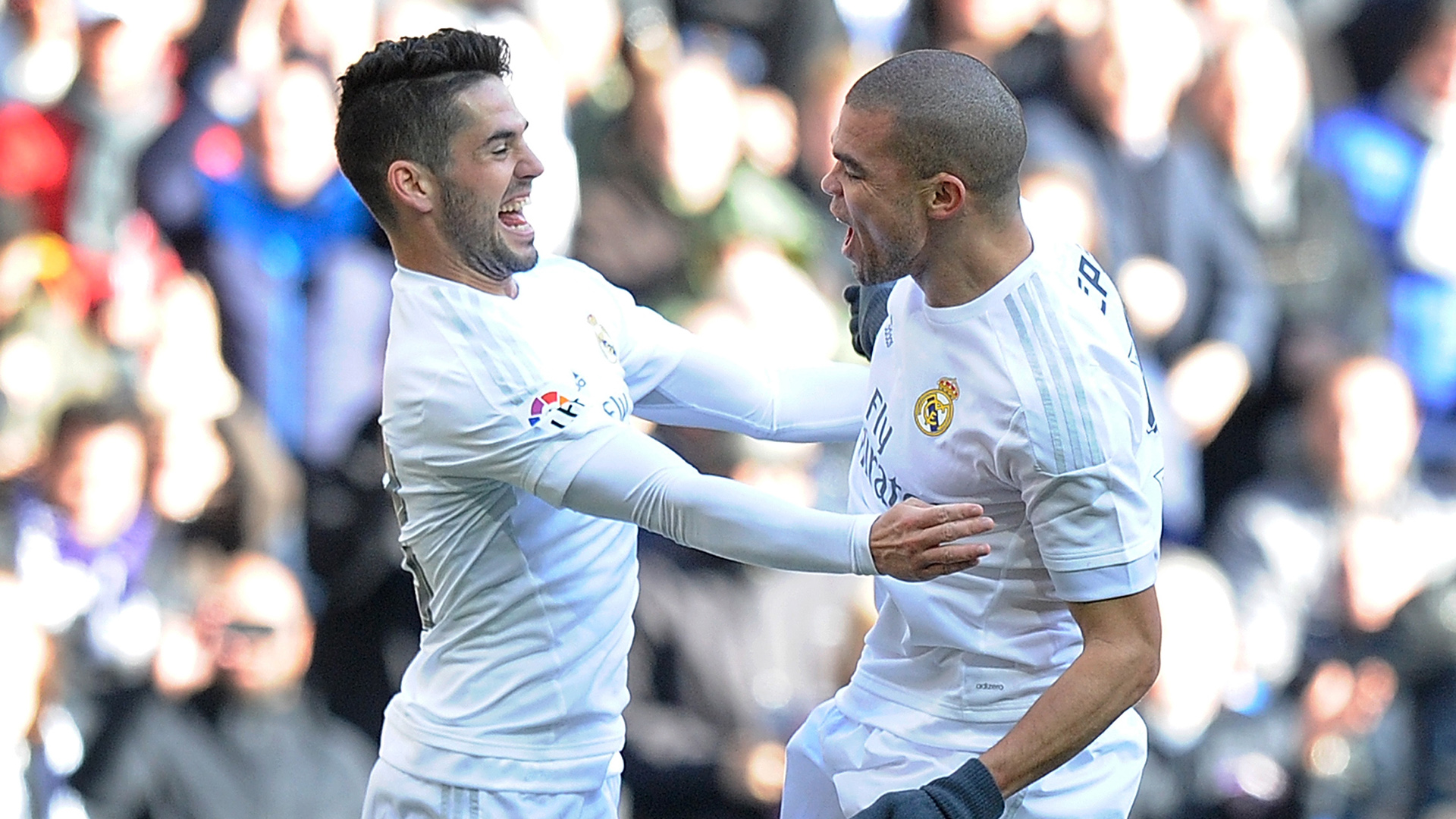 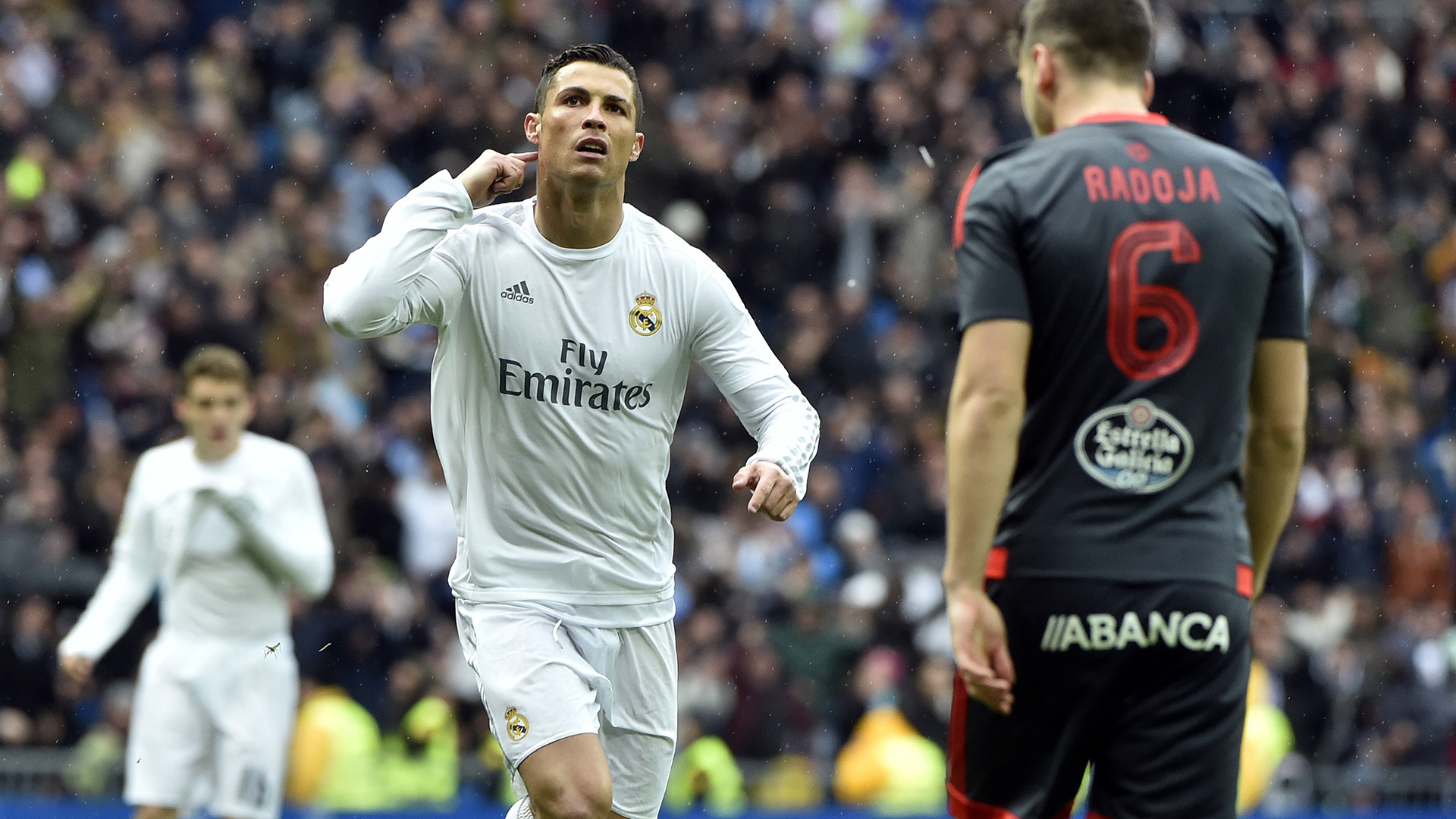 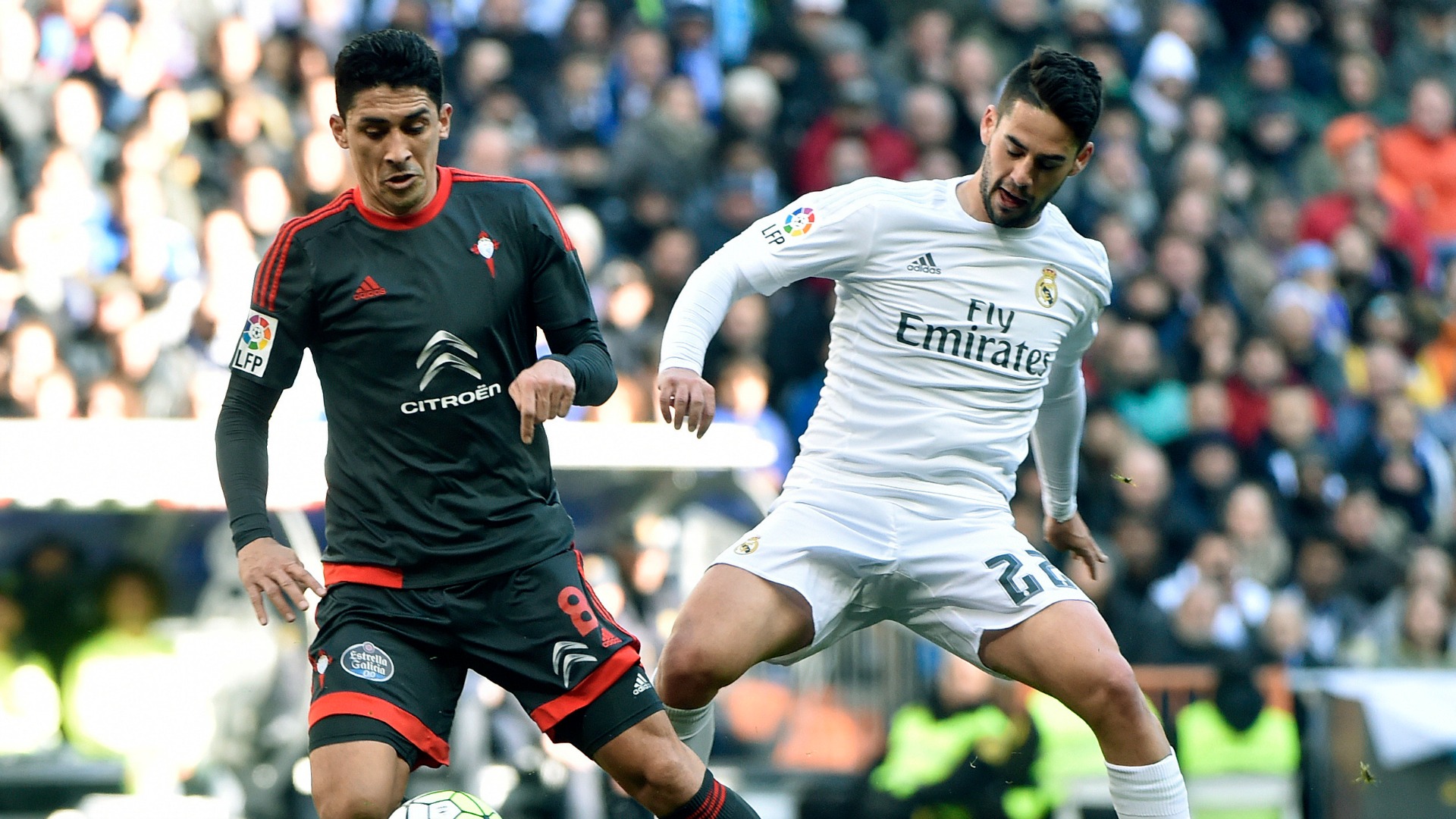 Madrid were boosted ahead of kick-off as Bale returned to the substitutes’ bench, having been out since January with a calf injury, while Marcelo sat alongside him after missing the last two matches with a similar issue.

It was Celta who came closest to an early lead when Fabian Orellana sent in a cross from the right and Aspas rose to thump a header against the crossbar. The former Liverpool striker then seemed destined to score from the rebound but Keylor Navas produced a pivotal reaction save to deny him.

That prompted the hosts to respond, with Ruben Blanco impressively denying Isco after the midfielder had showed good composure to chest down Pepe’s cross and work an opening from six yards out.

Celta were forced to bring off an injured Pablo Hernandez and the pressure was growing, with Ronaldo denied a penalty after he felt that Sergi Gomez had shoved him to the ground in the area.

Blanco then denied Madrid again with an excellent one-handed save to keep out a Casemiro header from Isco’s cross and, from the resulting corner, the breakthrough did arrive four minutes before half-time when Pepe powerfully headed home Isco’s delivery from 10 yards.

Zidane was smiling on 50 minutes when Ronaldo showed his class to make it two. Collecting possession from Sergio Ramos, the Portugal international turned and unleashed a powerful, dipping strike from 25 yards which was too good for Blanco. 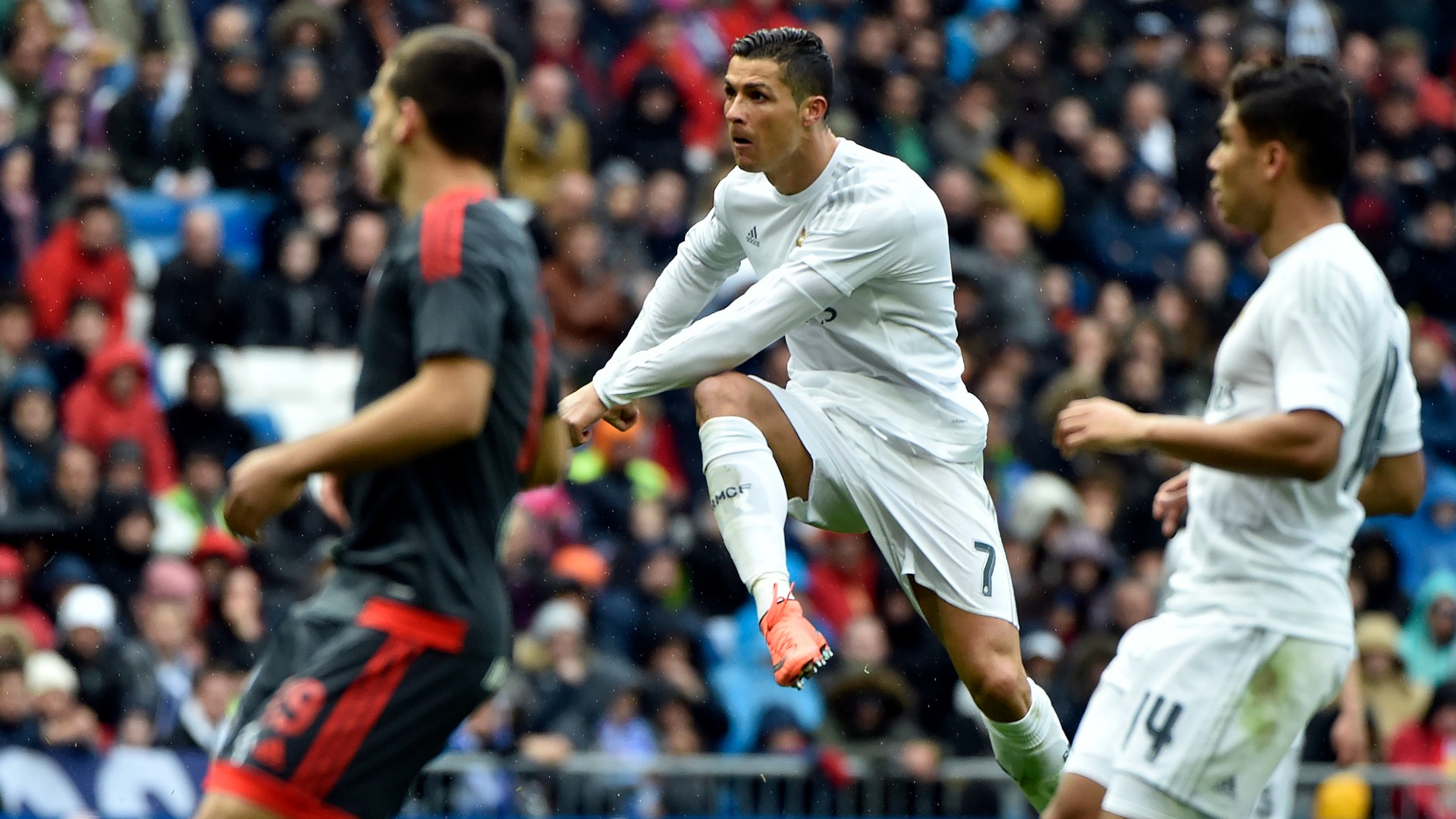 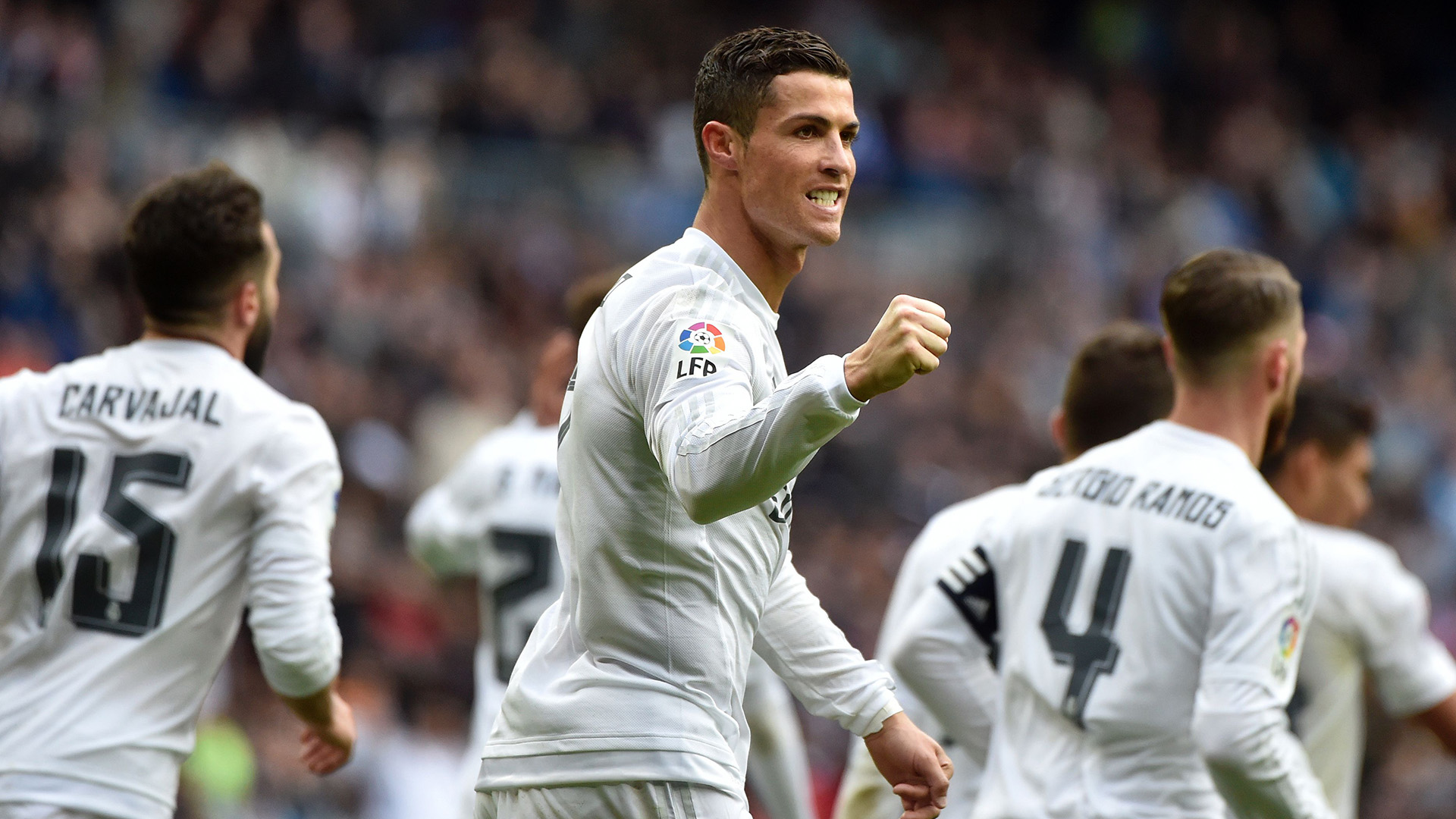 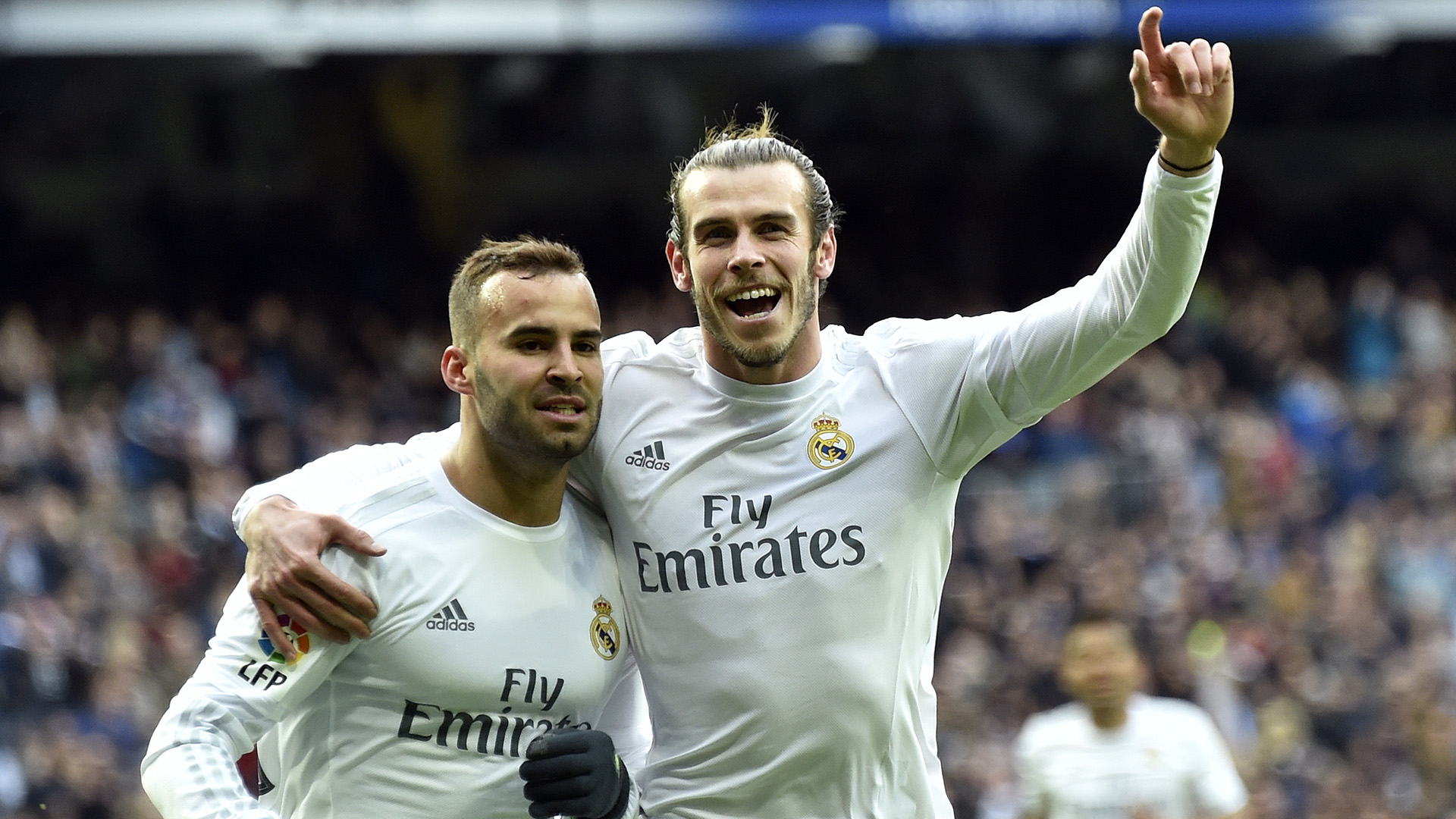 Ronaldo played on after appearing to suffer an injury from a Hugo Mallo challenge and was presented with a free-kick opportunity on 58 minutes after Marcelo Diaz fouled Isco. The 31-year-old stepped up and dipped a brilliant shot over the wall and into the top corner.

Blanco did well to keep out another free-kick from Ronaldo soon after, before Celta struck just after the hour mark. A huge long ball from Gomez completely caught out the home defence andAspas confidently chipped over Navas.

But Ronaldo completed his hat-trick within two minutes of that goal, capping off a fine passing move with a simple close-range finish, as the influential Isco claimed the assist.

Bale and Marcelo both came on to make their returns in the closing stages and were on the pitch 14 minutes from time as Ronaldo headed in from Jese’s corner to move past Zarra’s mark, with the Bernabeu crowd lapping it up.

Jese then made it six within a minute after creating the opportunity himself with a purposeful run and accurate finish and Bale marked his return with a similar strike, running unchallenged before picking his spot as Madrid warmed up for the second leg of their Champions League last-16 tie against Roma on Tuesday in stunning style.