The Portuguese striker levelled the game in the first half with a close-range finish and a header, and later ended the Germans’ hopes by squeezing a free-kick through the wall

A brilliant hat-trick from Cristiano Ronaldo saved Real Madrid’s Champions League campaign, as the Spaniards battled back to down Wolfsburg 3-0 and progress to the semi-finals.

Madrid appeared to have a sizeable task in front of them having lost the first leg in Germany 2-0 but were rescued in stunning fashion as Ronaldo continued his magnificent goalscoring form in the Champions League.

The former Manchester United forward netted two goals in the space of 90 seconds to bring Madrid level in the tie, before completing his treble and the turnaround with 13 minutes remaining.

Ronaldo halved the aggregate deficit with a composed 15th-minute finish and just one minute and 26 seconds later Madrid were all square as he headed home Toni Kroos’ corner. 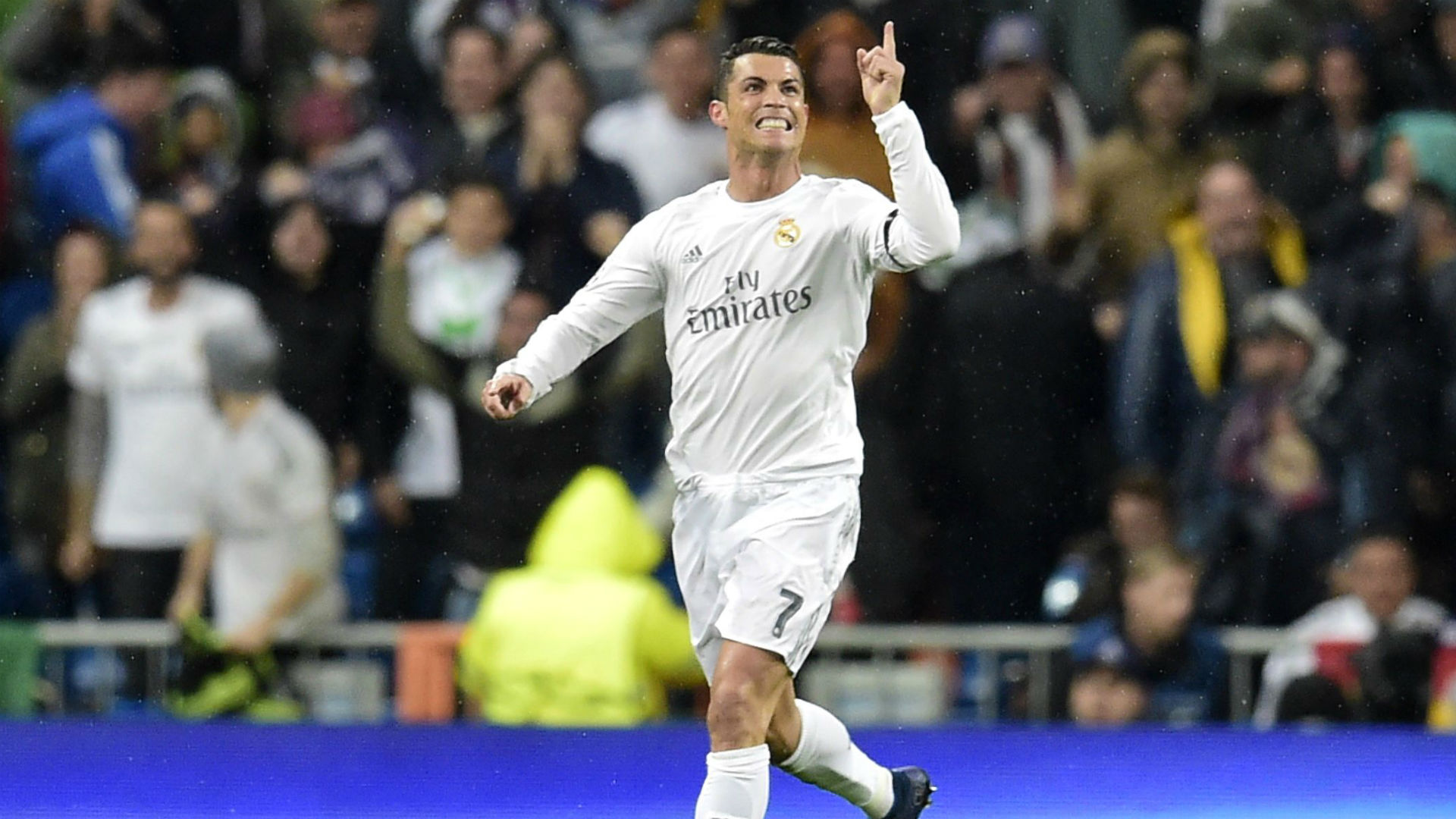 Wolfsburg did not lie down following that devastating spell and threatened on multiple occasions to turn the tie back in their favour.

But Ronaldo refused to be denied and capped a stunning individual performance in fitting fashion with a sublime free-kick that marked his 16th Champions League goal of the season and kept Madrid’s hopes of an 11th European crown very much alive.

Madrid unsurprisingly made the more aggressive start to proceedings, Sergio Ramos hitting the top of the crossbar with a header from Kroos’ corner.

And just as Wolfsburg appeared to be weathering the early storm Ronaldo struck with a cool close-range finish after Dani Carvajal had found the Portugal forward at the second attempt with a cross from the right.

Vieirinha was forced to turn another Carvajal cross aimed at Ronaldo behind for a corner as Madrid went in search of a second, which arrived from Kroos’ subsequent delivery.

Wolfsburg failed to track Ronaldo at the near post and he made no mistake in glancing Kroos’ ball into the bottom-right corner to level the tie.

Luiz Gustavo forced Keylor Navas into his first save of the game with a long-range effort before Karim Benzema tested Diego Benaglio at the other end as the contest became more open.

But Wolfsburg’s hopes were dealt a significant blow in the 31st minute when Julian Draxler limped off to be replaced by Max Kruse.

Despite that setback, the visitors twice went close to regaining the aggregate lead shortly after.

Luiz Gustavo’s swerving strike from distance drew a fine acrobatic save from Navas and Ramos produced a vital block to prevent Bruno Henrique from finding the net. 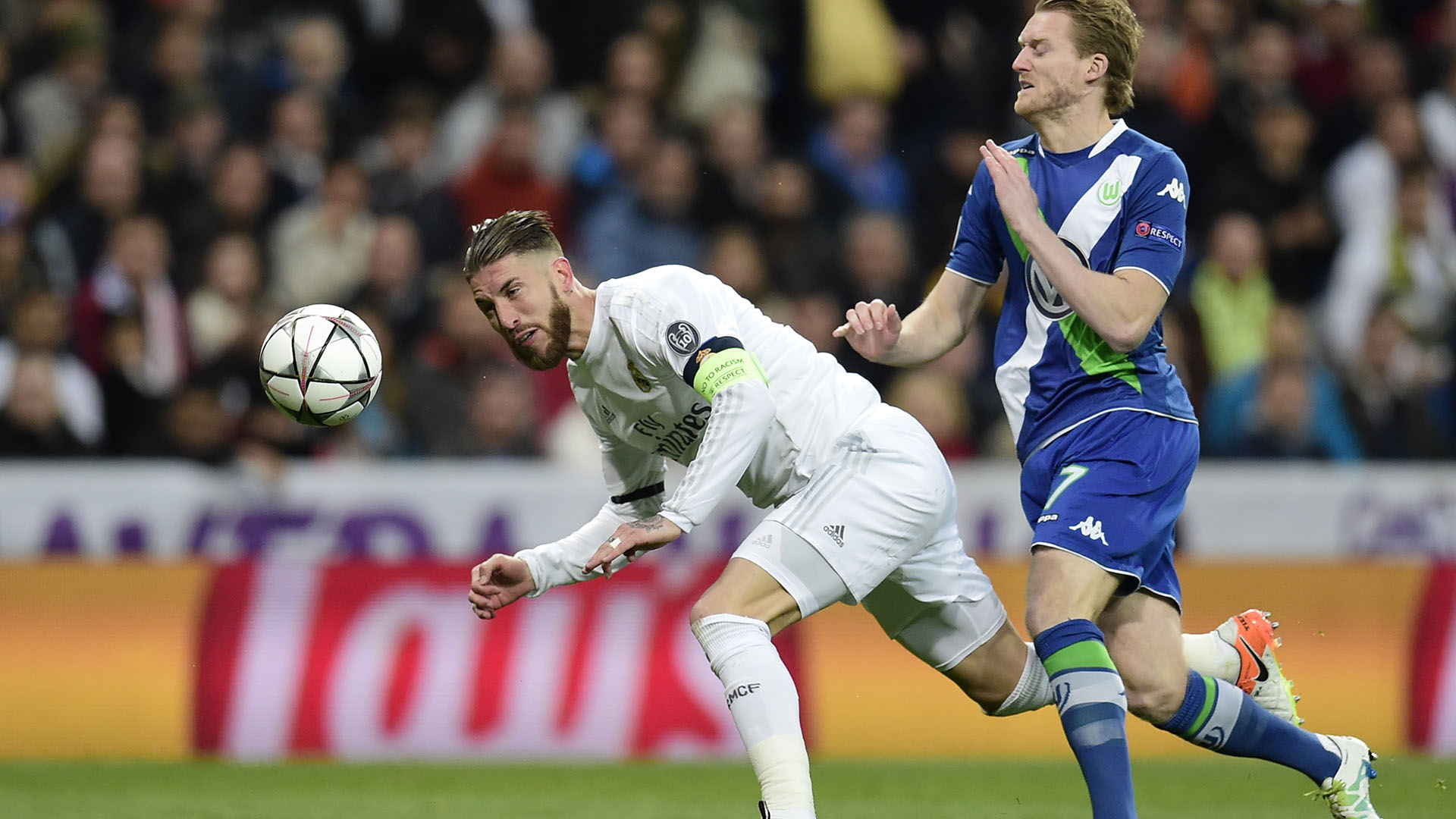 For all their spirit, Wolfsburg almost contributed to their own downfall in the 59th minute when Benaglio had to react quickly to prevent Josuha Guilavogui from turning Luka Modric’s cross into his own net.

And the visitors were fortunate not to see Ramos complete the comeback as his header from Kroos’ corner struck the inside of the post, with Benaglio then showing the presence of mind to trap the ball between his legs before it crossed the line.

Bruno Henrique was forced off following a collision with Marcelo – with Daniel Caligiuri coming on in his stead – in another dent to Wolfsburg’s cause and soon afterwards they were behind for the first time in the tie.

Luiz Gustavo received a yellow for hacking down Modric on the edge of the area, and Ronaldo took full advantage of a perfectly positioned free-kick with a dinked effort through the wall.

Benzema and Jese Rodriguez each went close late on but Madrid were not made to pay for those missed chances as Wolfsburg failed to net the away goal that would have spoiled the party for Ronaldo.