The entertainment industry was on Tuesday, May 23, 2017 hit with the sad news of the death of one of the industry players, Charles Kofi Babatunde Bucknor.

News of the death of the veteran actor, known for his roles in movies like ‘Silver Rain,’ ‘Elmina,’ ‘Double,’ et al shocked the entire country.

And not only did it shock the country, but his family including Groupe Nduom, a multinational conglomerate, and the Progressive People’s Party (PPP) as well as the Ghana Academy of Film and Television Arts (GAFTA. And ever since, these institutions have since not recovered from the shock.

Mr. Bucknor was widely regarded as a distinguished performer not just for his roles in local and international films, but also for his memorable cameo appearances in a number of music videos. 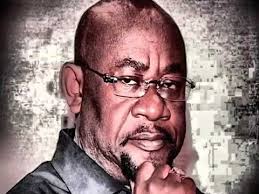 Born in 1953 in Cape Coast in the Central Region to a renowned scientist, Kobina Bucknor and Mrs. Dorothy Buckner (Minaa), Kofi, as he was affectionately called, began his elementary education at Jubilee School in Cape Coast, but later left for the United States of America (USA).

After some years in the US, he returned to Ghana to continue his education at St. Augustine’s College, Cape Coast, for his Ordinary Level Certificate Examination where he offered Science.

But at the Advanced Level Certificate Examination, he opted for Arts.

It was at St. Augustine’s College that the late actor discovered his God-given talent. He once sought permission from the school authorities and mounted a performance at the Cape Coast Castle.

The authorities trusted him so much that he could pick some of his actresses from Holy Child Secondary school. President of Groupe Nduom, Dr. Papa Kwesi Nduom, was among the characters he used during his acting days in school.

Kofi Bucknor was offered English Language at the University of Ghana, Legon after his Sixth Form education but he opted for an accounting course at Panel Fritz Patrick School of Accountancy, now Panel Kerfoster, located at Adabraka in Accra. He became an auditor after completion, auditing institutions including the University of Ghana.

Few years as an auditor, Mr. Bucknor decided to go back into acting, and was enrolled as one of the pioneers at National Film and Television Institute (NAFTI) where he studied Cinematography, Editing and Film Directing.

He formed Talent Incorporated after NAFTI, a group former President of Ghana, General Kutu Acheampong helped to compose a song titled, ‘Soweto’ and later sponsored them to Cape Town in South Africa to perform.

He later did post graduate diploma in Mass Communications at the School of Communications, Legon, and in 2004, he went to the Ghana Institute of Management and Public Administration (GIMPA) to do Master’s Executive programme.

After a period, Kofi joined the legendary Kwaw Ansah’s company, Target Advertising, and was in charge of recruiting actors and actresses for auditioning in the movie “Heritage Africa.”

But after weeks of not finding someone to play the lead role he was asked by the group to take up the challenge which he willingly accepted and acted perfectly. He also featured in “Loved Brewed in the African Pot” produced by same Mr. Ansah.

As adventurous as he was, Kofi formed Focal Point Company Limited where he drew up concepts and adverts for companies. In all, he did over one hundred advertisements for companies with very catchy slogans.

In 1998 the late Kofi Bucknor established his own pay per view TV station in Kumasi which became a hot cake in the region because of its content and quality. However, following a rift with the management of the company he later sold it.

In 2002, he became Director of Television at the Ghana Broadcasting Corporation (GBC).

He brought so many reforms to GBC which improved the content of the state-owned broadcasting company.

Wife of the late actor, Mrs. Sarah Bucknor, described her husband’s work at GBC as “not all that rosy.”

She recalled an incident where her husband went to work one morning and found feathers scatted in front of his office.

“Since that time he always came home with complaint of body aches and uneasiness.”

She suspected, what might have caused that was a deal her late husband brokered with a company to show all English Premier League matches live on GTV.

Although it was a good deal, she maintained, some people at GBC suspected it was fishy and so cancelled the contract. The company which was not satisfied, according to her, took the matter to court and subsequently won the case, leaving GBC a huge penalty to pay.

“So, in 2007, he was forced to take his accumulated leave and on his return he was told he had been transferred to Wa in the Upper West Region as Regional Manger,” she recounted.

An action, she said, her late husband saw as a demotion and therefore resigned from GBC.

Although he spent most of his last days in the house he was still editing and reading scripts and works of people.

According to Mrs. Bucknor, “I don’t know how to put it but I have personally lost a very long time friend.

“He played the role of a husband; we trusted and respected each other.”

She recalled countless occasions on St. Valentine’s Day where they travelled outside Accra just to have time for each other her.

His daughter, Mrs. Efua Appiah Yeboah, described her late Dad as, “really a father to us. His relationship with our mother was an example to us. In all my conversations, I always quote my Dad. He loved quotations from Shakespearean literature.”

Kofi left behind three children, two men and a woman.