President not in breach of Constitution – Speaker 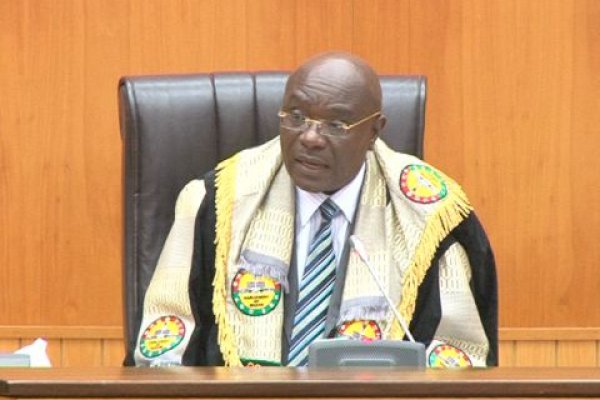 The Speaker of Parliament, Edward Doe Adjaho, on Tuesday said President John Dramani Mahama had not breached the Constitution as he had not appointed more than the constitutionally mandated 19 ministers to his Cabinet.

Mr Alexander Afenyo-Markin, MP for Efutu, last Friday alerted the Speaker on a possible infringement of the Constitution when the Hansard of February 3, 2015, published a list of 20 Cabinet ministers after the Ministry of Energy and Petroleum was split into the Ministries of Petroleum and Power.

Speaker Adjaho said the publication was a mistake made by the Editor of Debates of Parliament and further clarification on the matter indicated that there were 18 ministers currently in Cabinet.

He said the President would, by the end of the week, decide whether Petroleum Minister, Mr Emmanuel Armah-Kofi Buah or Power Minister, Dr Kwabena Donkor, joined Cabinet.

Article 76 (1) states that: “There shall be a cabinet which shall consist of the President, the Vice President and not less than ten and not more than nineteen Ministers of State”.

Speaker Adjaho said he would inform the House when the President took a decision on the matter.