ABC News Videos | ABC Entertainment News
A Cleveland police officer was found not guilty today in the 2012 shooting deaths of an unarmed couple, an incident that involved a high-speed chase and a hail of bullets.

Michael Brelo was acquitted of voluntary manslaughter and a lesser charge of felonious assault for the shooting deaths of Timothy Russell and Malissa Williams. He was visibly emotional as Cuyahoga County Judge John O’Donnell read a portion of the verdict in open court.

Prosecutors said Brelo, 31, was one of 13 officers who fired a total of 137 times into the couple’s car in the November 2012 shooting. He was the only officer charged criminally because prosecutors said he intended to kill Russell, 43, and Williams, 30, alleging that he reloaded during the shooting barrage and that it was his final salvo that killed the couple. 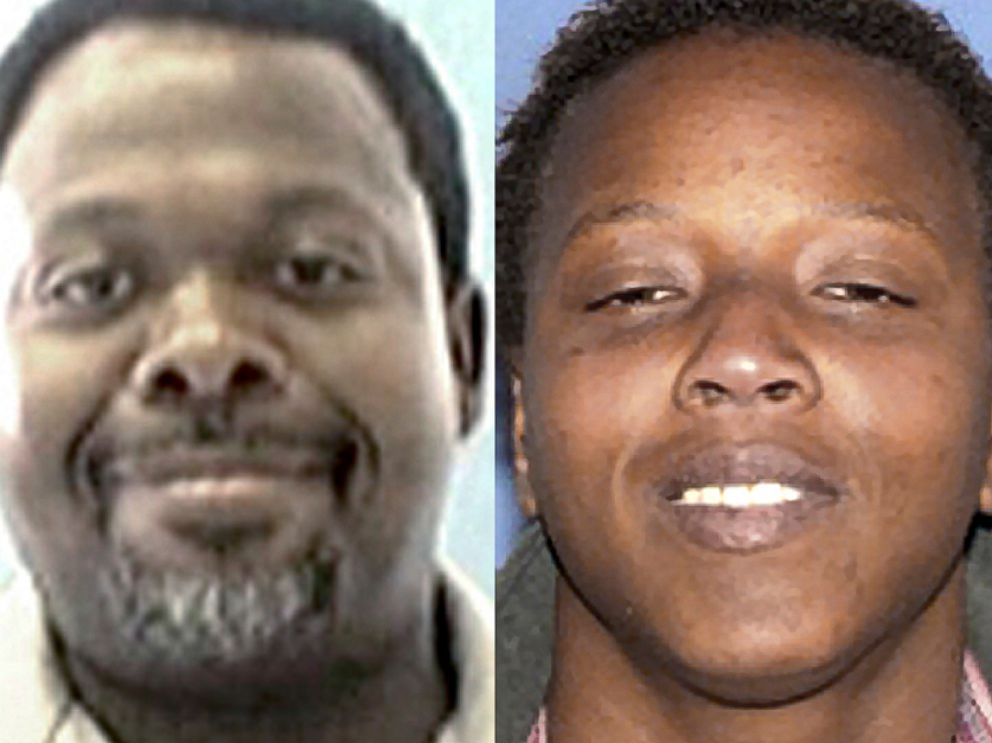 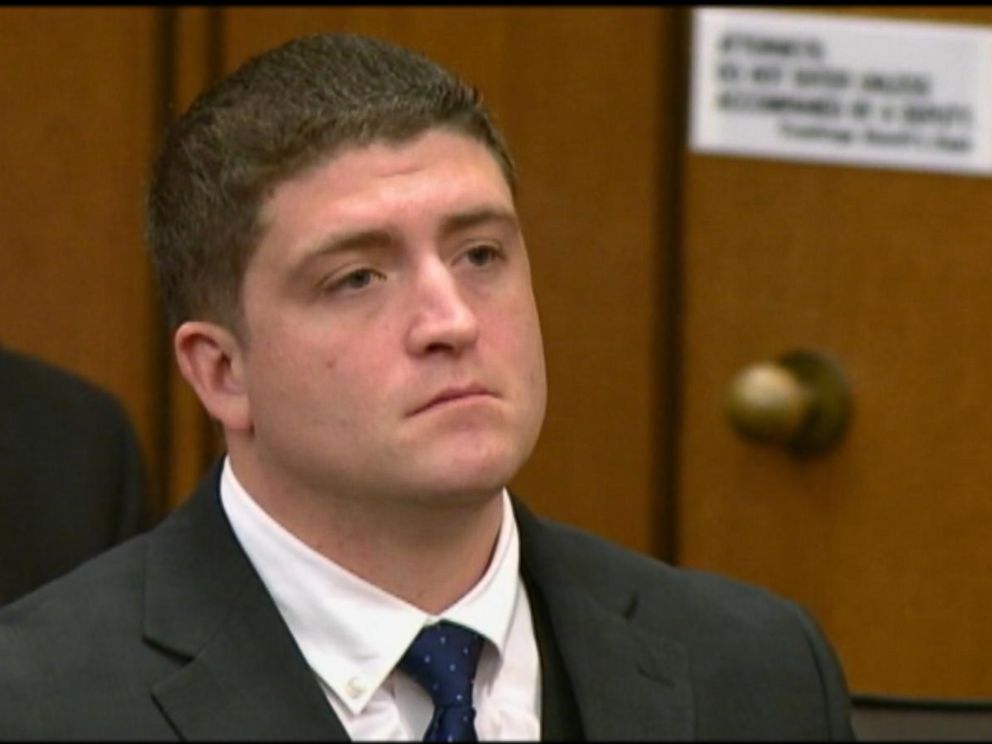 ABC News
PHOTO: Cleveland police officer Michael Brelo is seen at his trial, May 23, 2015 in Cleveland.

The 22-mile, high-speed chase through Cleveland began when an officer tried pulling over Russell for a turn signal violation. His car backfired while speeding away, causing officers to think someone in the car had fired a gun.

Thirteen officers fired upon the car at the end of the chase, including Brelo, who prosecutors said shot 15 times into the windshield while standing on the car’s hood when it was stopped.

“I thought my partner and I were being shot and that we were going to be killed … at which point, I drew my weapon and I shot through the windshield,” Brelo said in an interview with the Ohio Bureau of Criminal Investigation.

No gun was ever found in the victims’ car. They were each shot more than 20 times. 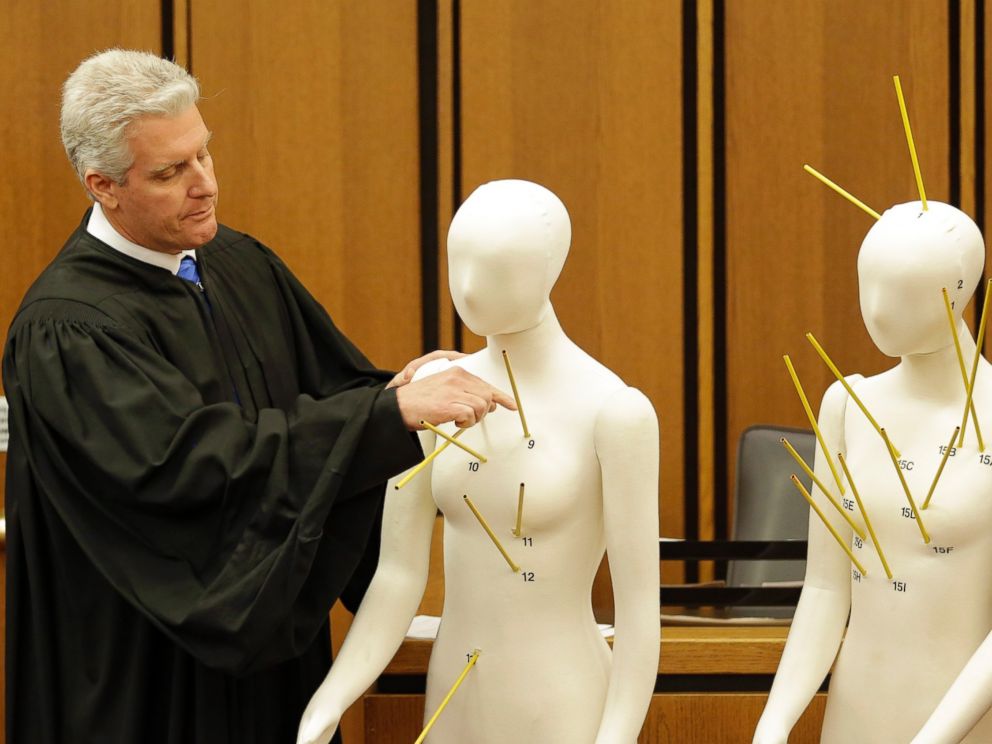 O’Donnell ruled that his use of deadly force was constitutionally reasonable.

“I find that the state did not prove beyond a reasonable doubt that the defendant Michael Brelo knowingly caused the deaths of Timothy Russell and Malissa Williams, because the essential element of causation was not proved for both counts,” he said. “It was reasonable, despite knowing now that there was no gun in the car and he was mistaken about the origin of the gunshots.”

Attorneys for Brelo argued that other officers fired during the final barrage of bullets and prosecutors couldn’t prove when the fatal shots were fired.

“Brelo, as the judge’s opinion set forth, risked his life on that night,” said defense attorney Pat D’Angelo. 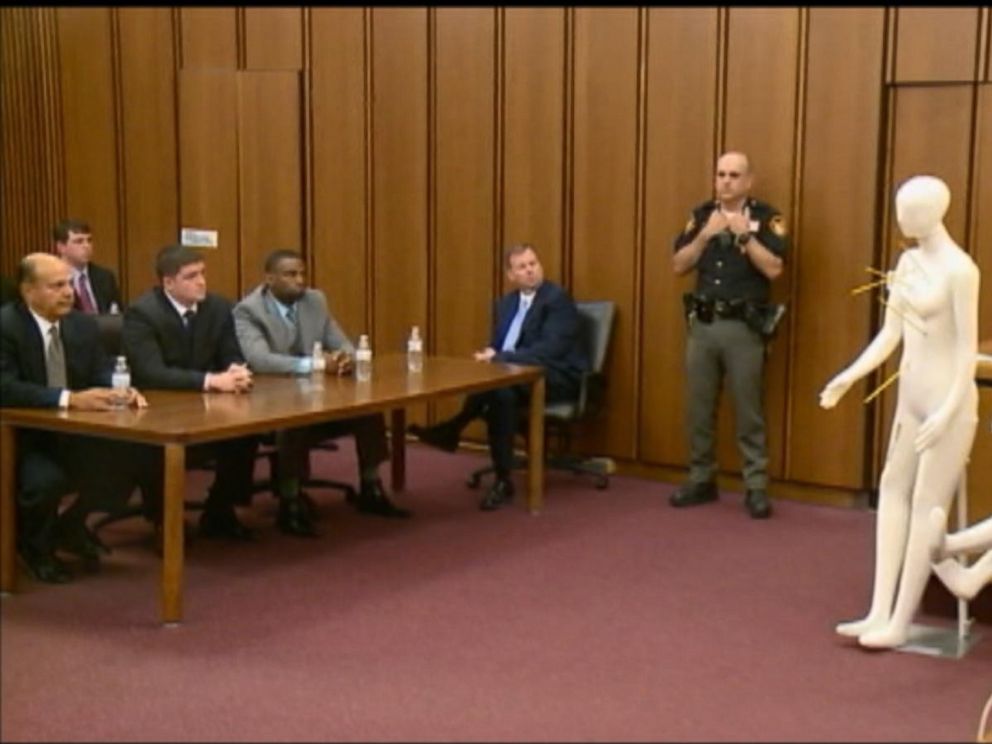 ABC News
A general scene at the courtroom trial of Cleveland police officer Michael Brelo, May 23, 2015 in Cleveland.PHOTO:

“The verdict should be no cause for a civilized society to celebrate or riot,” O’Donnell said before reading from the verdict. “Whatever the outcome, two people are still dead and the defendant’s life is forever changed.”

After the shooting, the U.S. Department of Justice conducted an investigation that determined the Cleveland Police Department engaged in a pattern of using excessive force and violating civil rights. The city and the department are now negotiating a reform-minded consent decree.

“Whatever the verdict … it doesn’t mean the entire Cleveland Police Department is dysfunctional,” O’Donnell said in court.

The verdict comes as residents in Cleveland awaited the completion of an investigation into the death of Tamir Rice, a 12-year-old who was fatally shot by a Cleveland police officer last year after he was seen holding what turned out to be a toy gun on a playground.

Earlier this month, Cuyahoga County Sheriff Clifford Pinkney said the investigation into Rice’s death was mostly complete, but he did not reveal any findings. The officers involved in his death asked a judge to delay a federal civil rights lawsuit until the investigation was completed.