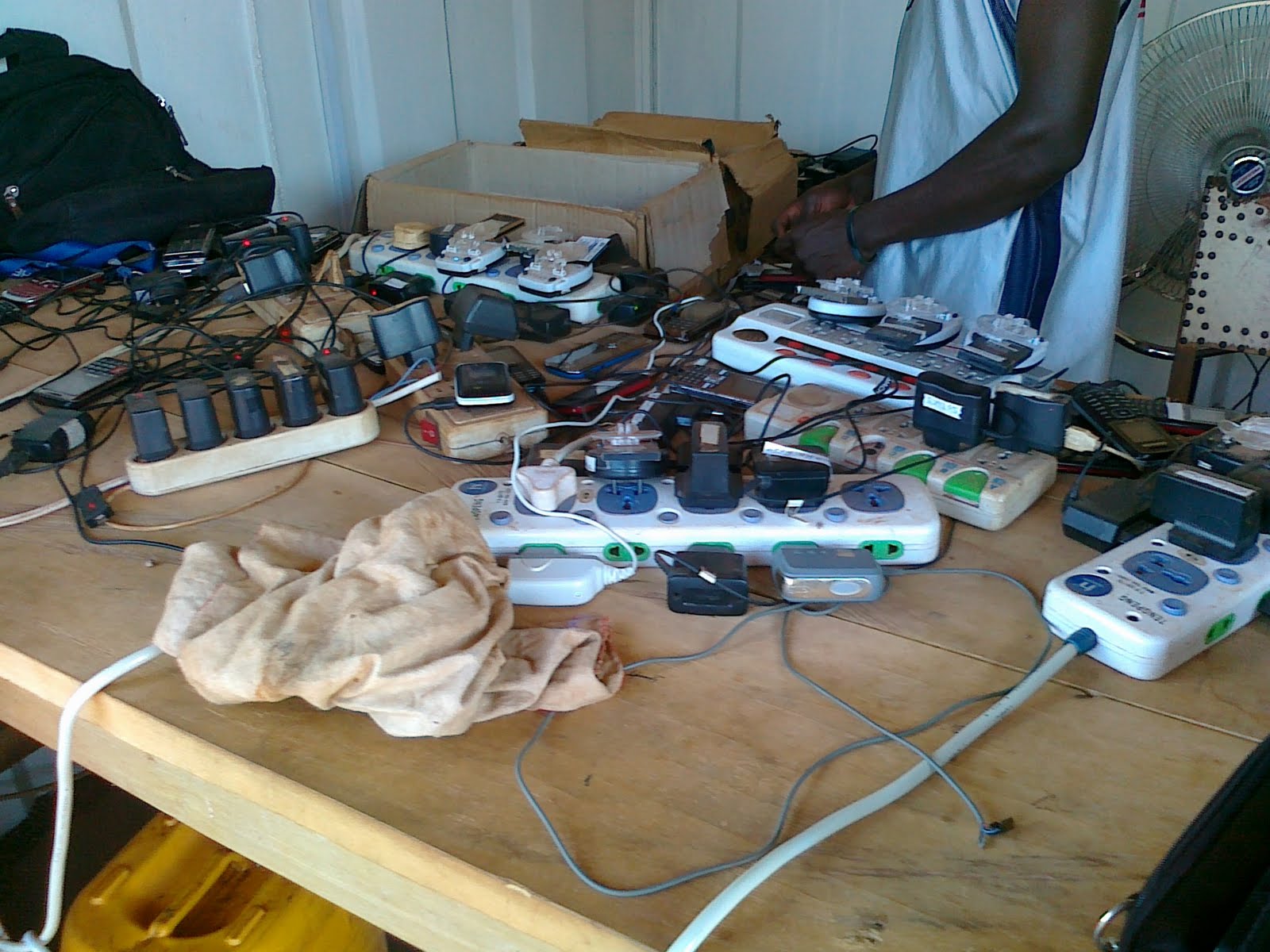 The erratic power supply situation across the country may be crippling businesses, but some people in Accra are cashing in on the crisis.

While artisans and owners of some small-scale businesses, including barbershops, and dressmaking shops, cold stores and hairdressing salons, continue to lament the power supply situation, a group of people at lorry parks and the markets has found the charging of phones a lucrative business.

A client is charged 50Gp when the national grid is used and 80Gp when the source of power is a generator.

On the average, owners of phone charging businesses at Kantamanto, Tudu, the Kwame Nkrumah Circle and Lapaz spend between GH¢13 and GH¢65 on fuel daily to keep their businesses running.

Averagely, the phone charging centres could cater for about 100 phones every three hours, and since some of them claim to work between eight and 12 hours, they could make between GH¢200 and GH¢320 daily.

In one of the busy alleys at Kantamanto, Ms Theodora Quartey sits in a kiosk with the inscription, ‘Lawyer Susu and Savings’.

In the kiosk that measures about seven by eight feet, there are phones everywhere — on the floor, some hanging loosely on a cash counter where proceeds from the susu collection and the phone charging are kept.

“It is not a new business but because the power crisis has worsened, many people carry along their chargers when they come to the market. They leave their phones behind and by the time they finish shopping, the phones are fully charged,” she said.

A stone’s throw away from Theodora’s shop is another young woman who gave her name only as Kate. She combines the sale of compact discs (CDs) with the phone charging business.

She plies her trade in the open.

“It is my brother’s business. It did not start like this. It used to be a few phones a day, but the ‘dumsor’ has promoted the business, as many more people seek my services now. Even people coming to buy things from the market bring their phones,” she said while checking the power level of some of the phones lying on some benches by her.

On how she was able to identify each customer’s phone, Kate told the Daily Graphic that because of the numbers involved, the only way to do that was to give the customers numbers. The number is written on two pieces of paper — one given to the customer and the other attached to the phone.

Kate said although the phone charging business was lucrative and booming, it was also stressful, as she had to be vigilant all the time.

At the Tudu Lorry Station, some people engaged in the phone charging business whom the Daily Graphic randomly spoke to expressed delight at the fast pace at which the business was growing.

Some of them said they were able to make an average of between GH¢50 and GH¢70 a day.

For Mr Kwaku Yeboah, a second-hand clothes trader at Kantamanto, moving from his shop to charge his phone at another place was becoming a disturbance, while his inability to always communicate with his customers was dwindling his fortunes.

He said his business thrived on constant communication with his customers via phone messages, WhatsApp, Facebook and other social network platforms.

“But because of this ‘dumsor’, I have to be moving up and down from my shop to talk to customers, which is not the best. Sometimes I am not able to immediately attend to their needs as I used to,” he said, adding, “And that means loss of money.”