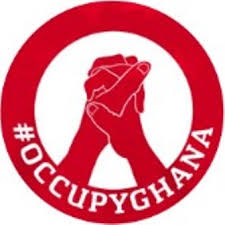 Pressure group #OccupyGhana has written to the Auditor General to take action against public officials implicated in its reports, within 30 days, failure of which the group will head to the law courts.

It said Ghana has enough laws to fight corruption.

Addressing a forum on corruption, legal practitioner Ace Ankomah said without an action being taken against corruption at some point, the canker will just be talked about and left to go.

The letter was served the Auditor General on Wednesday, November 12, lawyer Ankomah said.

A copy has been served the Attorney General and the Chief of Staff too, he added.

The forum is being held on the theme: ‘#OccupyCorruptionGhana for National Development – Saving Our Nation’.

Other speakers lined up are Pastor Mensa Otabil, the General Overseer of the International Central Gospel Church, Manasseh Azure, an investigative journalist and Dr Esi Ansah, an Assistant Professor at Ashesi University.