Discussions about the UK leaving the EU must be “frank and open”, Theresa May has said as she prepares to embark on her first tour of European capitals.

The prime minister will have a working dinner with Germany’s Angela Merkel on Wednesday before talks with France’s Francois Hollande on Thursday.

Mrs May said maintaining strong trading links in Europe was vital to ensuring the UK “made a success” of Brexit.

Before the trip, Mrs May will face her first Prime Minister’s Questions.

She will cross swords with Labour leader Jeremy Corbyn in the House of Commons for the first time at just after midday in what will be the last PMQs before Parliament breaks up for the summer recess on Thursday.

Mrs May has already spoken to both Chancellor Merkel and President Hollande on the phone but their first face-to-face meetings over the next two days are seen as highly important in setting the tone for the long and hard negotiations over EU exit that lie ahead.

The prime minister has said she does not expect to commence formal negotiations before the end of the year as she consults with the Scottish, Welsh and Northern Irish governments as well as business, industry and other stakeholders about the way ahead.

While the German and French leaders have said the UK’s vote to leave must be respected and Britain must be given time to formulate its negotiating strategy, both are facing re-election next year and under domestic political pressure to drive a hard bargain.

They have suggested no special exceptions can be made for Britain in terms of continued access to the EU’s single market if, as Mrs May has insisted, the UK absents itself from freedom of movement rules. 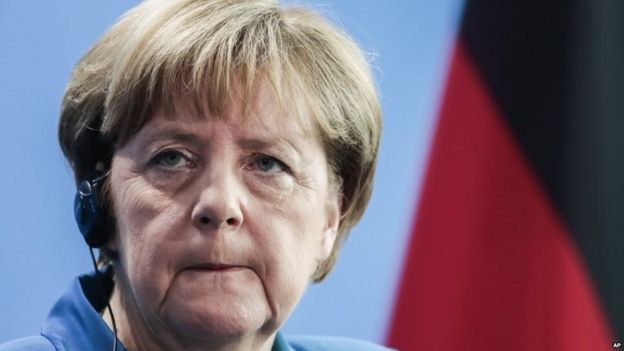 Ahead of the visit, Downing Street said Mrs May would underline the importance of establishing strong personal relations with her European counterparts and emphasise the value that the UK placed on its economic, trading and security relationships with the two countries and its commitment to continued strong ties outside the EU.

“These visits will be an opportunity to forge a strong working relationship that we can build upon and which I hope to develop with more leaders across the European Union in the weeks and months ahead,” she said.

“I do not under-estimate the challenge of negotiating our exit from the European Union and I firmly believe that being able to talk frankly and openly about the issues we face will be an important part of a successful negotiation.

“I also want to deliver a very clear message about the importance we attach to our bilateral relationship with our European partners, not just now but also when we have left the European Union.

“These relationships have been vital in the past and they will be vital in the future as we continue to work together to keep our people safe and to support economic growth that benefits people across our countries.”

The German government said the two leaders would also discuss the refugee crisis in Europe and the political situation in Turkey following last Friday’s attempted coup.

Mrs Merkel was a strong ally in David Cameron’s unsuccessful bid to renegotiate the UK’s membership as part of his goal of remaining in a “reformed Europe”, although French support for the former PM’s effort to secure a special status for the UK in the EU was more lukewarm.

The first time that Mrs May will face all 27 other EU leaders at the same time will be at October’s European Council meeting, by which point the UK’s strategy and the likely timeframe for talks should be much clearer.

Government lawyers told a court in London on Tuesday that Mrs May had made clear she did not intend to deploy Article 50 before the end of 2016, although Downing Street stressed that this was a decision for the government to make.