This region is also dominated by the River Volta and Lake Volta, on its western flank. The lake is a source of power, and much of the water for the region; it is the water highway to the north, a great fishing lake as well as a popular recreational area.

The festivals and ceremonies reflect the rich diversity of history and culture of tribal life in the region.

The relics of European coastal forts and other structures still remain, while further north vestiges of the German colonial era are unmistakable. The regional museum at Ho is an ideal place to understand the background to our heritage.

Hohoe is an important centre of herbal medicine, which is of significant and growing importance both in Ghana and the western world today.

Lake Volta is a large reservoir contained behind the Akosombo Dam. It is completely within the country of Ghana and has a surface area of 8,502 square kilometres (3,283 sq mi).

The estuary is an area of great scenic beauty with river and ocean beaches, and picnic spots shaded by palm tree. The sand bars are the nesting grounds for sea birds, and endangered species of twitter are still found here.

The Keta-Angaw Lagoon Basin
Important wetland and breeding ground for migratory birds. Keta-Angaw Lagoon, also called Anlo-Keta lagoon, is the largest of the over 90 lagoons; that cover the 550 km stretch of the coastline of Ghana.

This lagoon is 126.13 km in length. It is located in the eastern coast of Ghana and separated from the Gulf of Guinea by a narrow strip of sandbar. This open salty water is surrounded by flood plains and mangrove swamps. Together they form the Keta Lagoon Ramsar site which covers 1200 km

It is located in the Volta Region of Ghana. Tafi Atome is the home of Mona and Patas monkeys. These monkeys are found in a remnant patch of forests, which has survived fire and human disturbance around the village.

The Tafi Monkey Sanctuary is home to the Mona and Patas Monkey species. These monkeys do not only live in the nearby forest but have also made the village their home and the people have accepted them as a part of their lifestyle.

These monkeys are regarded as gods and as such the natives do not kill them. They are protected by tradition.
Similar sacred groves and burial grounds protected by local people are widespread in the region. These can further be developed for small-scale tourism in the local communities to enhance rural development. 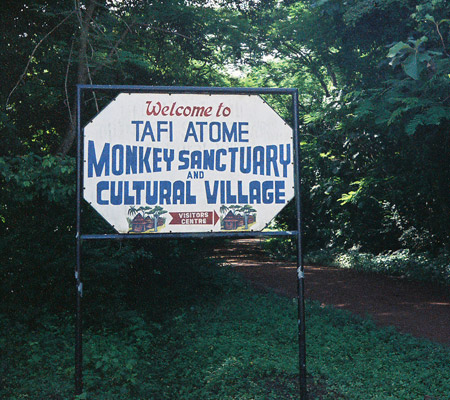 Wli Waterfalls cascades from a height of 60-80 meters and it’s the highest waterfall in Ghana and West Africa. It has a lower and an upper fall.

The Wli waterfalls is the highest water fall in West Africa. The falls is known locally as Agumatsa waterfalls – meaning, “Allow Me to Flow.” It is located in the Hohoe municipality of the Volta Region, the land of the Ewe culture. It is  approximately 280 kilometers from the capital Accra

The hills mark the border between Ghana and neighboring Togo. A walk through the forest of the Agumatsa wildlife sanctuary offers a chance to see a large colony of fruit bats, butterflies, birds, monkeys and baboons. To get there one has to walk through the Rain Forest on a small footpath crossing 9 smaller streams in the process.

A large colony of bats can be seen clinging to the cliffs and flying in the sky. The ecotour project is working with local communities to preserve the area, and limit the hunting of these rare bats.

The money from the ecotourism project provides jobs for many of the hunters offering an alternative means of income to maintain their livelihood. At the same time the project gives the local community the incentive to preserve and enforce rules that protect the wildlife and natural environment.

Tagbo Falls is a waterfall near Mount Afadjato in Ghana, located at Liati Wote, approximately 27 kilometres east of the township of Hohoe.

The water falls down in several stages, with the last stage being about 60 m. high. The area is surrounded by rainforest.

This waterfall is incredibly beautiful. It flows from the Ghana-Togo mountain range. It is covered by green vegetation and has cages forming at the sides. It does not have a big plunge pool as the Wli one but is beautiful in its own way. 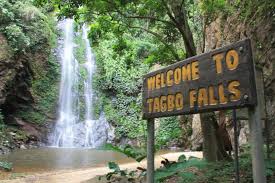 The reserve is located in the southeastern part of the country, about 120 kilometers northeast of the capital Accra and about 30 kilometers south from the Volta Regional capital.

The protected area was founded in 1975 by the Ghanaian government, located on the foothills of the Togo Mountains. Before this area became an animal reserve, it served mainly as preferred hunting area for expatriates in Ghana.

In this animal reserve you can find, apart from lions and elephants. Among other animals there is a variety of buffaloes, antelopes, baboons and smaller mammals in the reserve. The bird world is worth seeing here. The reverse also boosts of 100s of butterfly species

Kyabobo National Park  is a 360-square-kilometre (140 sq mi) national park in Ghana. Kyabobo is located in the Volta region on the border with Togo. The nearest town is Nkwanta.

The reserve was established in 1997. Ghana’s second highest mountain, Mount Dzebobo is contained within the park and offers visitors an impressive view of the Lake Volta.

The park is located in a transition zone between tropical rain forest and tree savanna. The Park’s wildlife includes African bush elephants, African leopards, African buffalo, waterbuck, several primate species, bushbuck, duikers and, a symbol for the park, the rock hyrax. A park survey lists at least 500 species of butterflies and 235 birds.

The ancestral caves of Likpe

Another historical site of importance is the Six Ancestral Caves in Likpe Todome located in the Volta Region. The six caves all served unique purpose and played an important role in providing shelter to the ancestors.

The first cave was the conference cave, the second cave was the watch tower and the third cave was the sleeping cave which is about 8-9 feet deep, a torch is needed if one wants to enter the cave.

Cave four was the chief place whiles cave five served as the punishment cave, considered a prison in the 21st century. Finally the last cave is an assembly or a spying cave. These historical sites and several others are places worth visiting if you are interested in know the historical make-up of a society. 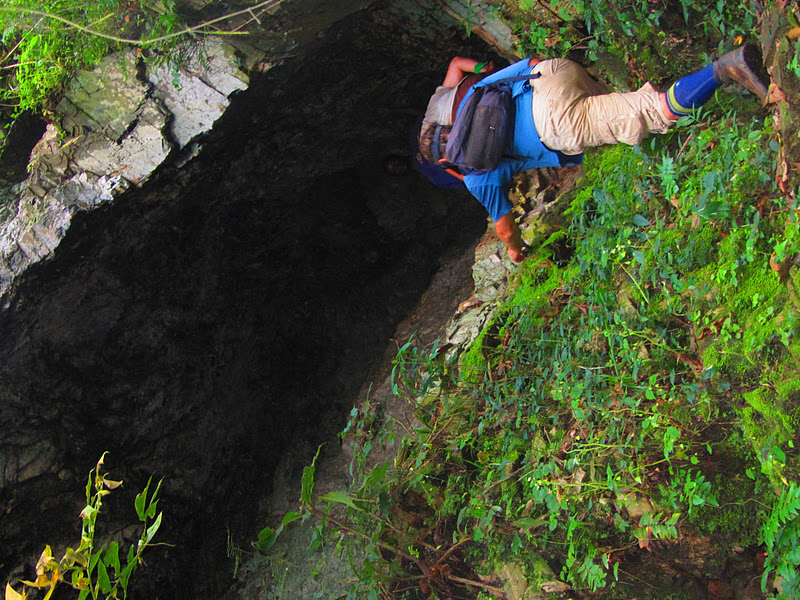 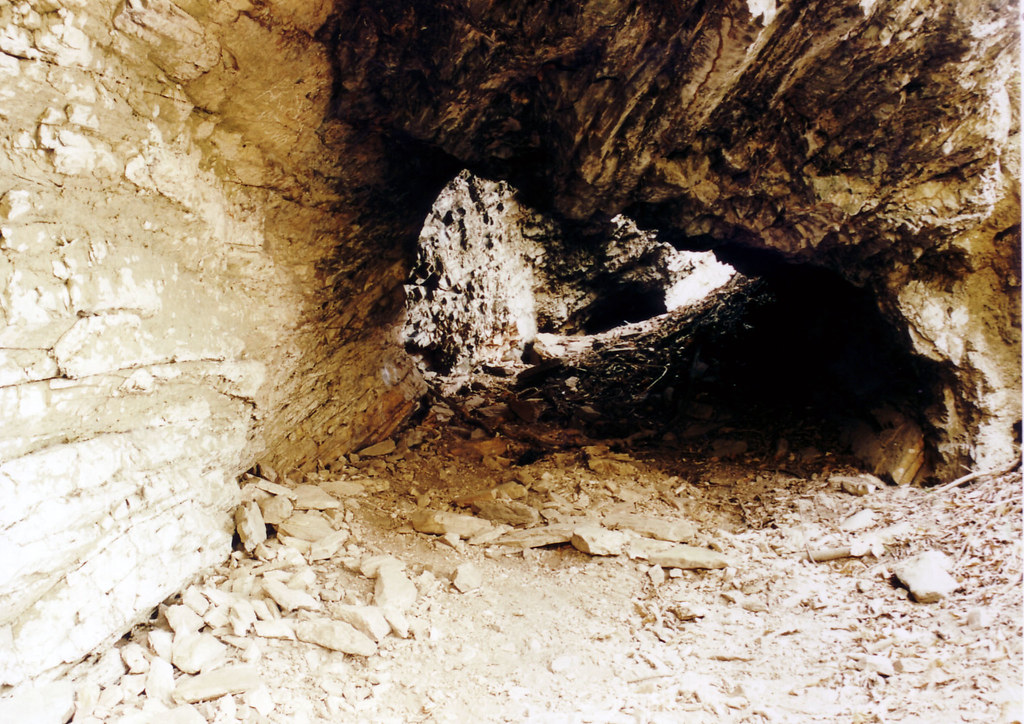 The rest of the tourist sites you can check on about caves are these.