Polling has ended and counting is under way in Lesotho, in a snap election aimed at resolving political tensions after an attempted coup last year.

Polling was said to have passed off peacefully.

Last year, PM Thomas Thabane suspended parliament to avoid a motion ousting him as the head of the coalition.

He later fled, saying he was the target of a coup attempt, after the military – known to have links to the opposition – attacked the police headquarters.

He soon returned escorted by South African police and has been contesting the election.

Lesotho is completely surrounded by South Africa, which played a key mediating role .

About 1.2 million people were registered to vote. 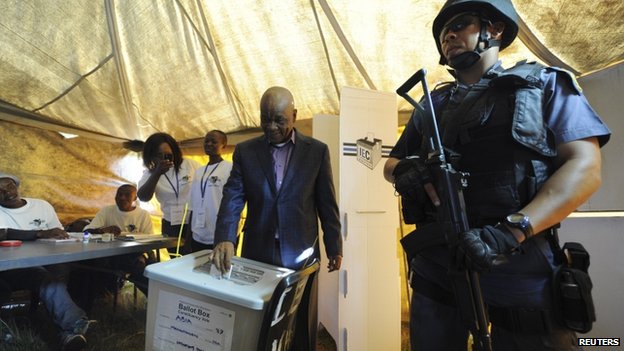 Prime Minister Thomas Thabane has cast his vote
The people of Lesotho started queuing early to cast their ballot in these closely monitored elections.

The battle for the top post has intensified following an uneasy coalition between three political parties.

The prime minister voted amid heavy police presence here in his home village. The main political parties have allies in the security forces, with police seen as siding with Mr Thabane.

His deputy Mothejoa Metsing enjoys the support of the military, which has been ordered to remain in barracks during the elections.

Campaigning has been relatively peaceful but there are fears violence could erupt if the outcome is disputed.

He said after polls closed on Saturday: “Everything I’ve come across tells me everything has gone extremely well. From my side, it is congratulations to the people of Lesotho for having come this far to hold a peaceful election.” 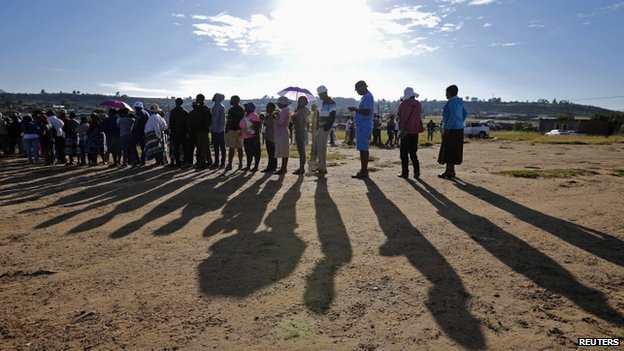 About 1.2 million people are registered to vote

Justice Mahapela Lehohla, chairman of Lesotho’s Independent Electoral Commission, said: “The voting has been proceeding peacefully and according to plan.”

There are 23 politicians vying for the top post, with another coalition likely, according to analysts.

A final result may not emerge for days due to the remoteness of some communities voting. 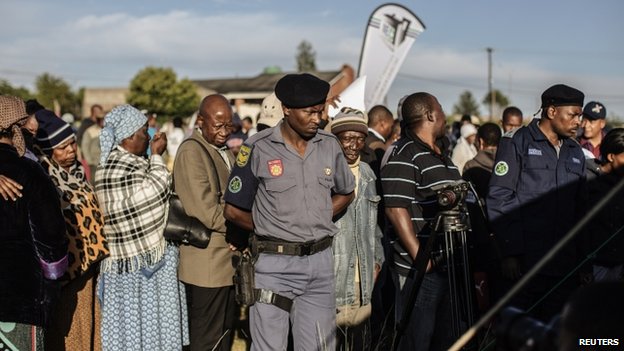