Kumasi must be restored to Garden City status – Asantehene

The Asantehene, Otumfuo Osei Tutu II, at the weekend led an exercise to rid the Kumasi metropolis of filth, calling on authorities to work hard to restore the area to its Garden City status.

“It is our collective responsibility to do the right in respect of sanitation issues”, the Asantehene said, adding that, non-adherence to sanitation bye-laws was responsible for the degradation of the environment and scenic beauty of the metropolis.

“Kumasi used to be called the Garden City of West Africa because the residents and all people concerned were responsive to environmental sanitation issues. But now, things have changed. Our streets and drainage system are constantly being littered and turned into dumping sites, while other negative practices also cause nuisance to bio-diversity”, he said. 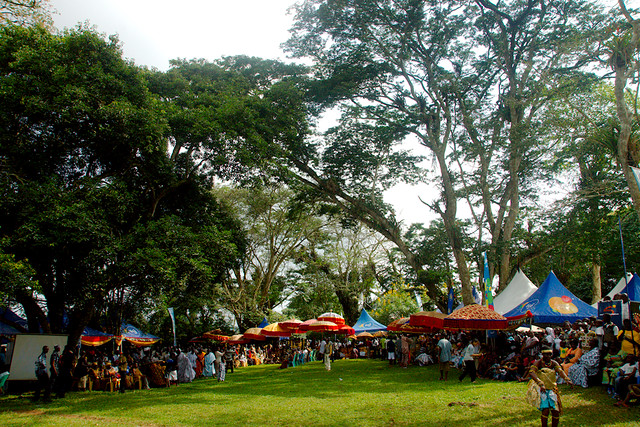 Otumfuo Osei Tutu, clad in a Lacoste T-shirt and holding a shovel, led participants to clear choked gutters and also clear the streets of filth.

They included the various security agencies, Regional Coordinating Council (RCC), Departmental Heads, identifiable groups and a cross-section of the public.

For about five hours, economic activities at the Central Business District was halted as traders closed their stores, supermarkets, stalls, shops and other outlets to ensure a successful clean-up exercise.

The exercise formed part of activities marking the National Sanitation Day, a day set aside on the first Saturday of every month to create awareness on environmental sanitation.

Filth-related diseases such as Cholera had become a major health setback in the country with the disease claiming more than 180 lives since its outbreak some six months ago.

Kumasi had so far recorded 46 confirmed cases of the disease and only one death.

Otumfuo Osei Tutu indicated that as the population of Kumasi soars, it was appropriate that the authorities and stakeholders demonstrated responsible behavior to boost the ecology.

This, he said, was critical to enhancing the health of the people and also advancement of eco-tourism.