The items appeared on a list of expenditure that parliament’s public accounts committee (PAC), chaired by Mr Gumbo, was looking into.

Kenya’s Ministry of Devolution is alleged to have bought a series of goods at inflated prices.

But the minster in charge, Anne Waiguru, said that the allegations were not true.

The corruption investigation comes as the government tries to deal with a growing budget deficit.

Mr Gumbo told the BBC that he was shocked when he saw what was on the list. 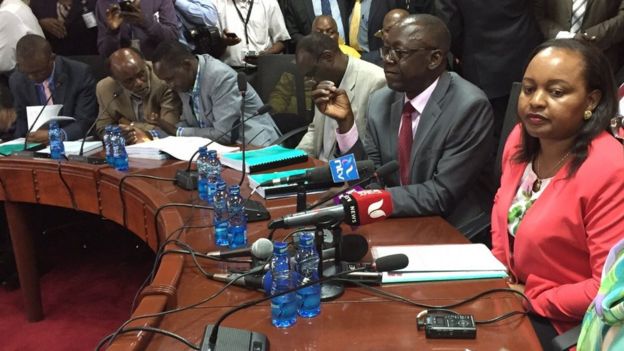 In addition to the sex toys, the ministry is also alleged to have bought over-priced condom dispensers, stationery, photocopiers and a piano and television for the minister’s office.

On Thursday, Ms Waiguru was questioned for nearly four hours by the PAC over the corruption allegations, reports the BBC’s Bashkash Jugsooda’ay from the capital, Nairobi.

There was no mention of the sex toys.

Earlier, Ms Waiguru distanced herself from the alleged corruption saying on her Facebook page that she does “not purchase anything for the ministry”.

She added that there was no TV screen or piano in her office.