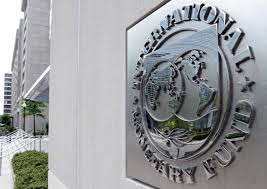 The International Monetary Fund, (IMF), has welcomed policies initiated in the 2015 budget by the Ghanaian government to reduce the country’s debts and budget deficit.

The IMF has also hailed government’s moves to clean up the payroll and reduce the public sector wage bill in the budget presented to Parliament, Wednesday, by Finance Minister Seth Terkper.

This was contained in a statement released by the Bretton Wood institution after the third round of discussions with Ghana for a possible programme.

“At the same time, the budget allows for maintaining public investment above 5 percent of GDP as well as increasing social protection spending targeted at the most vulnerable.”

The mission also welcomed the “government’s aim to implement structural reforms to underpin a sustained consolidation towards a fiscal deficit objective of 3.5 percent of GDP by 2017.”

“Reforms will include strengthening public finance management, reducing tax exemptions, enhancing tax administration and reviewing the earmarking of revenues for statutory funds,” a statement from the Fund said.

It observed that: “Efforts to clean up the payroll and enhance its management have been initiated and should be pursued swiftly. These efforts, together with the implementation of appropriate pay and hiring policies, will help further control the wage bill, which has been a significant source of fiscal risk”.

The IMF also revealed that the Ghanaian authorities and the mission made significant progress towards reaching understanding on strengthened macroeconomic policies, as well as on a medium-term fiscal path consistent with ensuring debt sustainability and reducing the external current account deficit.

“The IMF team will continue to support the authorities as they work in the coming weeks in several areas, including to take concrete steps in cleaning up the payroll, finalize the remaining details of their medium-term reforms and to seek external financing assurances from bilateral donors and international institutions. Once this work is completed, a financial arrangement to support Ghana’s economic program would be agreed at staff level before being proposed for the IMF Executive Board’s consideration.”