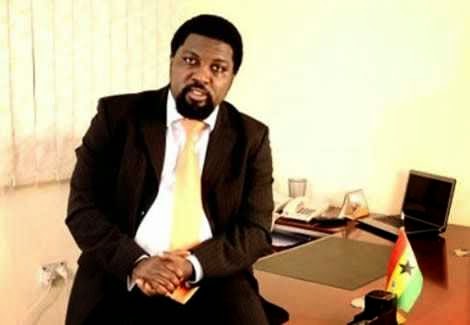 Respected beat producer and Chief Executive of Last 2 Music Group, Edward Nana Poku Osei, known widely as Hammer, has revealed he feels haunted by the emotional and psychological pain of being at loggerheads with his ex-lover and mother of his two children, Irene Nana Aba Asante, at the time she died.

The celebrated music maker said he and Nana Aba, former host of ‘GTV Movie Chat Room’, were simply not compatible as a couple, although they had two sons together and that their last quarrel, which lingered on until she died, was ignited by a rather trivial argument over the correct shoe sizes of their children.

For the last decade and a half, Hammer has earned a reputation for grooming and adding the ‘Midas touch’ to the careers of successful musicians including Sarkodie, Tinny, Edem, Obrafour, Castro and Kwaw Kese aka Abodam. He has also made stars out of the likes of Obour, Kwabena Kwabena, Okyeame Kwame and several others.

The last time I met Nana Aba we spoke heart to heart and she said she was ‘waiting’ for you to come back. How do you feel hearing such things?

I don’t know. Nana Aba was one of the best things that happened to me. Other women came into my life but she was one of the best. She was very strong. She is the strongest person you can come across but it was unfortunate that we did not end up together. I would always respect her and she was always my friend.

Let me tell you something: before she died, we were at loggerheads; we were not talking. We have two boys together and I was in a Reebok shop in the UK buying stuff for our kids. She was in Ghana and I called her on phone to ask for the shoe sizes of the children and she got angry that I did not know the shoe sizes of our kids. I also explained that the children were still growing and their shoe sizes kept changing. It became an argument between us and I got pissed off.

The unfortunate thing was that I was so stupid to hang up on her. I was in a shop, the attendant was waiting for me to pick the exact shoes I was buying and I was on phone arguing about shoe sizes. It made me angry and I hanged up on her. I got to Ghana the next week and I did not see her until she died and I would never forgive myself for that. I feel very… (pause). Let’s talk about something else, please. I don’t want to continue this topic.

If you had the chance to do things differently, would you have handled her differently?

The time we broke up was actually our best of times and I value that time. What hurts me is that I did not get to talk to her again after the Reebok shop incident before she died. I got a text message from her though, and I can reveal it to you later on, but I did not meet her. We did not speak and we never had contact until I was called on phone and told of her death. And that would forever haunt me that I could not make peace with her. There was a silly argument; I could have just understood that she is a woman and mother of our children and I should just have let it go. But I was also stubborn and did not let go.

Where are the children?

They are with her father.

How often do you see them?

Do you see them at all?

You don’t want to talk about them.

No, I don’t want to talk about that.

I can see you are getting emotional.