President Barack Obama and Congress are at loggerheads over homeland security’s $40bn (£26bn) budget, with time running out to secure a deal.

Republicans, who control Congress, are seeking to remove funding for Mr Obama’s attempt to save undocumented immigrants from deportation.

The department of homeland security protects the US borders, and guards against disasters and terror attacks.

Its current funding plan is due to end on Friday.

Mr Obama’s plan to temporarily lift the threat of deportation for about five million undocumented immigrants has become a sticking point between the two parties.

Speaking to a conference of US governors on Monday, Mr Obama told them without funding there would be a “direct impact” on their state economies and on national security.

“We can’t afford to play politics with our national security,” he said.

Unless agreement is reached, a partial government shutdown will follow, which would limit the agency’s ability to respond to terror threats, its head has warned.

“If we are going to shut down, we are greatly compromised,” Secretary Jeh Johnson told US governors on Sunday at the National Governors Association annual meeting. 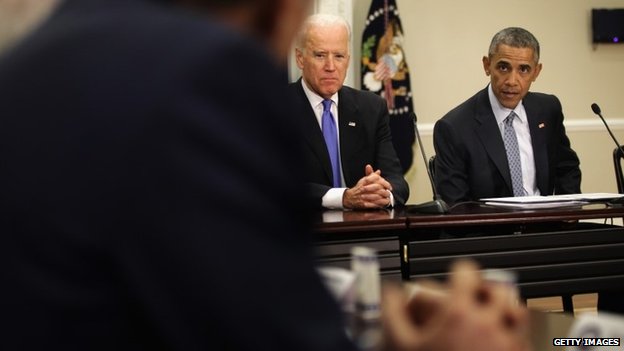 Mr Johnson said the response to severe winter storms would also be hampered by the lack of funding, as the US emergency management agency is also under the Department of Homeland Security (DHS).

If Congress fails to approve DHS funding, about 200,000 of the agency’s employees would continue working without pay. Another 30,000 would be told to stay home.

The impasse has been complicated by a judge temporarily blocking Mr Obama’s immigration executive action. The US immigration agency is under the purview DHS.

In November, Mr Obama directed US officials to protect immigrant parents of US citizens or legal permanent residents from deportation, as well as expand a previous programme doing the same for young migrants brought to the US illegally by their parents.

The decision last week by US District Judge Andrew Hanen gives a coalition of 26 states time to pursue a lawsuit arguing Mr Obama has overstepped his powers.

The justice department says they will seek a stay allowing the policies to continue as the case moves forward but the outcome of that appeal is unclear.

Some Republican senators have said funding DHS should now go ahead, given the federal judge’s ruling. 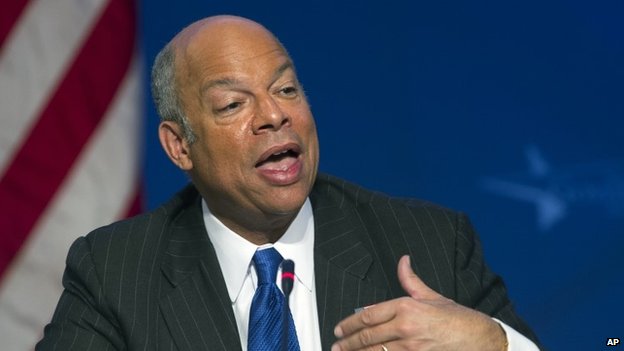 Effects of a Homeland Security shutdown

Senator Lindsay Graham said on Sunday he was “willing and ready to pass a DHS funding bill and let this play out in court”.

“Now we’ve got a perfect reason to not shut down because the courts have decided, at least initially, in our favour,” Senator John McCain told broadcaster MSNBC.

But other Republicans, including a few governors attending a White House meeting on Monday, have argued Congress should stand firm on what they see as an unconstitutional power grab by Mr Obama.

Mr Obama is set to meet governors during the last day of the conference on Monday – but has not shown any willingness to drop his executive action in exchange for the department’s funding.