Kenichi Yatsuhashi began life as Hearts of Oak coach with a hard fought 1-0 victory over New Edubiase at home.The tie was settled with a late Samuel Yaboah strike to give Hearts of Oak all three points on the dayHearts started with Mustapha Essuman, Richard Akrofi, Ibrahim Samudeen, and Kennedy Appiah but it was another debutant, Sam Yeboah, who came from the bench to bring smiles to the thousands of Hearts fans gathered at the Stadium.Hearts did most of the probing in the game but were left susceptible to the speed and counter of their opponents from Bekwai. 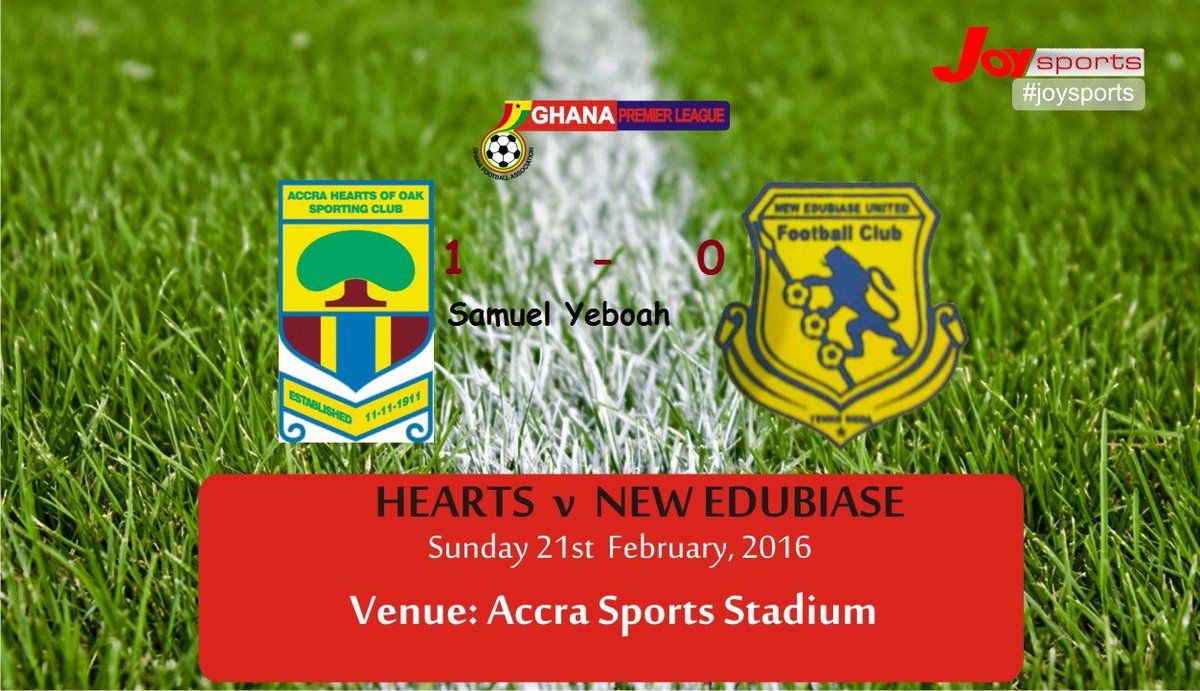 Dreams FC opened their Premier league campaign with an impressive 1-0 away to fellow entrants Ebusua Dwarfs at the Robert Mensah Stadium.Johnson Owusu got the decisive goal on the nick of halftime to silence the noisy Cape Coast fans
Dwarfs’ attempt to restore parity proved futile as Mozart Adjetey thwarted their efforts with series of top class saves.
The brightest chance fell to striker Bright Lukman  when he came one-on-one with Adjetey but he only managed to flufr his lines. 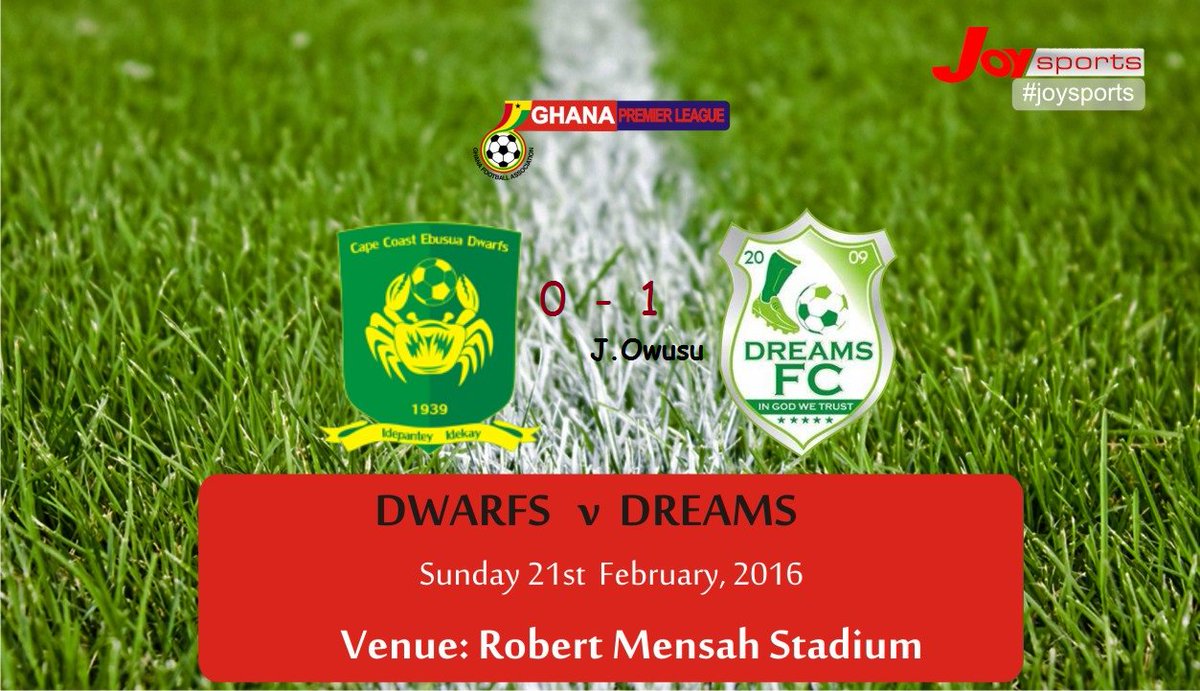 Fellow debutants, Techiman City FC also fetched h a narrow 1-0 win over regional rivals Berekum Chelsea at Nana Ameyaw Park in Techiman.Ex-Chelsea attacker Issaka Ibrahim left it late to score the only goal of the game on his debut to send the home fans into wild jubilation.
The Nana Ameyaw Park saw a large crowd on the day who trooped to watch Techiman City’s first Premier League game since 1986.
The downside to this game was a horrific injury for Berekum Chelsea attacker Ashiwome Fumador who was taken off the pitch injured after an awkward landing. 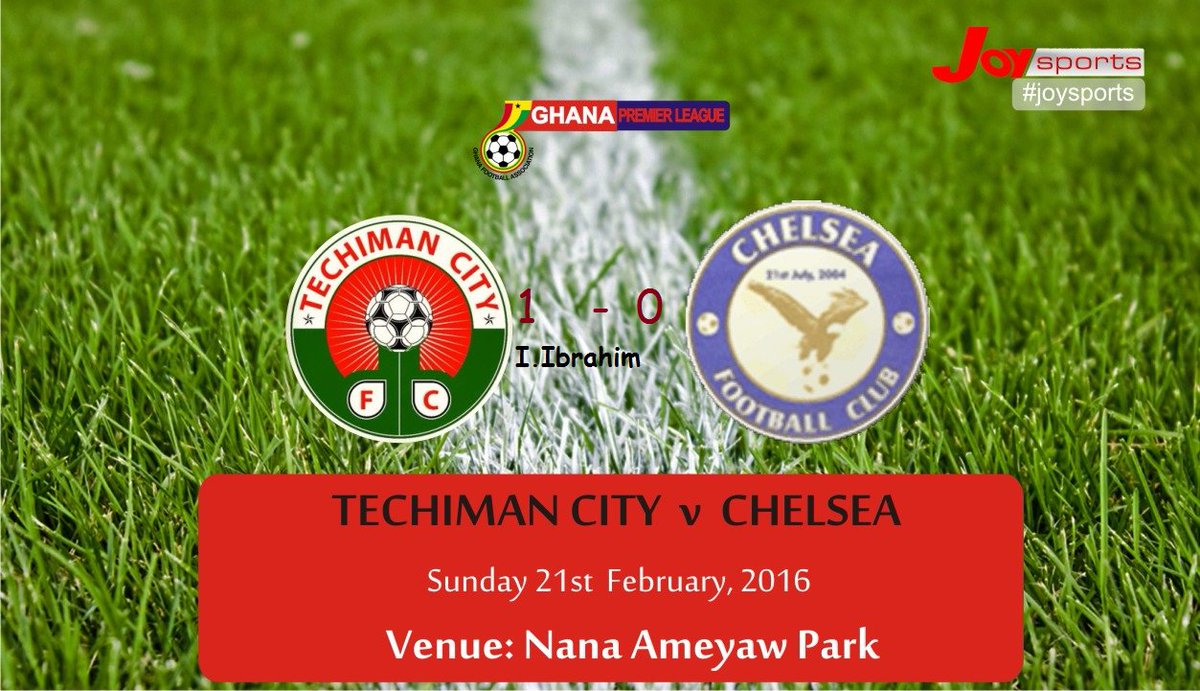 Striker Maxwell Baako scored a brace to power Wa All Stars to a commanding 3-0 win over visiting Sekondi Hasaacas at the Wa Park in the Ghana Premier League on Sunday.
Maxwell Baako opened the scoring for All Stars in the 17th minute before Richard Arthur increased the tally for the on the 33rd minute mark.
Baako returned from the break to score his brace to round off a comfortable victory for the Wa side. 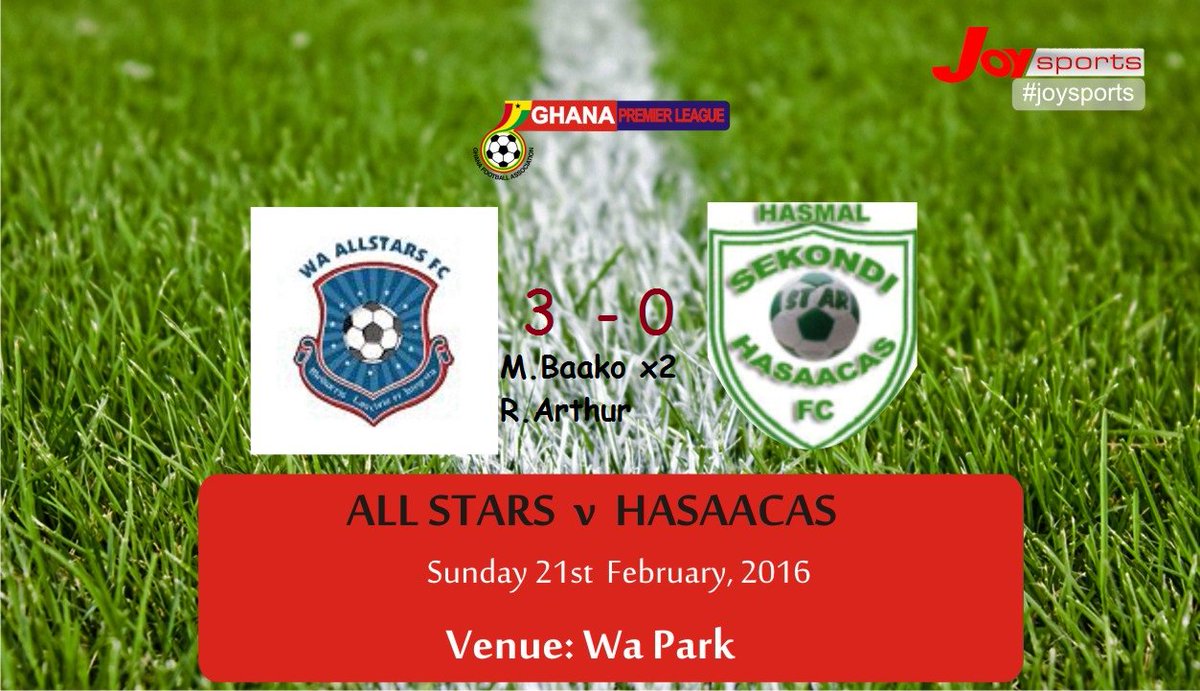 Ashantigold began their title defence with a 2-1 win over Medeama in Obuasi
Nuhu Fuseini and Alhassan Nuhu scored in between Bernard Ofori’s goal from the spot to hand the Miners a sweet revenge over Medeama.Alhassan Nuhu opened the scoring in the 36th minute before former teammate Bernard Ofori restored parity for Medeama through the spot kick.Nuhu Fuseini proved the winner when he scored a scorcher in the opening minutes of the second half. 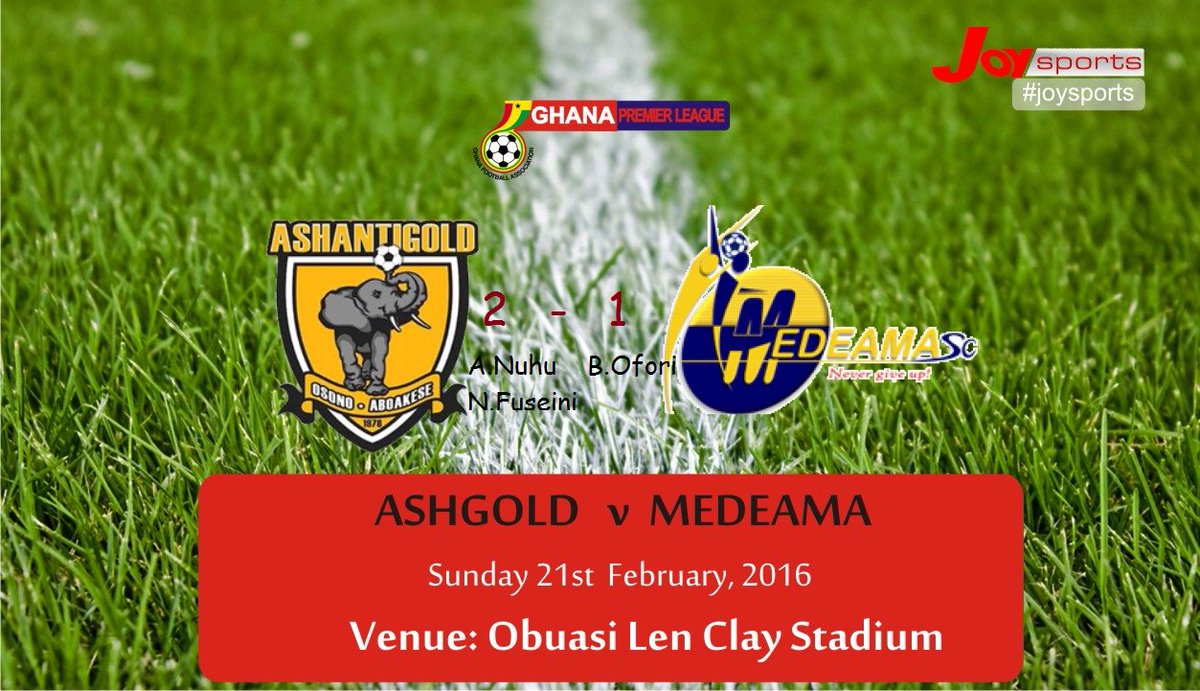 Bechem United defeated Liberty 2-0 at the Nana Gyeabour Park in Bechem.
Yaw Arnol and Francis Afriyie scored to fetch the Bechem side an opening matchday victory.
Afriyie applied a perfect technique to connect a free kick home midway through the first-half befor Arnol collected a ball from 25 yards to score a clinical effort. 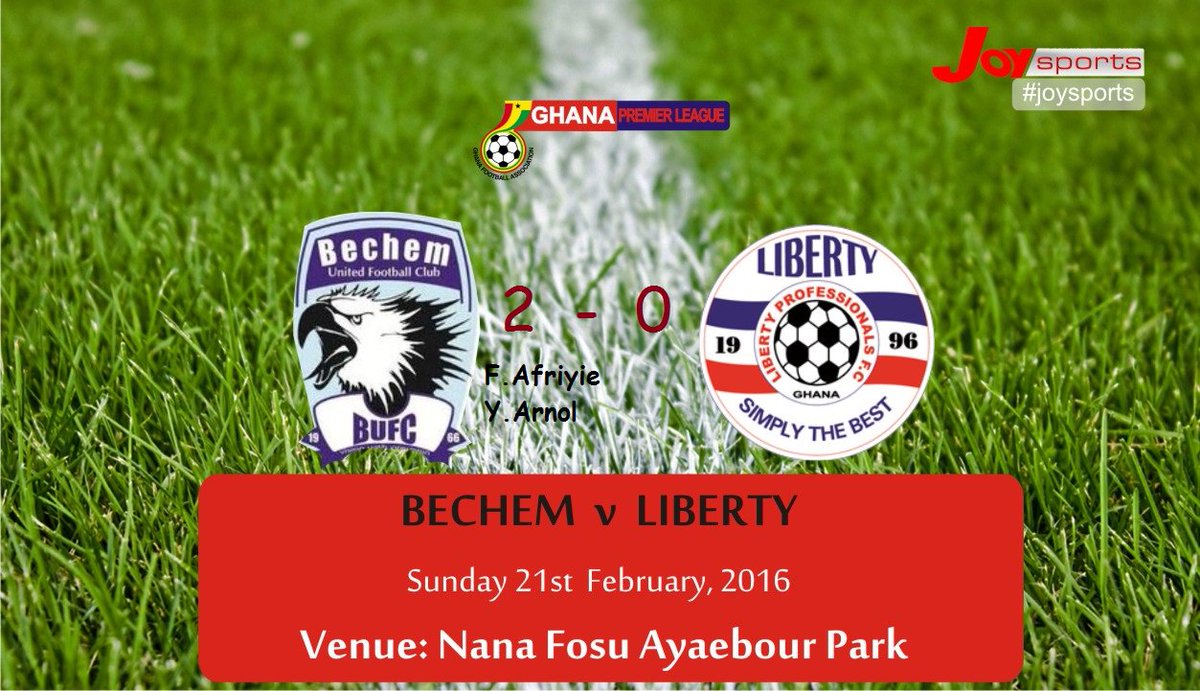 Inter Allies produced an effective display to see off title favourites Aduan 2-0 at the Tema Patk.
Ropapa Mensah opened the scoring in the 19th minute before Ghana youth midfielder Isaac Twum scored a spectacular goal five minutes before the break.Aduana continue to struggle at Tema falling to a similar scoreline in last season’s league. 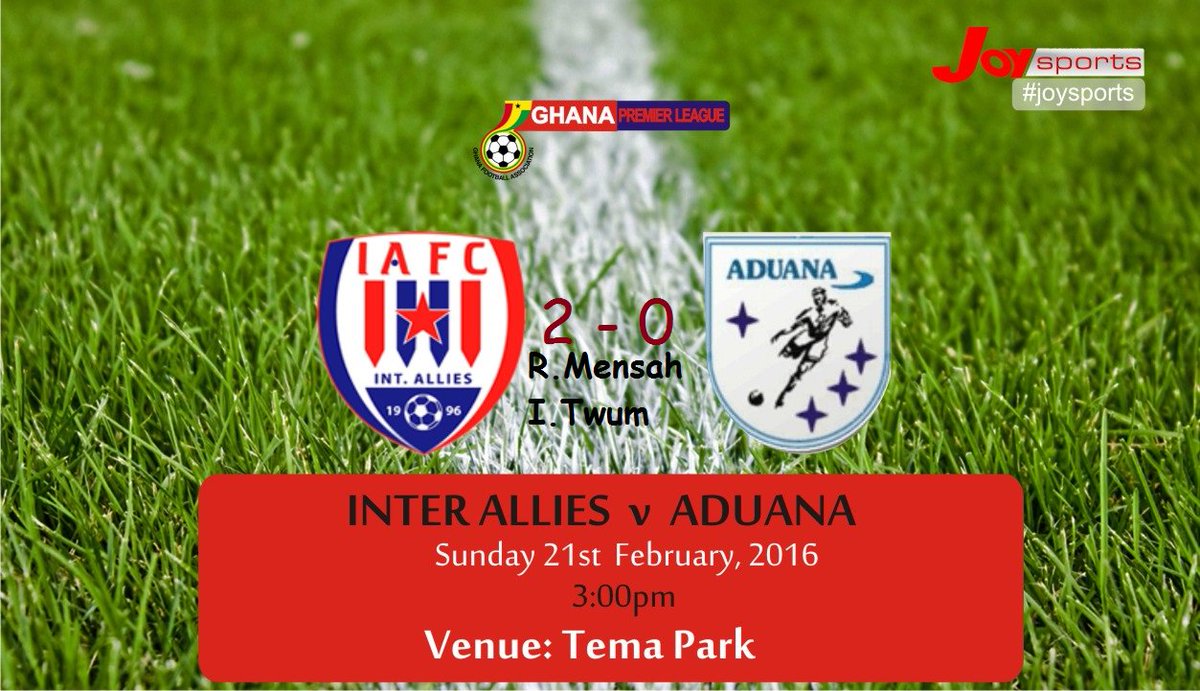