Ghana to impose temporary ban on chicken imports from USA 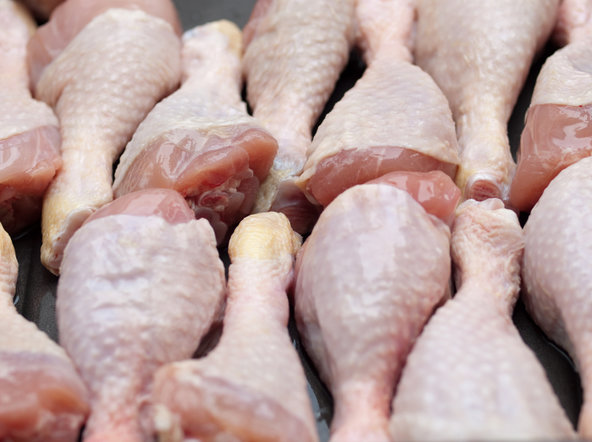 The Ministry of Food and Agriculture has said it will ban the importation of chicken from the United States.

This follows the discovery by scientists of the US Food and Drugs Authority that chicken imports coming into Ghana and other African countries contain arsenic – a poisonous chemical which causes cancer.

The discovery was captured in a report by the Wall Street Journal. Deputy Agric Minister Dr Hannah Bisiw says an immediate restriction of US chicken imports should help protect Ghanaians from any possible harm.

She said until the products are declared safe for consumption, they will not be allowed on the Ghanaian market.

Products which have already been imported into the country will be difficult to trace but measures are being put in place to ensure that the Food and Drugs Authority and the Standards Authority take samples of what is currently in the country to ascertain their wholesomeness, she said.

However, Ghana’s Food & Drugs Authority says there is no cause for worry. Senior Regulatory Officer there, Edward Archer says the arsenic levels found are too low to cause any harm.

He said the trace chemicals discovered in tested feed are organic and harmless and that traces of inorganic forms were found in the imported poultry which is why concerns have been raised. However he stressed that the products are safe for consumption.

Mr Archer said he finds the impending ban on chicken imports “interesting” and that if the ministry bans the import of chicken then it might as well ban the import of all poultry products which contain the same chemicals.

Otherwise the ministry will not achieve its aim if it only bans the import of chicken, he added.

The US Food and Drugs Authority (FDA) on its website said it detected higher levels of inorganic arsenic in the livers of broiler chickens after conducting a study of 100 broilers recently.

Arsenic is a naturally occurring substance found in food, air, soil and water. Scientists say arsenic can be transformed from an organic form which is less toxic; into inorganic which is dangerous to health.

The US FDA has subsequently asked the manufacturing company Pfizer to stop producing the drug, 3-Nitro, which contains the toxin.