Facebook is to give posts by users’ friends and family greater prominence in their News Feeds.

The social network said its members had expressed concerns that they were missing “important updates” from the people they cared about.

The move reverses a trend towards giving more space to content posted by the news media and brands. One expert said it highlighted that newspapers and broadcasters’ interests did not always match those of the firm.

Facebook said that in several surveys it had carried out, users had told it they wanted to see more “friend content”, and it was altering its algorithms to accommodate this.

“We are not distinguishing in this change if my friend shared a photo of their daughter or if they shared a link to an article about current events,” the company’s vice president of product management Adam Mosseri told the BBC.

“We think both of those are content that connects people with their friends… and are valued more highly now in our system. “It is possible that some publishers may see a small but noticeable drop in reach, but I don’t think this will be a very big change.”

The action means that organisations that have focused on accumulating lots of likes to drive traffic to their posts might not see as much benefit as before.

For a long time, Facebook’s advice to publishers and companies was to build as large a following as you can,” commented Joshua Benton, director of the Nieman Journalism Lab, at Harvard University. “Over time, though, Facebook has made those followings less and less useful.

“First, they reduced the share of your followers that your messages on Facebook reached. “Now they say they will be giving more weighting to the sharing activity of your friends and family than that of the companies and publishers that you follow.

“It’s going to have a real impact – and it’s another instance of publishers who thought Facebook was an open platform that they could use to reach their audiences having to realise that it has its own set of incentives and goals that do not always line up with theirs,” he said.

A blog posted by the California-based firm says it still wants to identify and spread posts that “inform” and/or “entertain” but adds that “friends and family come first”.

Mr Mosseri said the move was necessary to counteract the fact that not only were more professionals publishing content to Facebook, but they were also doing so more frequently. One consequence is that creators will now need to think more about how to engage their audience beyond just having their posts read or watched. 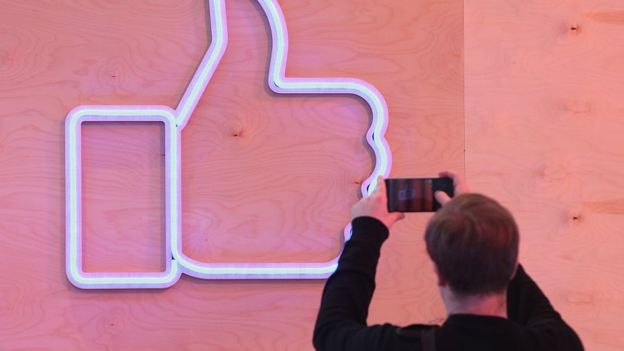 “It’s important to publish content that people want to talk about. “Sharing is one really good way to talk about things, and that content will continue to do well in News Feed.

“But we also value comments very highly. “So, sharing content where people actually want to have meaningful conversations with each other is also important.

“We are trying to make sure we are providing the most valuable user experience we can to the people who use our products every day.