Manchester United’s Europa League campaign resumed with a defeat in Denmark as Midtjylland prevailed 2-1 in the first leg of the round of 32.

The result might have been worse if not for a few fine saves by Sergio Romero, who made his first appearance for United since October after David De Gea suffered an injury in the warm-up.

Romero had made two good saves before United took the lead on 37 minutes. Memphis Depay stretched to knock down a Jesse Lingard cross, then managed to shoot the ball over the line while off-balance.

But United were denied a half-time lead as Pione Sisto showed good speed with the ball at the top of the box before putting a shot past Romero with a slight deflection of Chris Smalling.

Romero made another fine save after the hour mark to deny Paul Onuachu and keep the game level with a diving effort. But he could not prevent Onuachu from giving Midtjylland the lead in the 77th minute.

The 6-foot-7 substitute shrugged off a challenge at the top of the box from Juan Mata, who stands a full foot shorter than the Nigerian, and fired a low shot that crept inside the post. 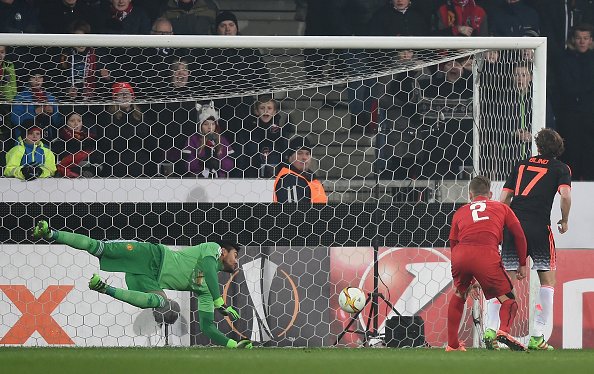 Tottenham held on for a 1-1 draw with Fiorentina after initially taking the lead in Italy.

Spurs led in the 37th minute after Ben Davies was fouled in the box and Nacer Chadli converted the penalty.

But the Serie A side were back level when Federico Bernardeschi took a shot from 30 yards that took a big deflection off the boot of Ryan Mason and looped over Michel Vorm.

Fiorentina kept up the pressure in search of a winner, but Tottenham will enjoy a slim away-goals advantage for next week’s return leg. 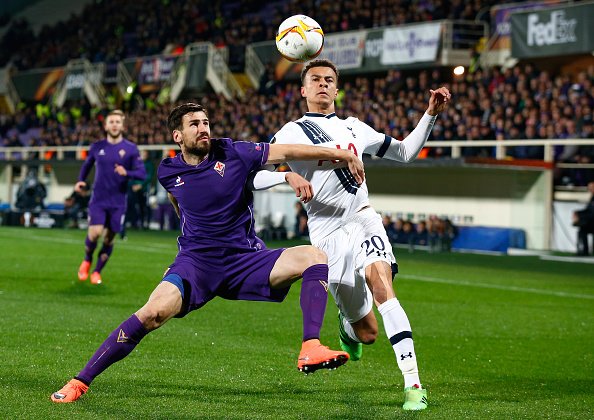 Poland international Piszczek headed home following a corner in the sixth minute for his first goal in the competition since 2009.

Henrikh Mkhitaryan pulled the ball back for  Reus to add a second goal after the break. 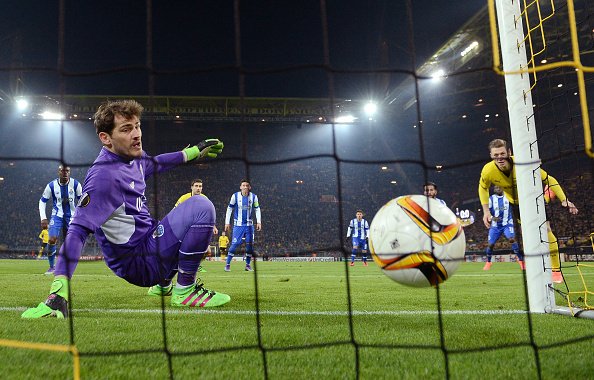 Former Dortmund boss Jurgen Klopp had no joy in his return to Germany as his Liverpool side were held to a goalless draw at Augsburg.

In a game of few chances, the hosts came closest when Ji Dong-Won hit the outside of the post in the 86th minute.

Augsburg could find if more difficult to find a goal in the second leg at Anfield, though. after Raul Bobadilla left the game with an apparent hamstring injury in the first half. 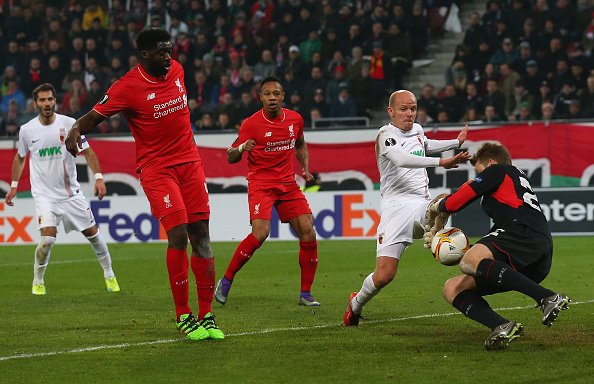 Denis Suarez scored on a sharp free kick to give Villarreal a 1-0 victory at home over Italian contenders Napoli in their home leg.

The game was goalless in the 82nd minute when Suarez put the ball over the wall and in off the underside of the bar from 25 yards out.

It was the first defeat for Napoli in the Europa League this season following a perfect group stage. 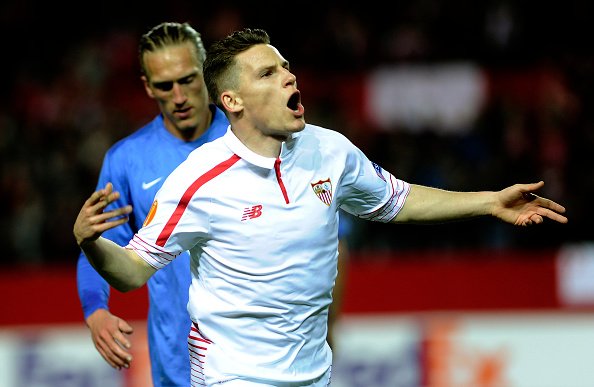 Valencia ran riot in their home leg against Rapid Vienna, winning 6-0 with five of their goals coming in the opening 35 minutes. 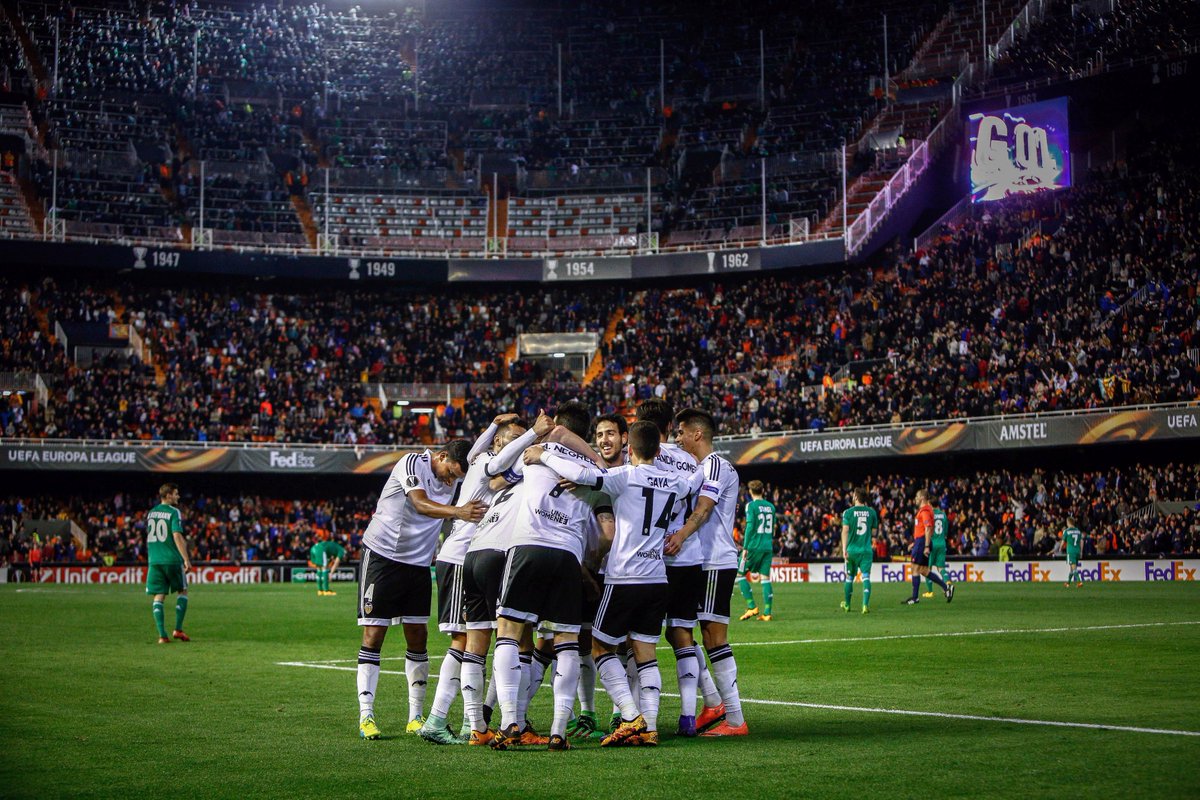 Fernando Llorente recorded a brace with goals on both sides of half-time to lead Sevilla to a 3-0 win at home against Norwegian side Molde.

Kevin Gameiro added a second-half goal to boost the advantage for the two-time defending champions.

Athletic Bilbao will return home after securing a 1-0 win at Marseille thanks to Aritz Aduriz’s wonderful volley from distance nine minutes after half-time. 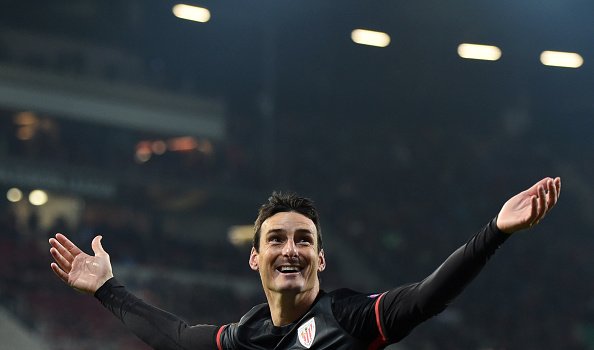 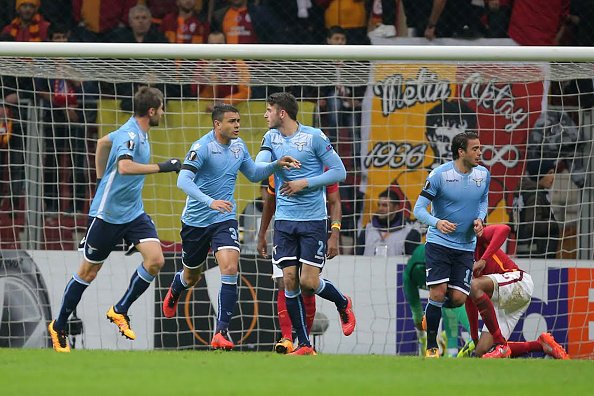 Schalke could not find an away goal in a goalless draw against Shakhtar Donetsk, who had Oleksandr Kucher sent off late on as they continued to play in the western city of Lviv, 1,200 kilometres from their home.

Karim Bellarabi scored in the first half to give Bayer Leverkusen a 1-0 win at Sporting.

Playing without injured striker Javier Hernandez, Leverkusen took the lead in Lisbon in the 26th minute when Bellarabi tapped in a cross with his knee at the far post. 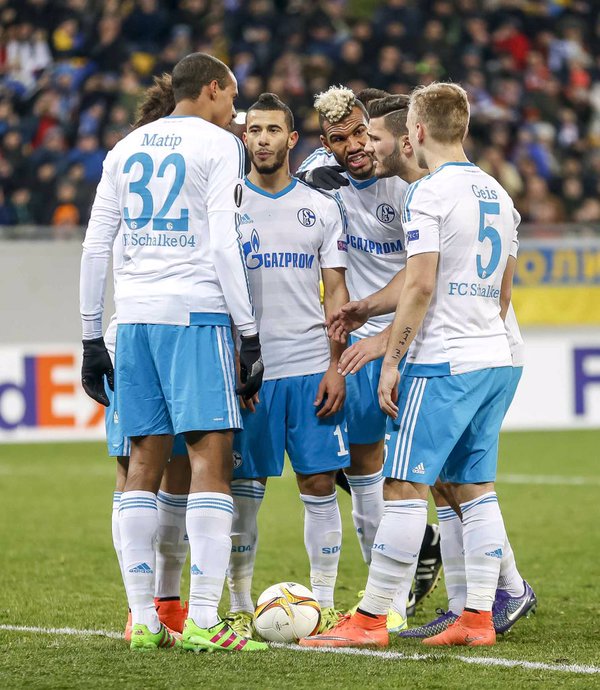 Nikola Stojiljkovic put Braga ahead on 13 minutes, and though Sion’s Moussa Konate equalised after the break, the visitors responded quickly through Rafa Silva.

The French side had taken a commanding lead through goals by Moustapha Bayal Sall and Kevin Monnet-Paquet, but Walter Samuel responded for Basel just before the break, and a Marc Janko penalty on 56 minutes levelled the score.

But Jean-Christophe Bahebeck’s goal in the 77th minute provided the difference for the home side.

Kara Mbodji’s goal in the 67th minute gave Anderlecht a 1-0 advantage over Olympiakos ahead of the second leg in Greece.