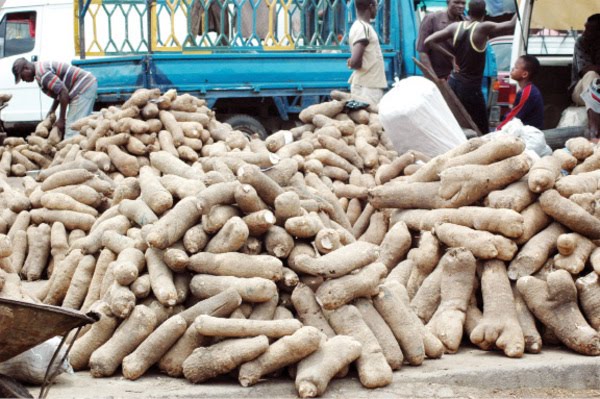 The European Union (EU) in Ghana and United Kingdom research institutions to cut post-harvest losses of yams, estimated at 60 per cent globally.

Through the GRATITUDE project, the EU is funding the efforts of the Centre for Scientific and Industrial Research -Food Resources Institute (FRI) and Natural Resources Institute (NRI) of University of Greenwich UK, on making gains from losses of roots and tubers like yam and cassava.

An official statement from the research bodies said the project aimed at reducing these losses to enhance the role the yam plays in food and income security through value added processing to reduce physical and economic losses.

These are being done through the development of viable new processed products that provide options of households to sell their produce for reasonable prices and result in reduced physical or economic losses.

According to the statement, yam is one of the important food security crops for approximately 700 million people in the world, however, 60 per cent of fresh yams are currently considered to be lost after harvesting.

According to the CSIR-FRI, per capita consumption of yam in Ghana is estimated at 42kg/annum, making the country the third largest producer and consumer of the crop in the world, following Nigeria and Cote d’Ivoire.

Changing food habits in West Africa as a result of urbanization has brought about a change in demand patterns of food, the researchers said.

“This offers an opportunity for adding value through the conversion of some of the yam that would otherwise have gone waste into processed products such as composite flours, in the form of High Quality Yam Flour (HQYF) and other more convenient forms of traditional products.” they said.

Although there is some yam flour on the market in West Africa, there are issues with quality and quantity at the Small and Medium Scale (SME) level.

According to Dr Charles Tortoe, Head of Food Processing and Engineering Unit of the FRI, yam products such as yam chips, yam-legume flour and pre-cooked vacuum packaged yam could be seen as alternative ways of utilizing the crop and reducing post- harvest losses.

To introduce the products for commercial uptake and establish high economic values for them, they should be branded with unique packages and priced competitively, he recommended.

On the possible use of high quality yam flour, the FRI said the cassava could be used exclusively or blended with cassava starch for instant fufu preparation as well as composite flour (with wheat flour) for baking bread.

“It could also be used for production of all sorts of pastry products, as replacement for starch in some applications, for the manufacture of confectionery, expanded use in food processing and also within certain industrial processes,” he said.

“Besides strengthening food stability, utilization of yam on a large scale may also support the sustainable agricultural development in Ghana and Nigeria.”

Experts say yam is a good source of energy with 100 grams providing 118 calories.

Its crunchy edible part chiefly is said to be composed of complex carbohydrates and soluble dietary fiber.

Dietary fiber helps reduce constipation, decrease bad (LDL) cholesterol levels by binding to it in the intestines and lower colon cancer risk by preventing toxic compounds in the food from adhering to the colon mucosa.

Additionally, being a good source of complex carbohydrates, it regulates steady rise in blood sugar levels, and, for the same reason, it is recommended as low glycemic index healthy food, according to scientists.