United fielded an under-strength side due to injuries with 18-year-old rookie defender Cameron Borthwick-Jackson in a makeshift back four that also included Guillermo Varela.

And they were behind inside two minutes as goalkeeper David De Gea let Junior Stanislas’ corner in with the help of a gust of wind.

Marouane Fellaini got United back into the game with a close range effort, but Josh King netted against his old side after the break to hand Bournemouth another stunning win in their first season in the top flight. 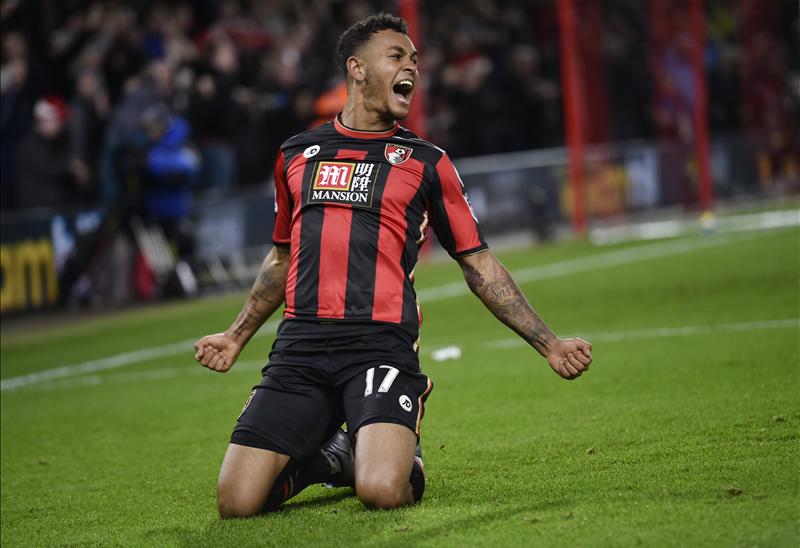 It was City who broke the deadlock, though, with Wilfried Bony heading home against his former club from a Jesus Navas corner on 26 minutes. 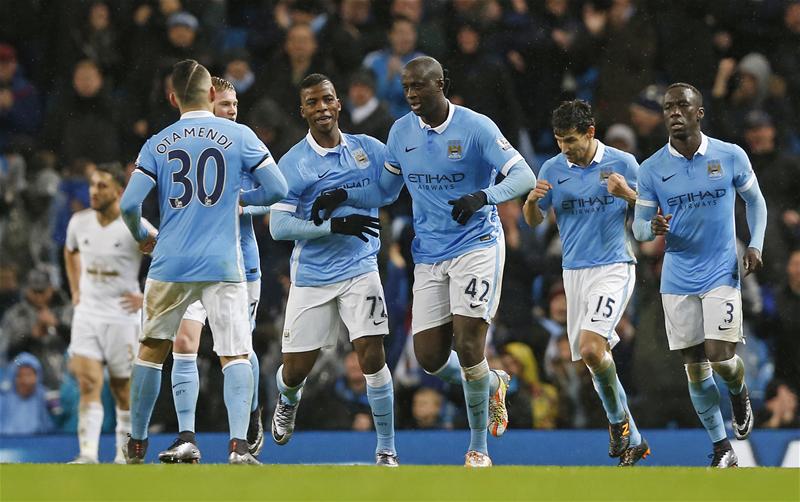 Norwich were much improved in the second half, though, and they restored parity little over a minute into the second half when Wes Hoolahan was able to scramble the ball over the line after Ross Barkley had half-cleared a corner.

Cameron Jerome missed a glorious chance to put Norwich ahead with 20 minutes to play as he blazed his shot over the cross. 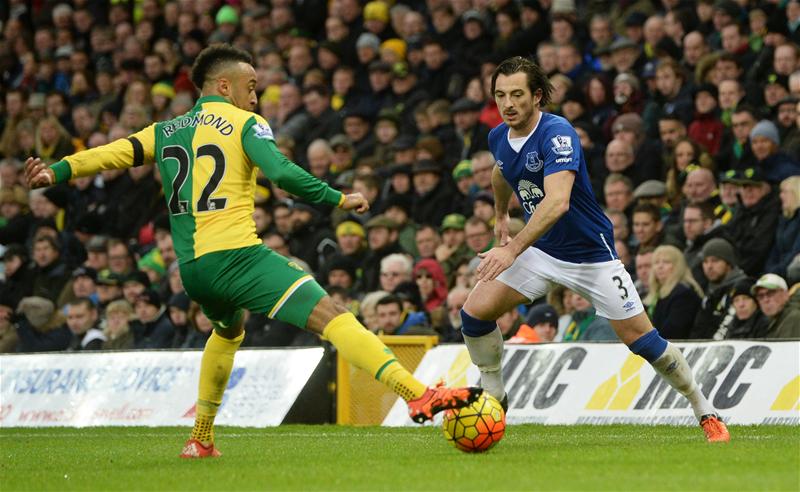 West Ham United and Stoke City both hit the woodwork as they played a goalless draw at Upton Park.

Marko Arnautovic, who scored a brace in his last outing against Manchester City, should have opened the scoring on 29 minutes but somehow missed the target.

Arnautovic came close again in the second half when his free kick was deflected onto the crossbar, with Bojan Krkic firing the rebound over.

Mauro Zarate then hit the outside of the post for the Hammers, but neither side could break the deadlock as the match ended in a draw. 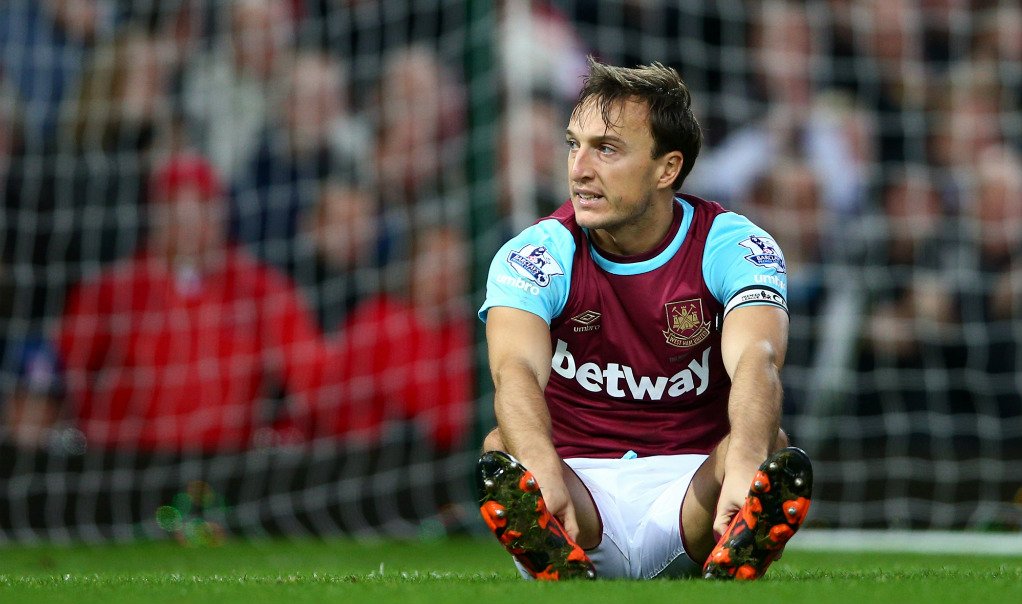 Saints might have gone ahead on 32 minutes when Steven Davis headed towards goal, but Palace keeper Wayne Hennessey made a stunning one-handed save.

The Eagles took the lead soon afterwards through Yohan Cabaye after excellent work from Yannick Bolasie.

That proved enough to give Palace the victory, with Saints now having picked up just one point from their last four league games. 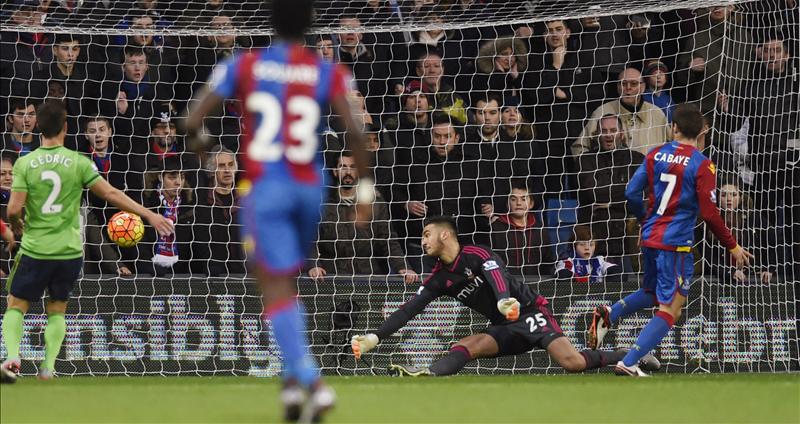 Watford clung on for a 1-0 win at Sunderland to secure a third successive win.

Sunderland made a game of it after a dreadful start with substitute Jermain Defoe seeing a strike correctly ruled out for offside and forcing a fine late save from goalkeeper Heurelho Gomes, but the visitors were the better side and were worthy winners. 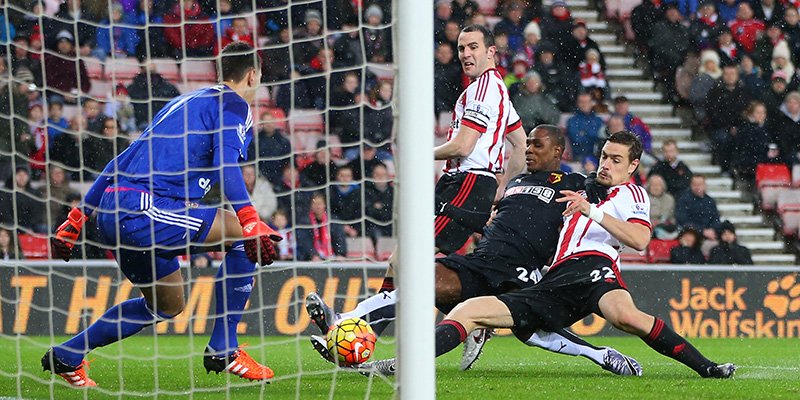