Ghana has been experiencing power outages for the last three years, making it the longest the country has experienced. Here are some consequences you may not have expected.

When you walk through central Accra, you hear this annoying buzz. It’s like the buzz of a mosquito in your ear.

It comes from all the businesses that are using generators. The more expensive generators are quiet but many places can only afford the cheaper ones.

This buzzing taunts you in your bed as well if, like me, you don’t have a generator but your neighbour does. You’re not only sweltering in the heat but disturbed by the noise as well.

The president is renamed

Whenever there is a crisis in Ghana that a politician doesn’t fix, they get a nickname for it.

This time, President John Mahama has been nicknamed Mr Dumsor after the popular word for the power outages.

Dumsor is formed from two Twi words – “dum” and “sor” meaning “off” and “on” respectively.

Mr Mahama has even publicly acknowledged his new nickname and laughs about it.

A female friend told me that now there’s no football on the TV she has suddenly become more attractive to her husband.

Now, she said, “we play our own game”. And yes, that is a euphemism.

Families are also spending more time talking to each other instead of being glued to social media as the charge on our phones and laptops runs out.

Some hospitals don’t have the money to constantly run generators.

So when the lights have gone out, midwives have used torches or the light on their mobile phones to deliver babies.

Even people who have generators at home tend to turn them off at midnight. This means you can’t freeze your food.

For me this is a positive thing. My wife used to cook stew and light soup in bulk for the week and freeze it.

This has stopped our quarrels over food.

Now that our fridge has effectively become a cupboard – everything we eat is freshly cooked. Yum. 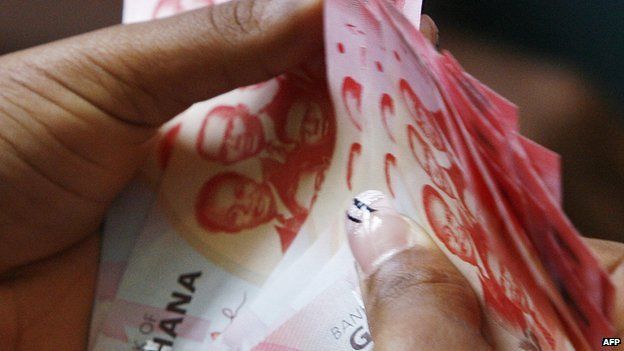 Another positive outcome for me is that my electricity bill has gone down by half.

It is common for people in Ghana to use a pre-paid electricity meter, so the savings have come in straight away.

More time in the car

Some people are cooling off and listening to the radio in their cars before going to bed.

So engines are turned on with full air conditioning for two hours to escape the heat. Some even sleep in their cars when the heat is unbearable.

A film star and rapper get political

An actress and a rapper aren’t the first people who come to mind as political campaigners. But actress Yvonne Nelson and rapper Sarkodie have been shouting the loudest about the outages. Nelson has been urging people to tweet the president. And Sarkodie has even released a song about the power outages. The two have united to put on a vigil in protest.

But it is unusual for celebrities to get involved in Ghanaian politics and they have come in for criticism.

A former presidential aide, Alhaji Halidu Haruna, suggested that celebrities who were campaigning did not sound “reasonable” because they were “engaged in prostitution”. This did not go down well and he has since apologised.

And a few less surprising consequences: