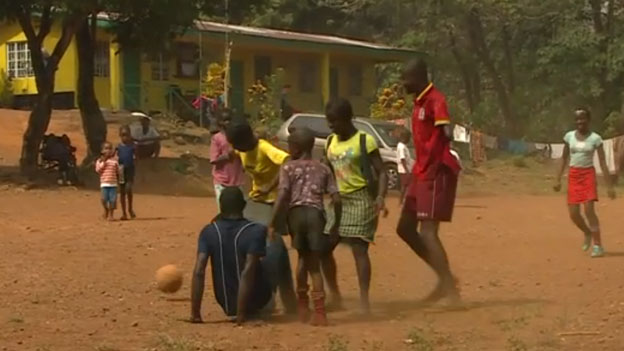 An orphanage run by a UK charity in Sierra Leone has been quarantined after one of its local staff was diagnosed with the deadly Ebola virus.

Augustine Baker is said to be in a stable condition at a local treatment centre after becoming ill last week.

Ebola has killed more than 9,500 people in Sierra Leone, Liberia and Guinea. 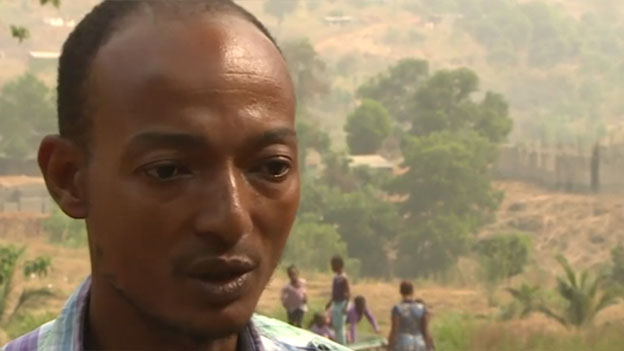 The governments of the three countries have pledged to achieve zero Ebola infections within the next two months.

‘Tireless worker’“Augustine collapsed at a staff meeting and several of his colleagues helped get him to hospital,” UK-based Mr Dean told the BBC.

“It’s possible that they have been exposed. It’s a very worrying time,” he said. 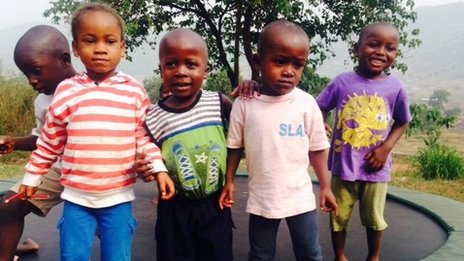 St George Foundation has helped about 200 children orphaned by Ebola

Meet the children orphaned by Ebola

The BBC’s Umaru Fofana in the capital, Freetown, says that the quarantine at the St George Foundation orphanage is self-imposed, and is expected to last for three weeks.

The orphanage was set up in 2004 on the outskirts of Freetown, and, until the Ebola outbreak, was mainly concerned with rescuing street children.

In the last year it has helped care for some 200 children orphaned by Ebola.

“Since the start of the Ebola outbreak Augustine has worked tirelessly to help children orphaned by the disease. He knew that he was at risk, but did the job, because it needed to be done,” Mr Dean said.

“A lot of people think Ebola is over, but what has happened to Augustine and the fact that last week we took in 12 children who have lost their parents to the disease shows it isn’t,” Mr Dean said.

Our Freetown correspondent says that Sierra Leone last week recorded 62 cases of Ebola and 52 deaths related to the disease.

The outbreak was first identified about a year ago in Guinea.