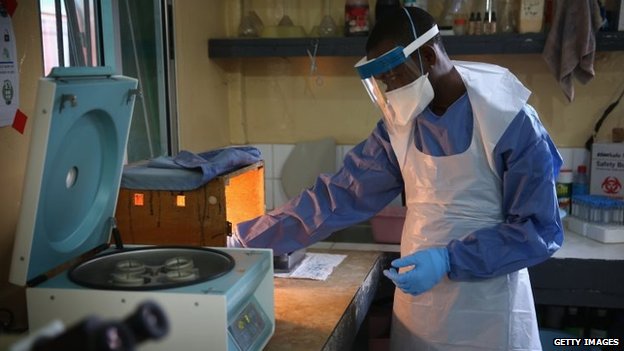 The first large-scale trials of two experimental vaccines against Ebola have begun in Liberia.

The potentially preventative medicines were taken under strict security to a secret location in the West African country.

More than 8,500 people have died in the Ebola outbreak, the vast majority in Guinea, Liberia and Sierra Leone.

The total number of reported cases is more than 21,000. In Liberia alone, more than 3,600 people have died from the disease.

The trial beginning on Monday involves injecting a small amount of a strain of the Ebola virus into 12 volunteers in order to trick the body into producing an immune response. More volunteers will be immunised as the trial progresses.

However, it is not yet clear whether the trial vaccines will offer protection against the disease. 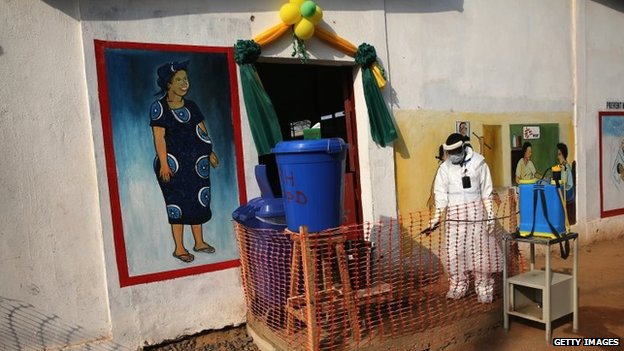 Vaccines train the immune systems of healthy people to fight off any future infection.

They often contain a live but weakened version of the virus.

Correspondents say the trials are testing two vaccines created by two different drug companies who are hoping that the international community will eventually seek to stockpile large quantities of a working vaccine.

The first man to receive the vaccine was a middle-aged Liberian, the BBC’s Mark Doyle reports from the Liberian capital Monrovia.

Asked how he felt after his jab, he smiled and gave me the thumbs-up, our correspondent says.

The senior Liberian scientist involved in the trials, Stephen Kennedy, told the BBC the volunteers were safe.

“There is no danger because the piece of the Zaire strain that has been put into the vaccine is a weak strain and it cannot and will not cause Ebola, so it is impossible that any one of the volunteers will contract Ebola from the vaccine,” Mr Kennedy said.

The scientists are well aware of how important the support of local people will be if this trial is to work, our correspondent says.

Community nurses are being trained in how to monitor volunteers in the months after they have their injections.

Duncan Bell, MSF: “We don’t want to jump for joy but… it is a step in the right direction”

Parts of the largest Ebola treatment centre in the world, on the edge of Monrovia, are being knocked down, our correspondent says.

The number of Ebola cases in Liberia has been steadily decreasing, with only five confirmed cases in recent months.

According to the World Health Organization, the epidemic has entered a “second phase” with the focus shifting to ending the epidemic.

Survival rate for the current outbreak is around 40%.

The scale of the outbreak has sparked a race to find a cure for the disease, with many vaccines and drugs being fast-tracked for human testing.

Safety trials for potential vaccines have taken place in the UK and in Switzerland and two potential drugs have been tested at Ebola treatment facilities run by medical charity Medecins Sans Frontieres.

Doctors have also been trialing serum therapy, a treatment made from the blood of Ebola survivors who have recovered.