D-Black prepares to premier own movie on Nov. 21 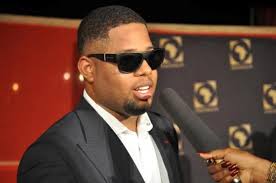 Chief Executive Officer of Black Avenue Muzik, Desmond Blackmore has stated that all is set for the premiere of his self-produced movie ‘Why Should I Get Married’ at the Silverbird Cinema on November 21, 2014.

Falling on colleagues, friends and professionals the movie stars John Dumelo, Efya, Funny face, Reggie Rockstone as well as the ‘Yes Boss’ himself. Touching on his music the ‘Vera’ hitmaker pledged to release his 3rd album in 2015 noting that fans can expect something great when he mounts the 4syte Music Awards stage to perform.

Recounting how it all begun, the Ghana buoy disclosed that it was mutual agreement between himself and onetime partner Kweku T to do 4 songs together and then go their solo ways to pursue individual careers expressing joy the collaboration birthed tunes like ‘Target Practice’ and ‘Move’.

He noted after the partnership had ended his first solo song was ‘Somebody’ which featured Kwabena Kwabena. The Black Avenue Muzik don recalled that although his first works failed to secure awards at the Channel O Awards, the nomination lifted his spirit adding winning at the Ghana Music Awards convinced him and doubtful family members there was a future to be had in the music industry.

The Ciroc Ultra-premium vodka Ghanaian ambassador explained his label company is like an incubating factory which grooms young musicians so that when they are ready for the market are allowed to fly on indicating that Dee Money and Joey B are doing fine on their own.

On the mystery surrounding the fate of Castro, D-Black observed that he is baffled by the turn of events as he had scheduled gigs to play with the ‘Underfaya’ man in Canada and the US revealing that he hosted Castro at his residence on his birthday whereupon some scenes from the party were used for the ‘Personal Person’ video.

He added: “God has a reason for everything; I pray he returns someday…we hope God answers our prayers”.

The plump rapper also disclosed plans are afoot to release a single featuring Stonebuoy soon. D-Black was a guest of Giovani Caleb on the Late Night Celebrity Show.