The fearsome Blaugrana attacking trident were at it again on Wednesday with a goal each, while Elneny’s wonder-strike proved too little, too late for Arsene Wenger’s charges

Two-third of Barcelona’s MSN were on target at Camp Nou to ensure easy passage to the Champions League quarter-finals, as Neymar and Luis Suarez hit in each half to secure a 3-1 victory over Arsenal.

The aggregate margin in favour of Luis Enrique’s team was 5-1 but Lionel Messi’s first-leg brace at Emirates Stadium did not discourage the Premier League side from playing with plenty of enthusiasm in Wednesday’s return.

All three of Barca’s esteemed forward trio were on target this time around, with Neymar punishing slack defending after 18 minutes.

Mohamed Elneny and Alexis Sanchez wasted chances to equalise before the break but a splendid finish from the former allowed him to chalk up a maiden Arsenal goal on the grandest of stages six minutes into the second half.

That superb effort gave Arsenal a glimmer of hope, with Arsene Wenger’s men requiring two more goals in a little under 40 minutes, but they were ultimately undone by the remainder of Barca’s fearsome three-pronged attack.

Suarez provided unforgettable fireworks and Messi added a late third to keep Barcelona on course to retain their European crown and leave Arsenal – out of the FA Cup and adrift in the Premier League title race – to reflect on a sixth successive last-16 exit.

Danny Welbeck scuffed an early chance wide via his standing foot and Arsenal were encouraged by an uncharacteristically untidy start from their hosts.

Mesut Ozil left Sergio Busquets on the seat of his shorts and advanced to send a shot whistling past Marc-Andre ter Stegen’s right-hand post.

Barcelona offered a glorious demonstration of their quality in the 17th minute when Neymar expertly picked out Messi with a raking pass.

Messi’s first touch was exquisite but Arsenal goalkeeper David Ospina similarly pulled a save out of the top drawer.

Jeremy Mathieu was allowed a free header on the bounce from the resulting corner and a short and sharp spell of Barcelona pressure ended with the opening goal.

Hector Bellerin allowed Neymar to sprint through goal-side of him and the manner in which he collected Suarez’s pass and slotted home came with frustrating ease for Wenger.

A heavy touch meant Elneny allowed a 38th-minute opening to pass him by and Sanchez headed a Bellerin cross wide when he should have punished his former employers. 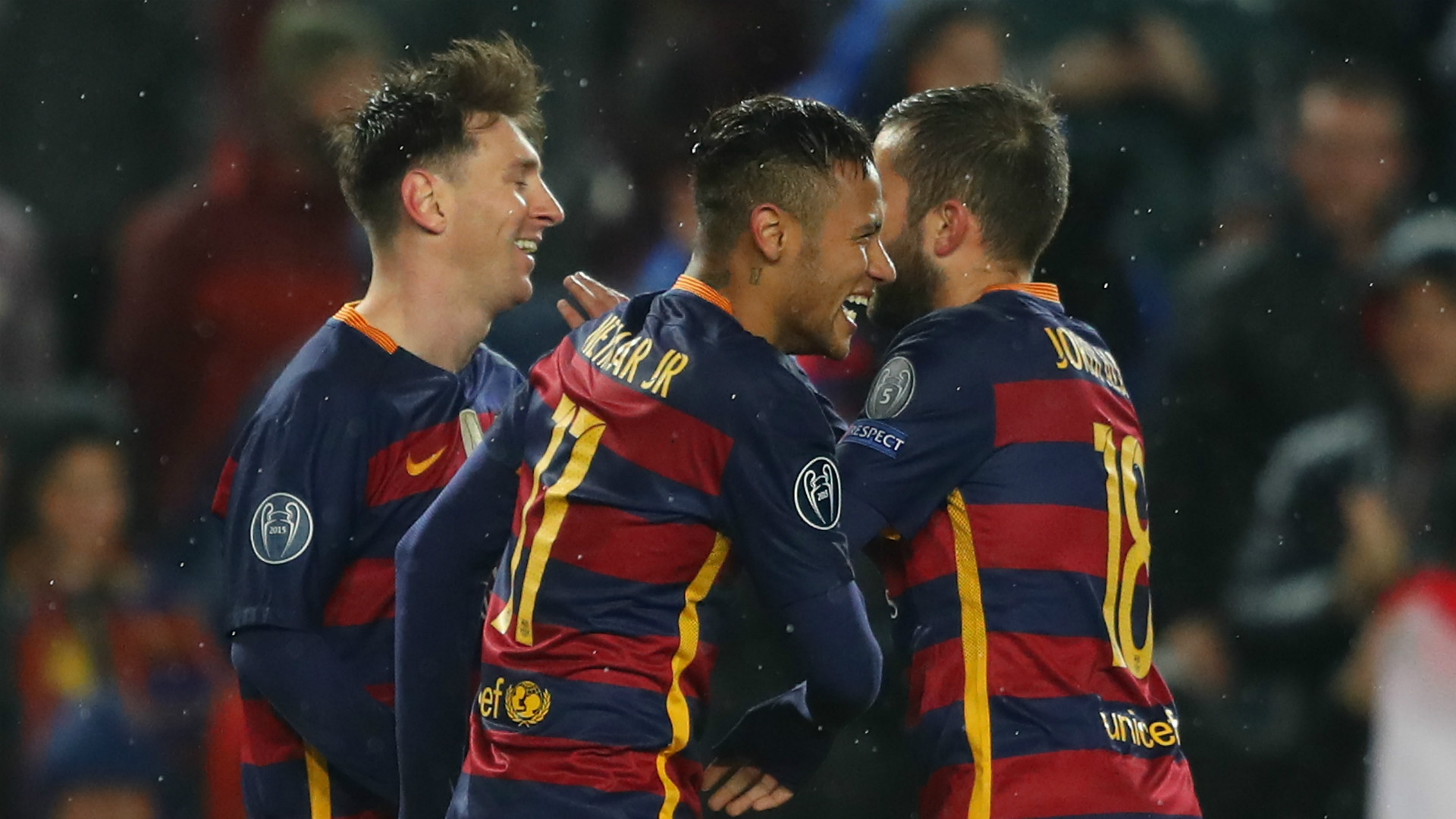 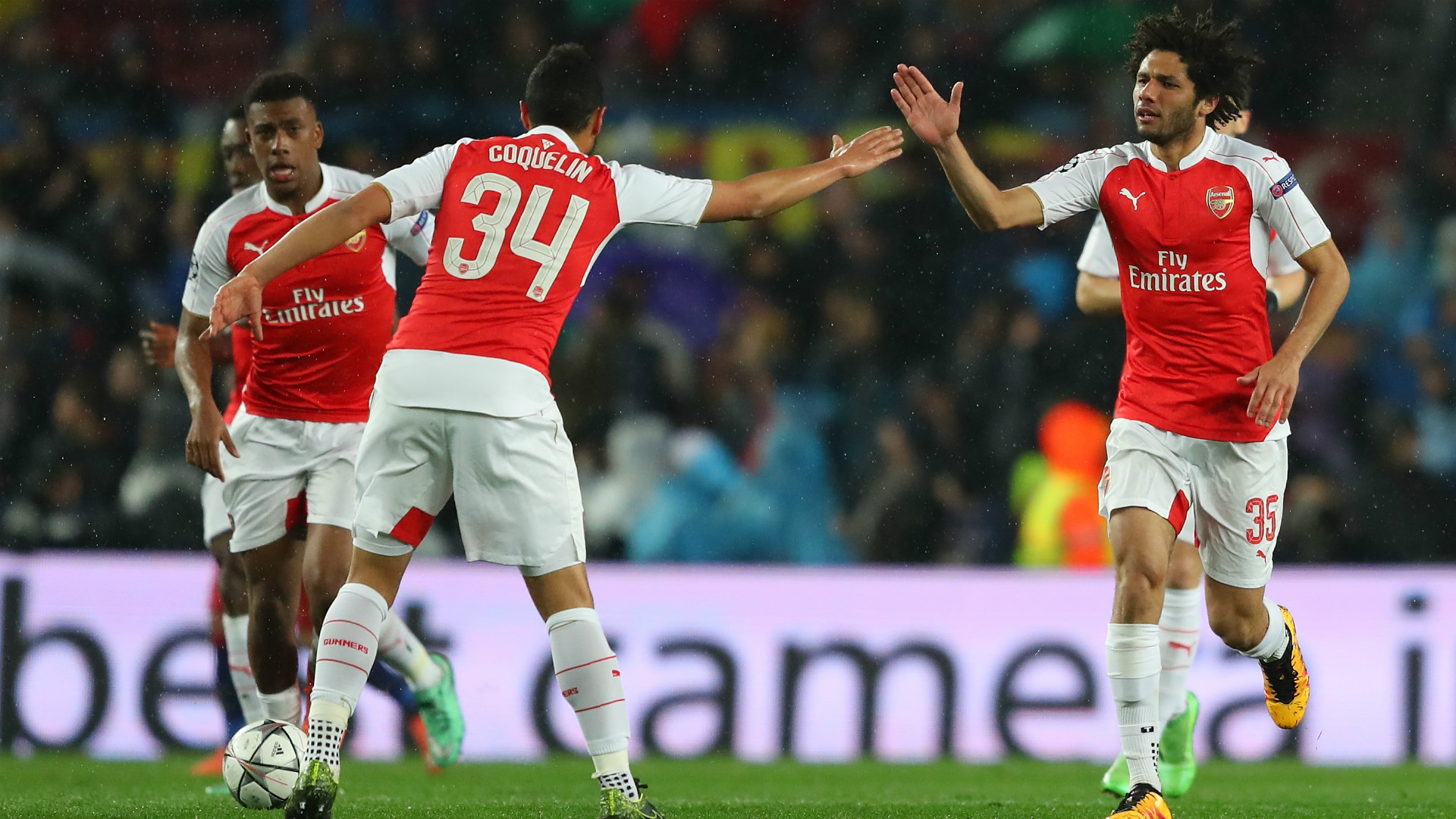 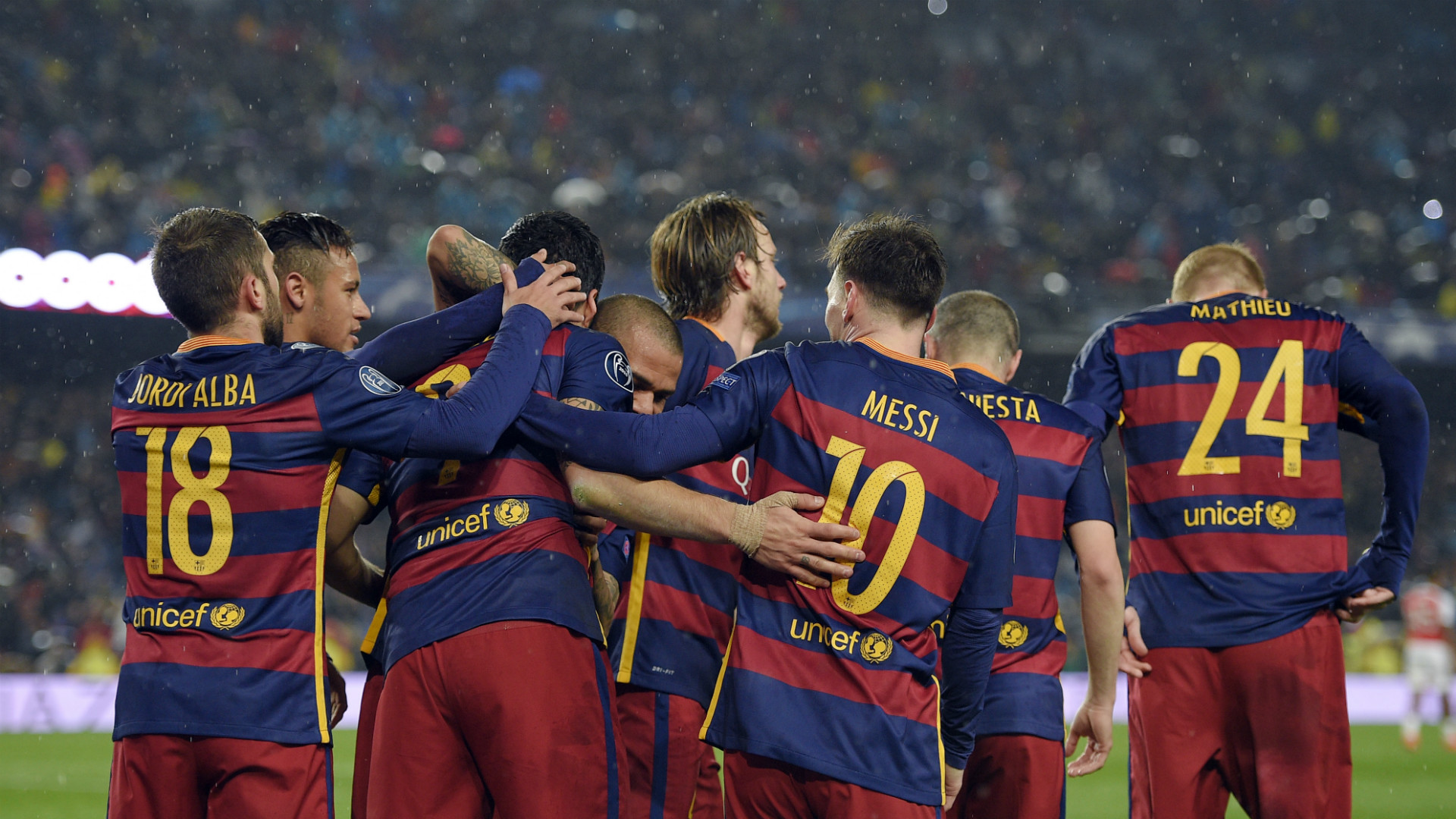 The industrious Alex Iwobi – a surprise starter – had an early second-half strike deflected into the side netting by Dani Alves before Arsenal pulled level on the night in wonderful fashion.

Sanchez cut a low pass from the left into Elneny’s path and the midfielder steered a crisp side-footed shot into the top-right corner.

Barca emerged from their latest slumber with a lightning combination between Neymar and Messi – the Brazilian’s backheel setting up his team-mate to force Ospina into a low save – although a timely recovery tackle from Javier Mascherano prevented Welbeck from ramping up the unexpected anxiety inside Camp Nou.

But where Arsenal lacked precision to go with their enthusiasm, Suarez contributed decisively with his 43rd goal of the season – and arguably his best – in the 65th minute.

Alves hung a cross towards the back post where Suarez contorted himself and sprung acrobatically to send a spectacular volley beyond a helpless Ospina.

His opposite number Ter Stegen made a double save from Sanchez and substitute Olivier Giroud, before Messi’s impudent dink underlined the gulf in penalty area class two minutes from time.