Ban on rice import will cause shortage – Rice Dealers 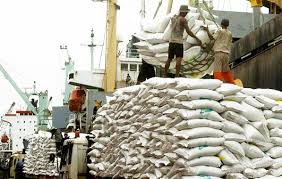 Small-scale Rice Dealers Association of Ghana (SSRIDA) has kicked against moves by government to totally ban the importation of rice.

According to them, the total ban of the importation of rice will create a huge shortage of the commodity.

Government over the years has been pushing for a total ban on rice imports as part of moves to boost local production and also ease pressure on the country’s foreign exchange reserves.

Yaw Koran, President of SSRIDA, who was speaking to Citi Business News, said the ban will not help the country’s economy, explaining that it will lead to price hikes due to the gap that would be created when the ban is put in place.”

“As local rice producers, we are looking forward to the day when Ghana would be self sufficient to emulate the example of Nigeria by banning all imports of rice. As we speak we are not self sufficient,” he said.

He said, “If the directive is enforced there will be a huge gap which will bring about price hikes. Rice is not the only commodity that is imported into the country so if we want to ban then we should ban other commodities as well.

“But we should also not lose sight of the fact that the ban will increase the level of unemployment and also reduce supply which will result in price of rice going up.”