Diego Simeone’s men could not break through in two hours, but Narsingh’s missed spot-kick finally allowed the hosts to progress following an epic battle

Atletico Madrid needed penalties to see off PSV and book their place in the quarter-finals of the Champions League after a goalless stalemate at the Vicente Calderon on Tuesday, with Luciano Narsingh’s unfortunate miss from 12 yards the difference.

Jeroen Zoet and Jan Oblak came close to stopping a spot-kick on more than one occasion in a thrilling shoot-out, but Narsingh’s attempt against the crossbar eventually paved the way for Atletico to triumph 8-7.

Diego Simeone’s men had to settle for a 0-0 draw in Eindhoven in the first leg as goalkeeper Zoet shone for the Eredivisie side and the 25-year-old was once more in superb form in the return.

Antoine Griezmann seemed set to give Atletico an early lead after some good work from Koke, only for Zoet to deny him from point-blank range.

There were few chances of note in the Spanish capital after that until Jurgen Locadia hit the upright for PSV. Fernando Torres also struck the post late on in normal time when Zoet steered his effort on to the woodwork.

Lucas Hernandez and Griezmann spurned opportunities in extra time, meaning penalties were eventually needed. Both teams remained calm from 12 yards until Narsingh hit the woodwork before Juanfran decided the tie.

Zoet put in a man-of-the-match performance in the first leg in Eindhoven and the PSV goalkeeper again showed his class early on, keeping out Antoine Griezmann’s shot from close range after the Frenchman had been set up by Koke.

The latter was also at the heart of Atletico’s next chance, with Diego Godin heading over from 10 yards out after beating his marker to the midfielder’s dangerous corner.

PSV first threatened after 28 minutes when Marco van Ginkel sent in a dangerous cross from the right, but goalkeeper Oblak got to it before Locadia could tap home at the far post.

Yannick Ferreira Carrasco then saw his shot go inches over the crossbar when he tried his luck with an ambitious long-range strike after cutting inside from the left five minutes before the interval.

Atletico came close to breaking the deadlock early in the second half as Jose Gimenez headed just wide after another corner from Koke.

PSV nearly silenced the home crowd in the 58th minute, with Oblak only just managing to push Locadia’s fine shot from the corner of the box against the upright before Godin blocked Luuk de Jong’s header from the rebound.

Filipe Luis looked dangerous shortly after with a powerful shot that seemed destined for the top corner, but Zoet once more showcased his quality with a sublime save. 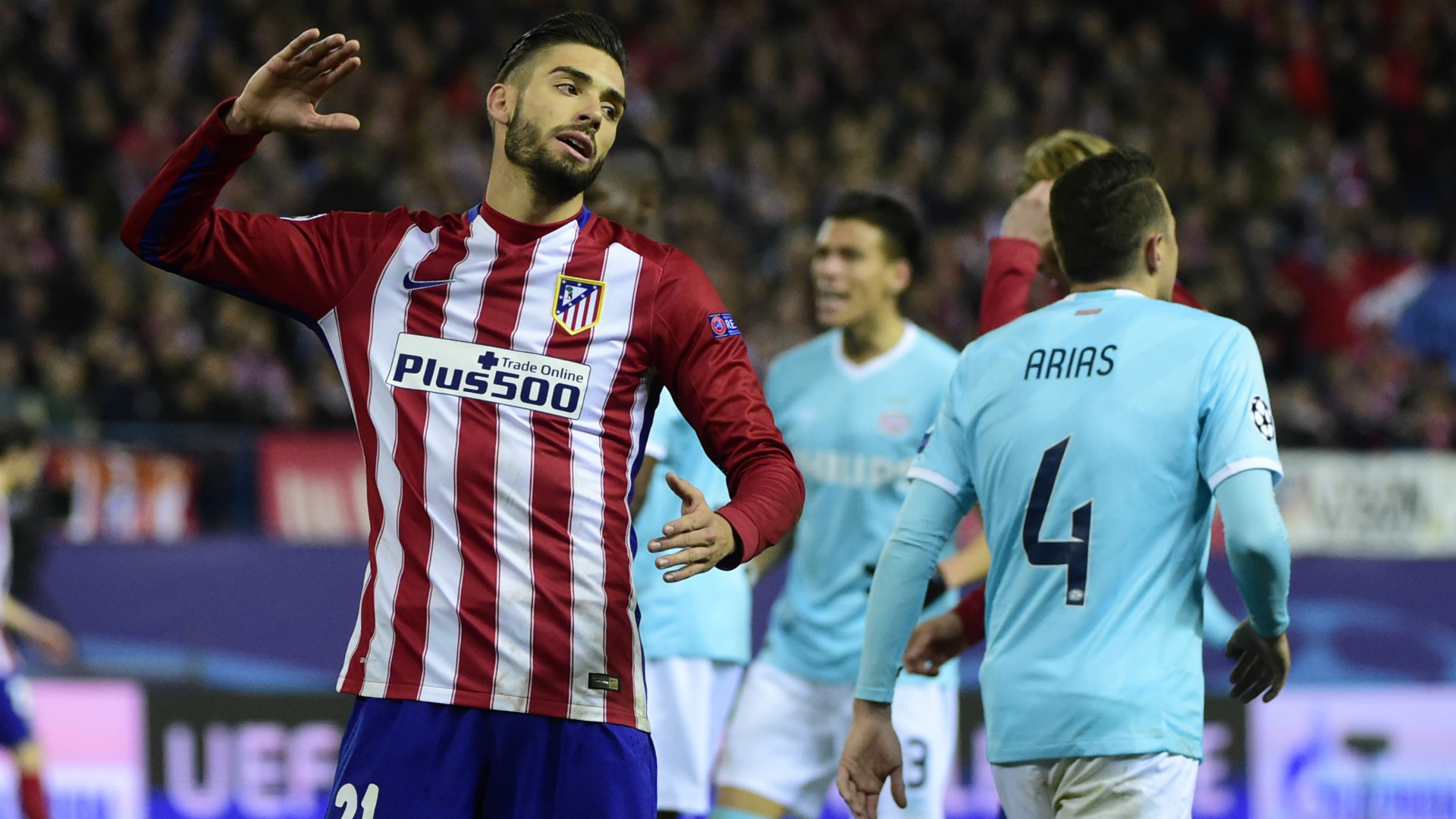 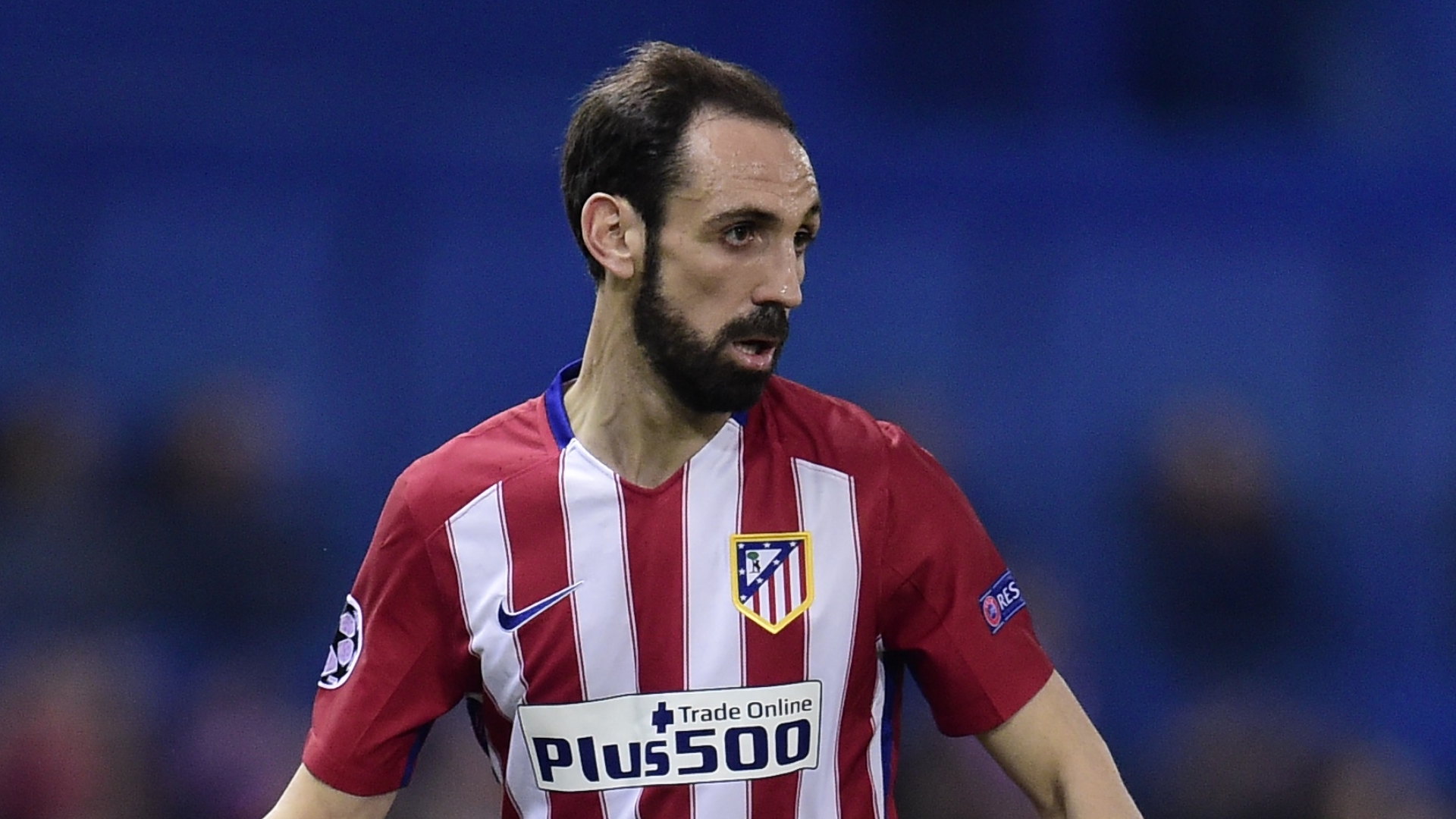 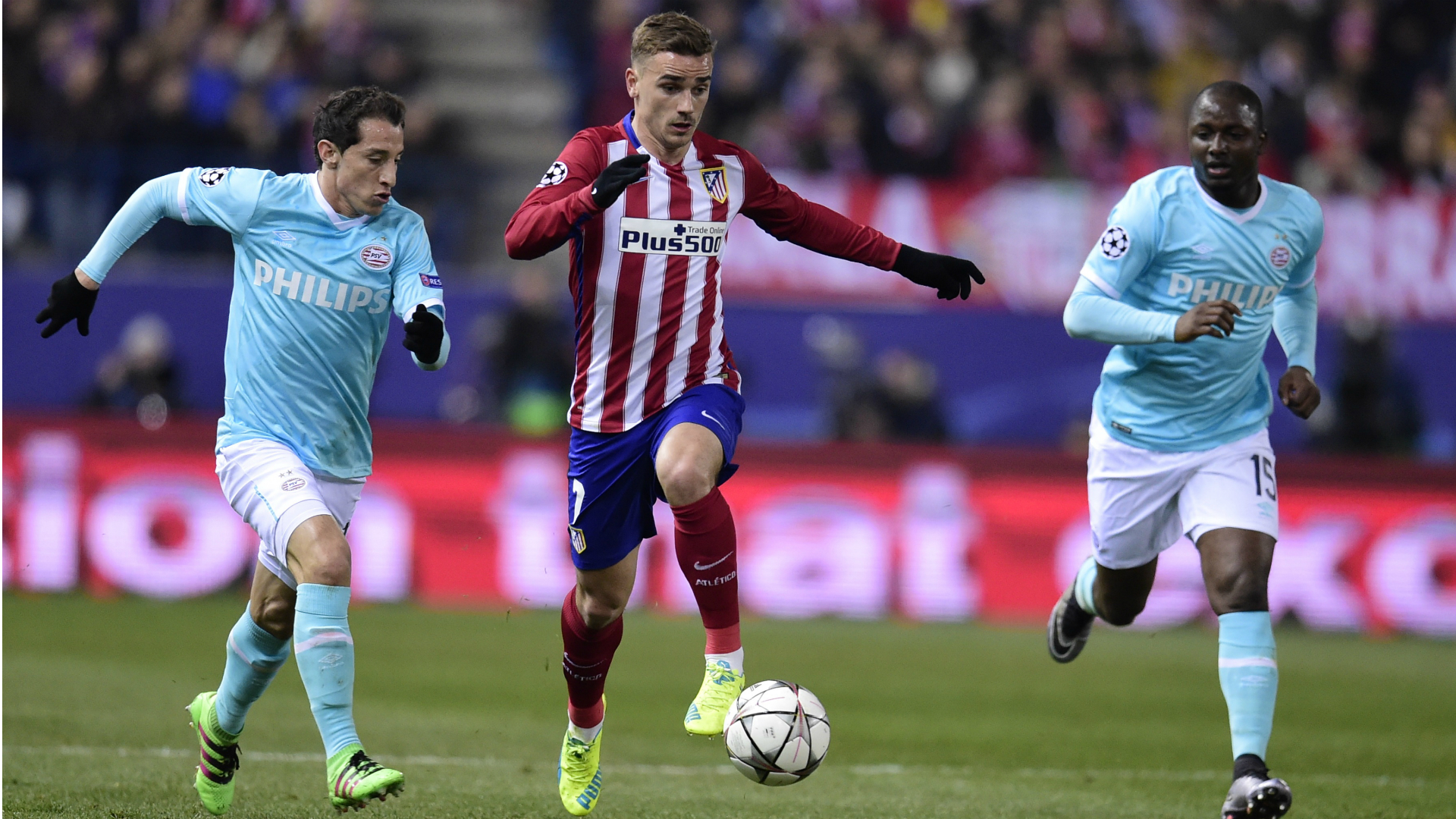 Atletico continued to push for a late winner and Zoet was again called into action when Griezmann fired a low shot straight into his arms after cutting inside from the right, before the PSV goalkeeper needed help from the post to keep Torres’ 86th-minute shot out as the game went to extra time.

Lucas Hernandez got a fine chance to gift Atletico the lead after Koke’s corner, yet the substitute failed to get his header on target.

Zoet once more proved to be too much of an obstacle when Griezmann got an opportunity to test him from 10 yards out after some great work from Saul Niguez in the 104th minute.

Andres Guardado nearly surprised Oblak with a curled shot from the edge of the box, but his attempt went just wide as the tie went to penalties.

Van Ginkel, Griezmann, Guardado, Gabi, Davy Propper, Koke, Jeffrey Bruma, Saul, Hector Moreno, Torres, Maxime Lestienne, Jimenez, Santiago Arias and Filipe Luis all scored from the spot before Narsingh hit the crossbar. Juanfran then stepped up to decide the tie and duly converted from the spot to send Atletico through.