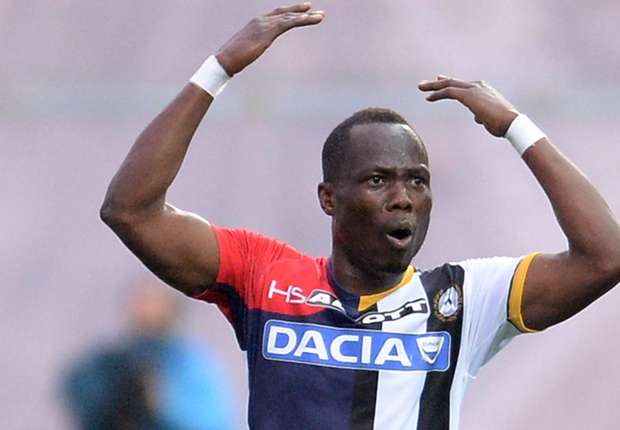 The Udinese enforcer, 24, has been linked with Watford in recent media claims and his arrival could solidify the rumours.

Badu, who is currently under contract with Italian Serie A side Udinese Calcio, is eager to quit the Stadio Communale Friuli after six seasons and would consider a move to Watford who are also owned by Udinese owners.

However an unnamed Qatari side is keen on signing the Black Stars midfielder on a speculated $3 million a year contract.

Badu featured 27 times for Udinese last seasoned and scored once.