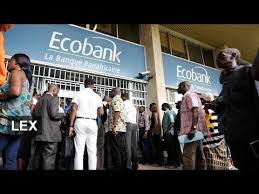 The Chief Executive Officer of the Ecobank Group, Mr Albert Essien says the bank has strengthened its corporate governance, leading to a restoration of stakeholder confidence in its operations.

Mr Essien told financial analysts, journalists and investors on the Ghana Stock Exchange that the Group has been able to re-establish the leadership rhythm with a refresh board.

The bank was recently confronted with corporate governance issues that led to the removal of Thierry Tanoh, as the chief executive officer by the board.

Mr Essien said strong corporate governance enhances a company’s sustainable business performance, which is in the interest of stakeholders.

“We have re-established our leadership mode and enhance our capital position,” he said.

The bank in the third quarter of this year showed strong earnings momentum, a good balance sheet and an enhanced capital growth.

Cost to income ratio shows consistent quarterly improvement, down to 66.6 per cent from 71.2 per cent for the same period last year.

Mr Essien said the strong performance showed the benefits of geographic and business diversification on the back of continued solid revenue growth and good cost control.

He said the bank had strategically expanded to the middle of Africa because of the huge multi business opportunities.

He said middle Africa is growing at an average of about six per cent hence the focus of the bank in those areas.

Mr Essien said the bank would further deepen its relationship with the Nedbank of South Africa and Qatar National bank to promote the cause of the financial entity while focusing on customer service.

Laurence Do Rego, Group Executive Director, Finance has enhanced its capital position and also a strong shareholder base.