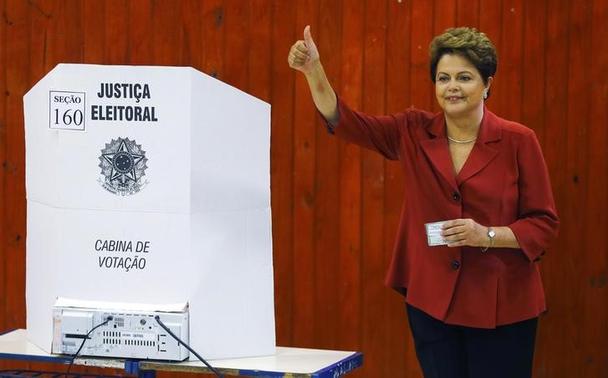 After one of the closest, most divisive campaigns in Brazil in decades, Rousseff won 51.6 percent of votes in a runoff against centrist opposition leader Aecio Neves, who won 48.4 percent with more than 99 percent of the votes tallied.

At a hotel in Brasilia where Rousseff was due to speak, party supporters waved red flags and jumped up and down, screaming in celebration.

In Sao Paulo, a stronghold of Neves’ Brazilian Social Democracy Party (PSDB), a more subdued mood was punctuated by some government supporters honking horns and screaming with joy.

Voting was peaceful and Brazil’s robust democracy is free of the political violence that mars some other countries in Latin America.