In this new fast-paced age, everything from technological advances to consumer demand seems to be growing at a more rapid rate than ever before – including our children.

The younger generation of today has the privilege of growing up in the digital age, and what that means is they are becoming more and more equipped everyday to run the world. Much of our youth already have a jump-start on success by putting their talents and drives to use, as early as possible. This means starting up companies, and becoming CEOs before they are even out of school.

There was a time when a “young CEO” was imagined as a young adult, but today, even a child can come to mind, with business owners developing before they even reach junior high. Here is a list of ten of the youngest entrepreneurs working today. 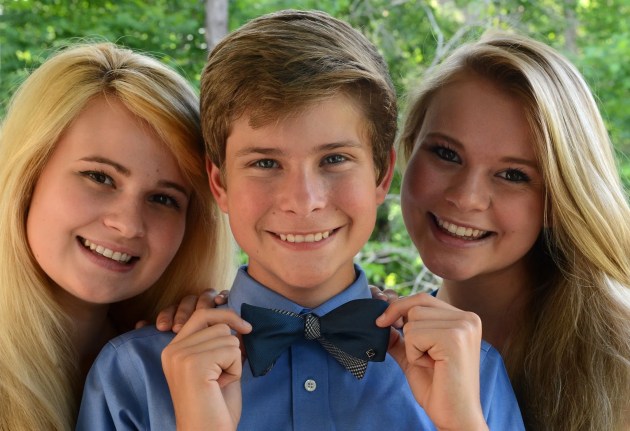 Siblings Jake (15), Lachlan (18) and Erin (20) developed the idea for Flipoutz one day to pass the time during a long family road trip. The interactive bracelets are designed with the client’s personal touch. Personalized coins in the bracelet can be bought, traded and tracked online. This allows kids to see where their coins have gone and who have owned them overtime. Back in 2010, the family even walked away with $100,000 from Shark Tank. They now hold deals with multiple online stores, and their product is even selling well in independent retail stores.

Sisters Brea and Halle got the idea to create Sweet Dreams Girlz, upon learning of how scarce all-natural beauty products were. Key ingredients in their line include shea butter and natural oils, while remaining free from any harmful toxins. Once they found success, the girls decided to expand their brand. Today, they offer everything from shoes to apparel, and even accessories. They also offer a direct selling program, SPA DIVA, which teaches young girls how to become entrepreneurs. The sisters have also been featured in Businessweek, among others, and have even been endorsed by young celebs.

At only 17 years old, this teen CEO has the honour of being the youngest to ever open the NASDAQ. She was nine when she decided to use her grandmother’s recipe to create a specialty all-natural hair product line, and by 15, she was bringing in over $100,000 in revenues each year. Best of all, she uses her position of power for good. She is an inspiration to youth everywhere, and acts as a motivational speaker and has spoken at conferences, as well as the 2009 NAACP Youth workshop. Leanna is also a philanthropist and is working towards the goal of opening safe schools in Haiti.

Ever heard of Bubble Ball? The game app was downloaded over two million times, within two weeks of its launch, knocking Angry Birds from its top position in the free app store – and it was developed by a 14 year old first time developer. He is now running the development company, Nay Games. As of May, Bubble Ball had an additional 15 levels created, for a grand total of 90. They have also developed an educational game, Sight Words and Spelling Practice, designed to help children learn to read in a fun and interactive way.

At just 12 years old, Thomas Suarez had generated enough buzz to land himself a spot on TED Talks, where he discussed his role as an app developer. His interest in technology led him to teach himself the basics such as Python and Java. From there, he created Earth Fortune, and convinced his parents to pay the fee to get it in the app store. From there, his passion only grew, and he launched an App Club at his school to teach other like-minded students the tricks of the trade. Today, he owns CarrotCorp, an app development company which is also presently seeking to revolutionize the art of 3D printing. 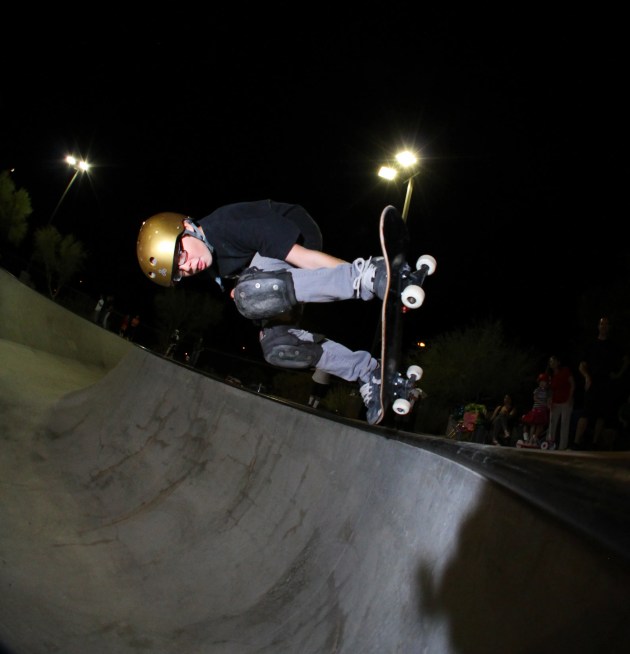 Sarkis recognized his passion for skateboarding at a young age and by 12 years old, he started to dream big. With the support of his parents, he began Liquid Chicken, a skateboard shop that sells decks, custom grip, apparel and coaching services for beginners. Right now, he’s doing it out of his own bedroom, but he hopes to one day become one of the biggest skate-shop owners in the world. 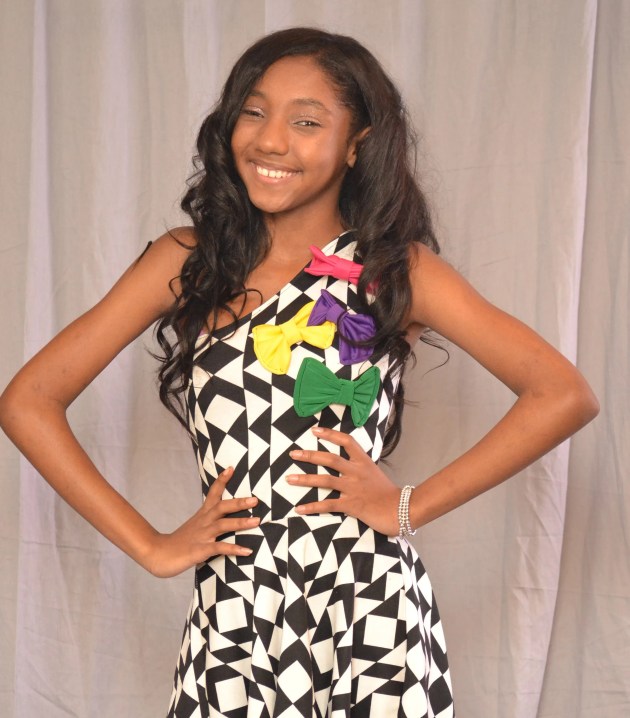 Before even reaching high school, Tyyan developed her modelling career into a music career, and has now created a fashion line, making her the CEO of PinkySez. She was only nine when she decided to venture into the world of fashion designing, in an effort to create fun expressive clothes for girls her age. Today, she is one of the youngest fashion designers to be featured in the highly distinguished events of Fashion Week 2014. Her clothes, like her music with the group PS Dolls, also promotes positive messages. Tyyan seems dedicated to empowering young girls, and her ‘go-getter’ attitude suggests she’ll be a big star in no time. 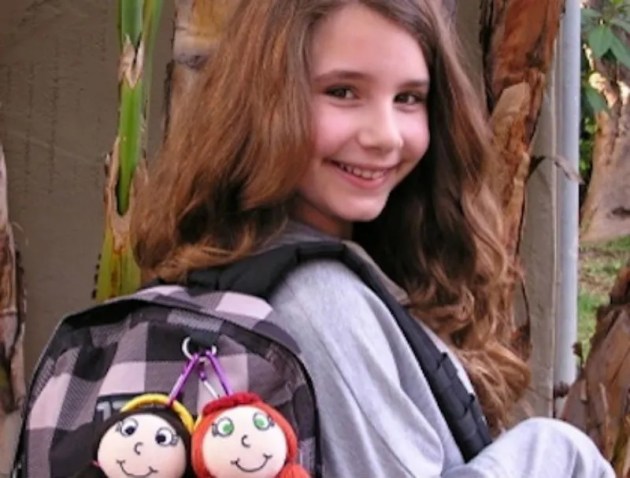 Ally has been said to be building a doll empire with her business, Guardian Angel Rainbow Division (G.A.R.D.), which began when she was only 8. As a child, she was inspired to draw guardian angels by her mother and grandfather who always told her her father was watching over her. Soon enough, Ally and her mother decided to turn the sketches into dolls so they could afford comfort to other children as well. Each is designed with different ethnic features and different background stories. Today, the dolls are sold by nearly 20 retailers, with profits benefitting a charity of the buyers choice. Currently, the thirteen year old has an animated show based on the dolls in the works.

When the Warrens began beekeeping, they quickly learned that, aside from honey, the amount of wax they could harvest was overwhelming. In the interest of not being wasteful, their mother encouraged the girls to start a business selling products made of wax. At the time, they were only 5, 7, and 9. They came up with an impressive recipe for the ever-popular beeswax lip balm, and recently added lotion bars to their product line. They are always hard at work, coming up with new and exciting flavors and scents, like root beer, and pomegranate. The girls were recently featured in Teen CEO Month by Big Head Books. 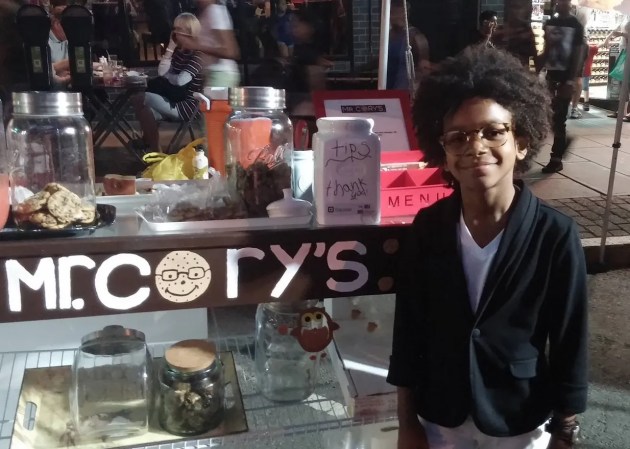 Cory, like all other ten year olds, loves cookies. So much so, that he has built his life around it. After deciding (at age five) to find a way to buy his mother a car, Cory began selling hot cocoa and lemonade. After seeing his drive, Cory’s mother suggested he expand the business and begin saving for college. Once cookies came into the mix, everything changed. Not only were his cookies popular, but Cory had the brilliant idea to create an all-natural chocolate chip cookie that people would love. It worked. Today, his business features nine different cookies, and Cory says he is looking to break into the Kosher and nut-free markets in the near future.